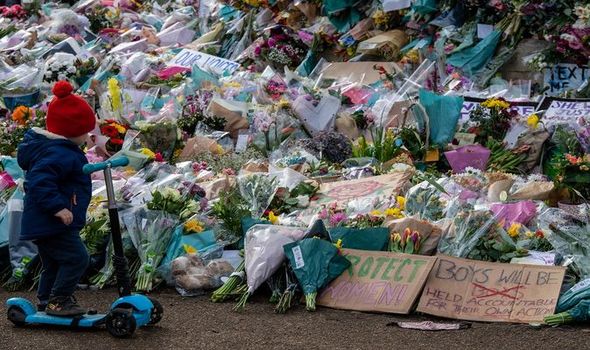 Emma Wilson, 50, said Couzens indecently exposed while she was pushing her son in a pram in 2008. She reported it to two police officers.

Ms Wilson – DJ Emma B on Magic Radio – said: “They laughed when I was describing the graphic bits and what he was doing, they thought that bit was particularly funny. I told them, ‘I’m not sure what you think’s funny.’ And they were just very nonplussed about it.

“And then, nothing happened. I didn’t hear anything else. I think they said they were going to drive around the block to see if they could see anything. But they didn’t.”

Scotland Yard is now investigating the incident and the police response following a report by the mother of two.

She said it happened in Greenwich, south London, 13 years ago. At the time, Couzens was working as a mechanic and serving part-time as a special constable in Kent. Couzens was given a whole-life term last month for the kidnap, rape, and murder of Sarah Everard.

He was serving with the Parliamentary and Diplomatic Protection Command when he falsely arrested Sarah at Clapham, south London.

Ms Wilson has waived her right to anonymity.

She said she had dropped her daughter at school and was pushing her baby son in his pram when she heard a man shout. The DJ said: “I looked over and he had his trousers down and he was exposing himself. It was horrific.” She said he moved towards her and she ran to a shop to dial 999.

Ms Wilson said that while watching TV she immediately recognised Couzens as the man who had “flashed” at her.

She added: “I really wouldn’t say anything out loud if I wasn’t very sure.

Couzens has been accused of three other indecent exposure offences.

The Met said the presenter’s complaint “is being assessed by officers from the Directorate of Professional Standards.”

A spokesman said of the November 2008 incident: “A search of the area was conducted but the man had left. CCTV inquiries were unsuccessful.”