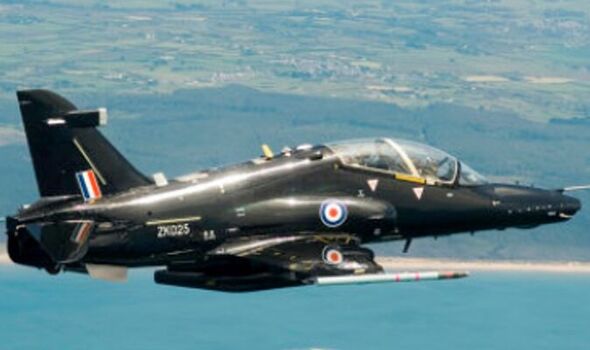 The 7700 code indicates a “general emergency”. It typically means an engineering issue with the aircraft but is not yet known why the 7700 signal was transmitted on this flight.

Explaining the general use of the signal, SimpleFlying said: “This code is used to communicate all emergencies onboard a flight…

“Depending on the nature and severity, crews may conduct checks before formally declaring an emergency.

“When squawk 7700 is declared, all nearby ATCs (Air Traffic Control) are also informed of the emergency and pilots can fly the plane as they see fit regardless of the rules.”

Over the last week, three commercial planes have issued the 7700 signal.

An EasyJet flight from Amsterdam to Faro transmitted the signal yesterday morning.

The day before, a Jet2 flight from Palma de Mallorca to Edinburgh did the same.

And last week, a Scandinavian Airlines flight from Stockholm to Dublin was forced to land in Edinburgh after emitting the emergency “squawk”.

The flight, which was due to arrive in Dublin at 11.10am, was forced to perform an urgent diversion as a result of the emergency.

Earlier this month, a Jet2 plane was also forced to make an urgent landing after declaring an emergency situation on one of its flights from Alicante to Edinburgh.

A Jet2 spokesman said that a customer onboard required “medical assistance.”

Captain Ken Hoke, a Boeing 757/767 pilot, explained that while the 7700 signal does mean there is an emergency on board, the crew usually has plenty of time to “evaluate the problem”.

Speaking to FlightRadar24: “In most ’emergencies’ we aren’t in a big hurry.

“Unless it’s smoke, fire, or low on fuel, we can usually take our time to evaluate the problem.

“If we are in cruise flight and get a warning message of some sort, we may spend several minutes working the problem with a checklist.

“If time permits, we can contact dispatch and maintenance personnel via radio or SatComm to get additional guidance.

“If we determine that the capabilities of the aircraft have been reduced, we may elect to declare an emergency and figure out the best place to land.”