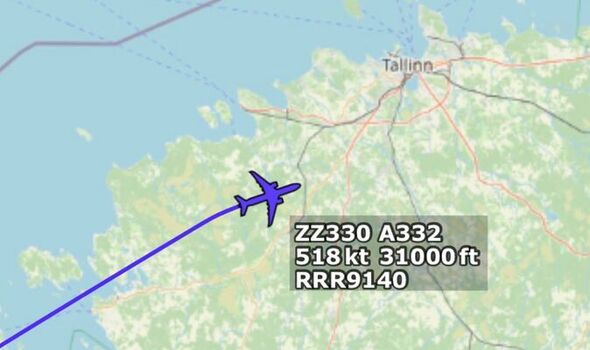 The air-to-air refuelling tanker aircraft flew over Estonia close to the country’s capital Talinn on Thursday morning. Its appearance comes after RAF Typhoons from RAF Lossiemouth joined NATO-led exercise Ramstein Alloy in the skies over the east European state.

The huge air exercise aimed to train quick reaction forces protecting the skies in the region. It also sought to demonstrate NATO’s airpower.

Lieutenant General Pascal Delerce, Deputy Commander Allied Air Command, said in a statement: “Allied fighters train consistently throughout the year with allies and partners to maintain the highest levels of readiness and performance.

“Exercises such as Ramstein Alloy are the foundation of our air policing mission, which is a part of the 360 degree deterrence of the Euro-Atlantic Area.”

According to the RAF, Voyager is the RAF’s sole air-to-air refuelling tanker. It also operates as a strategic air transport.