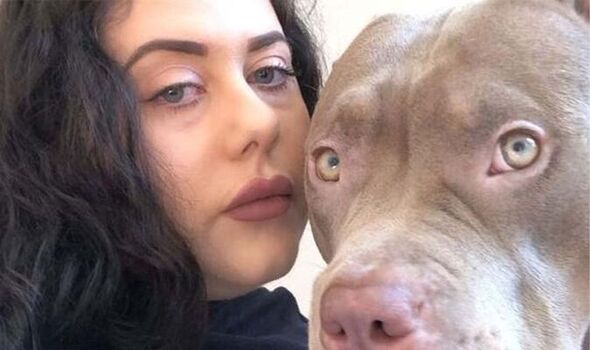 Alina O’Malley, a hospitality manager from Derby, decided to try and breed puppies from her American XI Bully dog Arizona. She knew that puppies from this breed would be in high demand, potentially worth thousands of pounds, and wished to carry on her pet’s bloodline.

Everything in Arizona’s pregnancy was progressing well, with at least eight healthy puppies showing up on scans. Ms O’Malley claims her dog did not suffer from any health complications and the labour seemed to be progressing normally.

Concerned that Arizona may become tired by delivering 13 puppies, she explored the option of a Caesarean-section operation with Easipetcare on London Road, Derby. There she claims to have received little to no advice about the risks of a C-section, or the alternatives.

Ms O’Malley said: “My whole world has been shattered when I took my beautiful Arizona for a C-section on April 27, at Easipetcare. This disaster C-section resulted in 13 healthy puppies dying within two hours of the C-section.

“Firstly, I just want to stress that her labour was going smoothly, there was no discharge, no stuck puppy, nothing concerning,” said Alina, Derbyshire Live reports. “The only reason I took her to see the vet was because I was conscious it was a big litter, and she would get too tired to deliver them all naturally and I would have to take her for C-section half way through.

“I wanted to ensure the health of my dog and the puppies. There was no green discharge, no blood discharge, nothing abnormal about the labour to cause concern for the puppies inside. The puppies were still visibly moving in her stomach when we took her to the vets.

“She had not been straining or contracting, she was still in first stage of labour and had not gone past the recommended 24 hours. Everything was smooth, I was just concerned that she would get too tired mid way through Stage 2 of labour, so wanted to take her to the vets to see what they advise.”

Leaving her dog at the vets, Ms O’Malley, 26, left the surgery for the C-section to be carried out. While away she claims she received a phone call from the reception asking if the vets could administer fluids to Arizona due to the large litter.

She was told that all 13 puppies and her dog were healthy and well, and she began to prepare to hand feed the puppies by buying special milk and researching online. At around 8pm the same evening, just two hours after the initial phone call, a member of staff called her to tell her that all 13 puppies had died.

She added: “The vet, to my absolute astonishment said all 13 puppies had died. At this point he offered an explanation that there was liquid in the pups and that’s why they didn’t take their first breath, and that no pups took a breath. However upon arrival [at the vet surgery], this changes to many different reasons. He discussed that actually two puppies did take breaths so they concentrated on those two puppies but then they didn’t survive, changing from the earlier story.

“Then they discussed that the general anaesthetic may have made it difficult for them to take their first breath because they would have been drowsy. This was never mentioned as a risk or possibility.”

Ms O’Malley believes only two people were carrying out the procedure, which she claims is not enough to look after 13 puppies and her dog.

She said: “I would have understood losing a couple of puppies, but a whole litter tells me something went drastically wrong, especially after that initial phone call that stated all puppies and mum were healthy and well.”

Now, Ms O’Malley is desperate for answers as to what happened to her 13 puppies and how the C-section became so disastrous.

She said: “I have no answers, no reasons as to why 13 beautiful souls were taken away. These 13 puppies , with this pedigree and colour are worth thousands, I have lost around £50k from this litter.

“But truly it isn’t about the money, it’s about 13 innocent lives, and my beautiful dog never being the same again. She has been a completely different dog since she got home, no wagging her tail, just constant pacing, crying and digging.