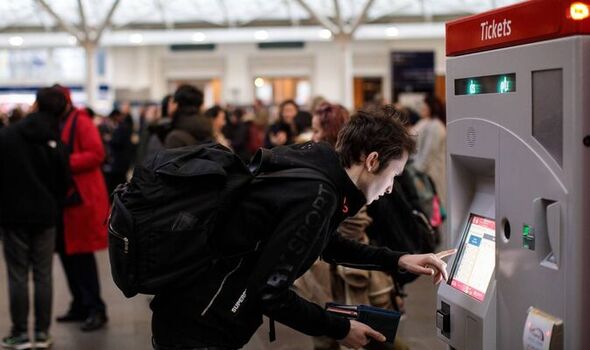 Paul Tuohy, from the Campaign for Better Transport, said: “Households that are already struggling could find the cost of getting the train to work increasing by many hundreds of pounds. “Large numbers of commuters could be priced off trains altogether. We urgently need a fares freeze for 2023.”

The possible price rise means commuters who travel into London face an average yearly season ticket rise of £550, taking the amount they pay to £5,500.

Season tickets for regional commuters would rise by an average £240 to take their fares above £2,000.

Britons have already been hit by months of rail chaos because of strike action, including last weekend.

Commuters will be hit by further strikes on Thursday and Saturday which will cripple the whole rail network.

Members of the RMT and TSSA unions will strike on 18 and 20 August, while industrial action will be taken on 19 August by London Underground and London bus drivers.

An estimated 6,500 train drivers belonging to Aslef were on strike on Saturday in a dispute about pay at nine rail companies, including Avanti West Coast, Southeastern and West Midlands Railway.

Five companies ran no services, while four others had a limited service.

Holidaymakers, football fans and tourists were among tens of thousands of passengers affected.

Mick Whelan, general secretary of Aslef, said: “We don’t want to go on strike. Strikes are always a last resort but the companies, and the government, have, I’m afraid, forced our hand.

“We don’t want to inconvenience passengers because our friends and families use public transport too, because we believe in building trust in the railways in Britain, and because we don’t want to lose money by taking industrial action.”

Rail industry bosses and union group Aslef are expected to hold formal talks this week over the strike on Saturday.

Steve Montgomery, chairman of the Rail Delivery Group, and Mr Whelan confirmed the talks would go ahead following the 24-hour action.

Mr Montgomery said: “It is important we get round the table and we start to have meaningful discussions about how we can look at reform so that we can then offer our staff a pay increase.”

“It is really important we take this opportunity and try and hopefully prevent further strikes and get some result to this situation.”

The Department for Transport said Ministers would meet this week to discuss cutting the link between the July figure for RPI and rail fare rises. They hope to make the percentage increase lower than July’s RPI.

A spokesman added: “We urge the unions and industry to agree a deal that is fair for rail staff, passengers and taxpayers.”