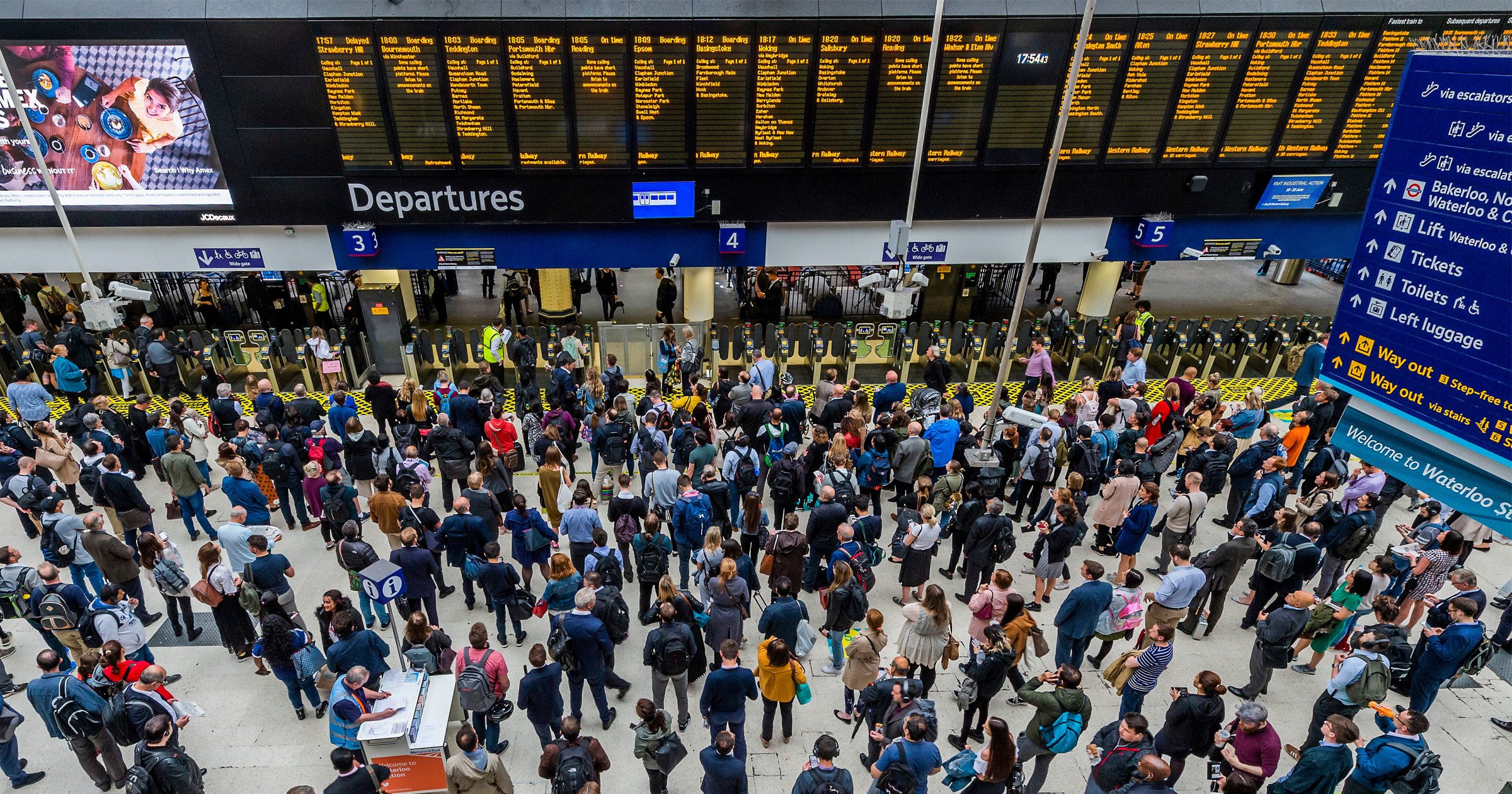 Train network staff have voted to press ahead with what could be the biggest rail strike in modern history.

RMT members from Network Rail and 15 major franchise operators from across the country will walk out this summer over a pay, jobs and conditions dispute.

With signalling staff signed up to join the action, as many as four fifths of services could be axed, including all early morning and late night trains.

The government has already started to plan for the impact on freight, with the prospect of empty shelves in supermarkets worrying ministers.

RMT general secretary Mick Lynch has previously said the industrial action would ‘bring the country to a standstill’.

More than two thirds of the 40,000 members balloted took part in the vote, with 89% backing strike action and just 11% voting against.

The union is now expected to demand urgent talks with 16 organisations it is in dispute with, armed with a mandate from thousands of workers to order a mass withdrawal of labour if they don’t produce a compromise.

Mr Lynch said: ‘Today’s overwhelming endorsement by railway workers is a vindication of the union’s approach and sends a clear message that members want a decent pay rise, job security and no compulsory redundancies.

‘Our NEC will now meet to discuss a timetable for strike action from mid-June, but we sincerely hope ministers will encourage the employers to return to the negotiating table and hammer out a reasonable settlement with the RMT.’

It’s unclear precisely when the walkout will take place but trade unions must give at least a fortnight notice before striking.

The timing of the vote means it won’t coincide with the extended Platinum Jubilee Bank Holiday weekend.

Another rail union, the Transport Salaried Staffs’ Association (TSSA), has warned of a ‘summer of discontent’, with similar action on the way unless pay disputes are resolved.

It comes amid an ongoing dispute between Scotrail workers and the Scottish government, which has already resulted in a reduced timetable because of a union-backed overtime ban.

Tube workers are also planning strike action on June 6, with a smaller walkout planned at Euston and Green Park stations on June 3.

Which train companies could be impacted by the RMT strike?

RMT members from 16 organisations have voted to take part in a massive strike over pay, jobs and conditions this summer.

If it goes ahead, it’s expected to be the biggest walkout of its kind in modern history and could result in empty shelves in supermarkets.

Network Rail staff, who are responsible for signalling, are taking part, as well as workers from these 15 different franchise operators: