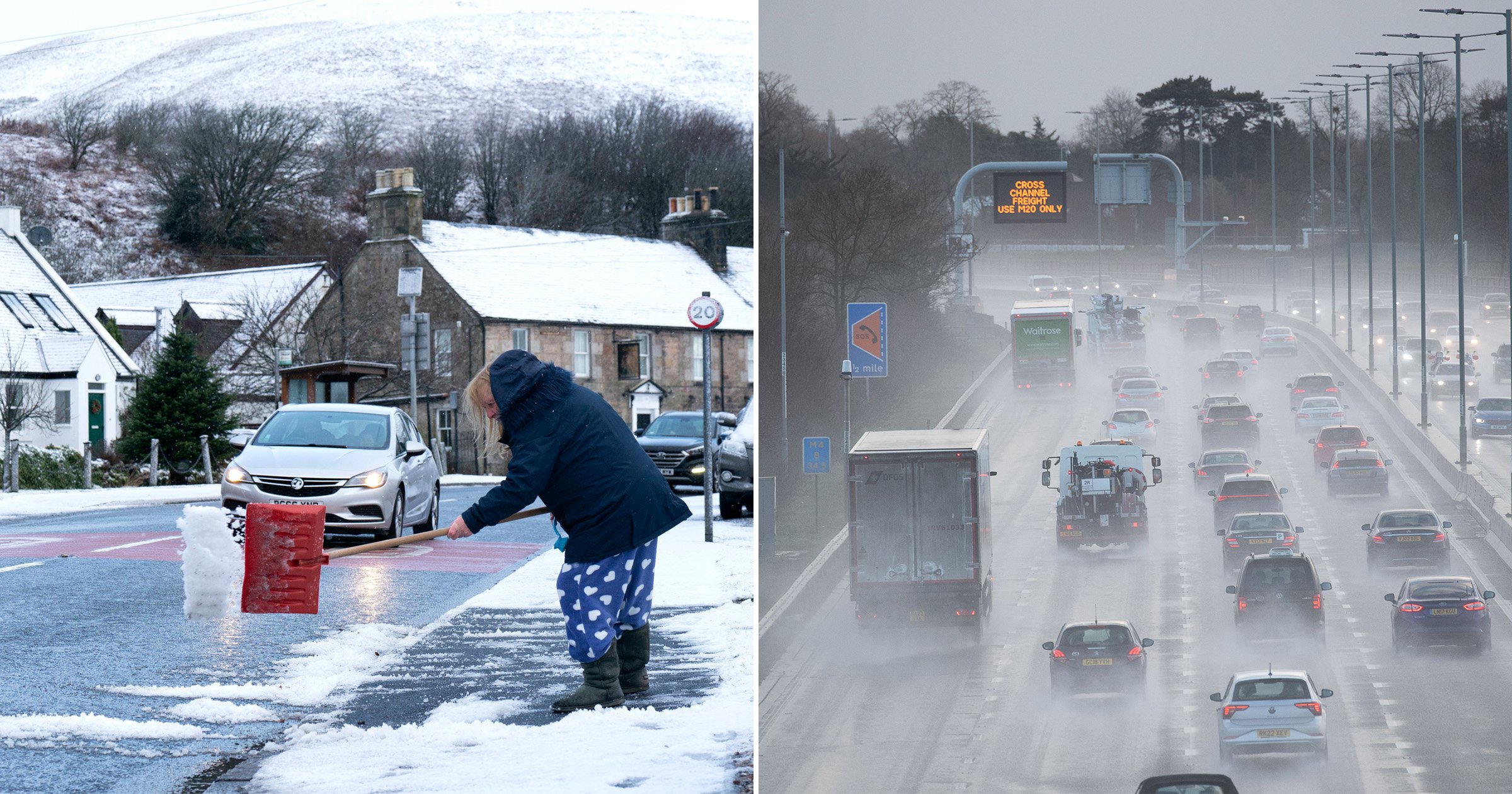 The country is in for a few days of unsettled weather right up until the New Year.

A yellow weather warning has covered the Highland and Grampian, in northern Scotland, since yesterday and has remained in place for today.

Worries about the snow should let up by tomorrow but the warning for ice will stay throughout the day.

This wet and windy weather is expected to continue for the rest of the week, dashing any hopes for a drier New Year’s celebration.

There will ‘probably be showers over New Year’s Eve and New Year’s Day’, the Met Office told Metro.co.uk.

Meteorologists also forecast things will be ‘quite windy’, especially in coastal areas.

It is possible next week will see drier spells, especially in the south and southeast, but it will probably still be windy during these periods.

Temperatures are currently normal and they are set to stay like this, although the air might feel colder in the north.

This Christmas was technically a white Christmas in parts of the country – although not the kind of one seen in pictures.

Some snow did fall in parts of Scotland and Northern Ireland, with the Met Office recording it at five different locations.

Edinburgh was the largest city to see a bit of snow but nowhere saw anything like the levels earlier this month.

Forecasters said it was too mild for widespread snow over Christmas, with much of what did fall closer to sleet.

Last Christmas 6% of Met Office stations recorded snowfall, but just 1% had snow lying on the ground. In 2017 some 11% of sites recorded snow falling.

But forecasters have to go back to 2010 to find a December 25 where people would remember waking up to snow on the ground.

On Christmas Day this year, the Met Office recorded a high of 12.7°C in Chertsey, Surrey, while Loch Glascarnoch recorded the lowest temperature of 2.7°C.