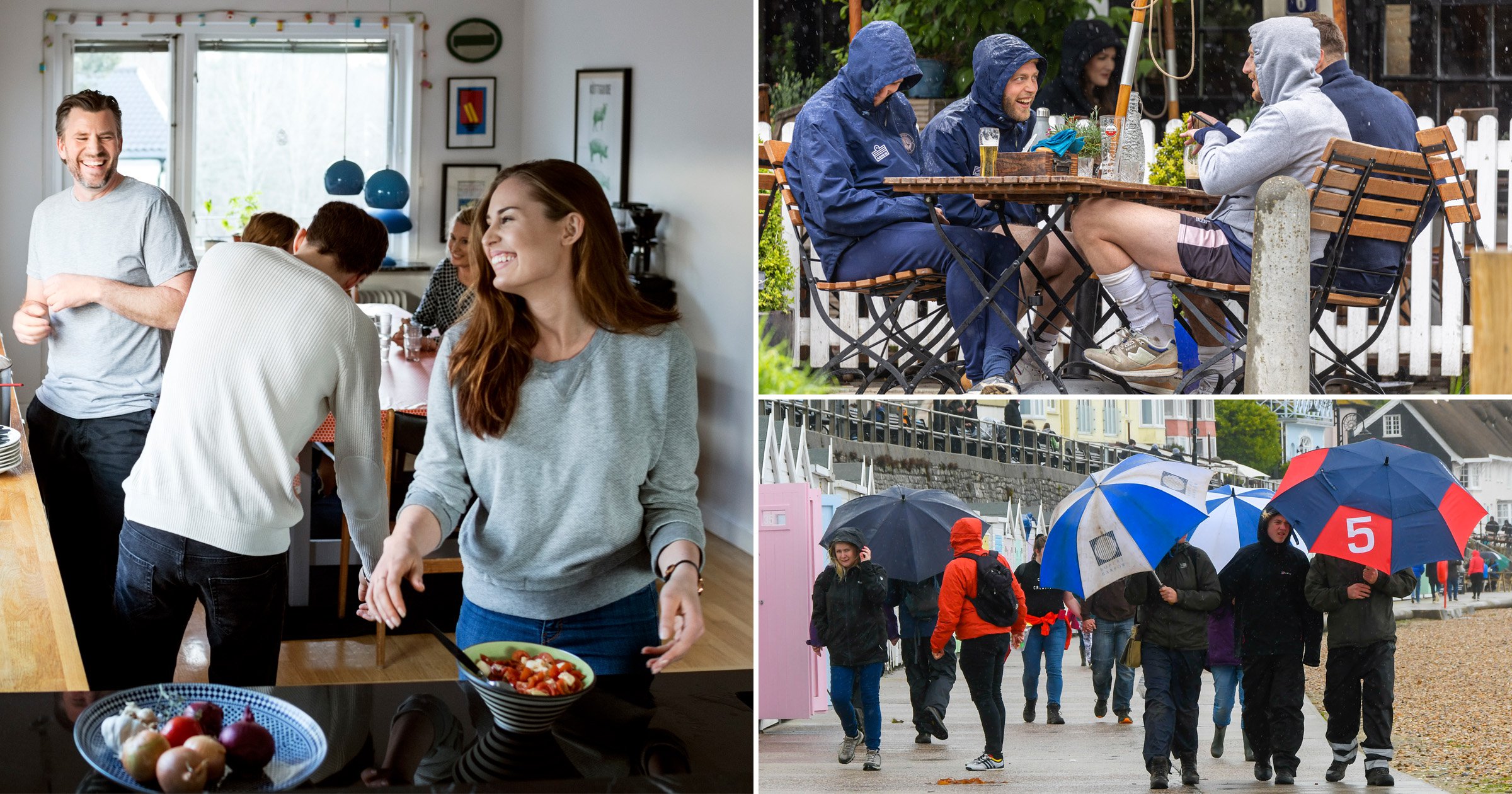 Heavy downpours are expected next week as Brits are finally allowed to meet indoors again when lockdown is eased.

According to the Met Office, rain, hail and thunder are forecast over the next few days.

A Met Office forecaster told Metro.co.uk: ‘They’ll be plenty of showers still to come as we go through this week.

‘Monday, Tuesday, widespread showers, heavy, bringing some hail and thunder with them.

‘Wednesday may be the driest day of the week, but there will probably still be some showers around.

‘Thursday or Friday we are expecting a swathe of wet and windy weather to sweep in from the West, the timing is a bit uncertain at the moment.

‘In the lead up to that it’s sunny spells but plenty of showers.’

The Met Office forecaster added temperatures could ‘creep up a little bit to around the seasonal average of 18, 19 or possible 20C.’

People in England will be able to mix indoors from tomorrow as restrictions are lifted in the latest stage of the Government’s roadmap out of lockdown.

Indoor hospitality venues, including pubs and restaurants, will begin welcoming guests and letting groups of up to six people share a table inside.

The rule of six will still be in force for indoor meet-ups, although more than six people may meet inside if there are no more than two households mixing at once.

Those in England have had to keep at least two metres away from anyone they don’t live with throughout the pandemic, meaning hugs have been effectively outlawed.

But people will finally be able to embrace their close friends and family again from Monday.

Overnight stays at each other’s homes are also back on the cards.

The number of people allowed at wakes and weddings will be increased from 15 to 30.

Meanwhile, if the rain keeps falling at the same pace as it has at the beginning of the month, it could be one of the wettest Mays on record.

By Friday there had been 91% of the expected rainfall for the entire month, with 63.5mm having fallen already.

Met Office forecaster Steven Keates said even if the record is not broken, it will be a ‘notably wet month’.