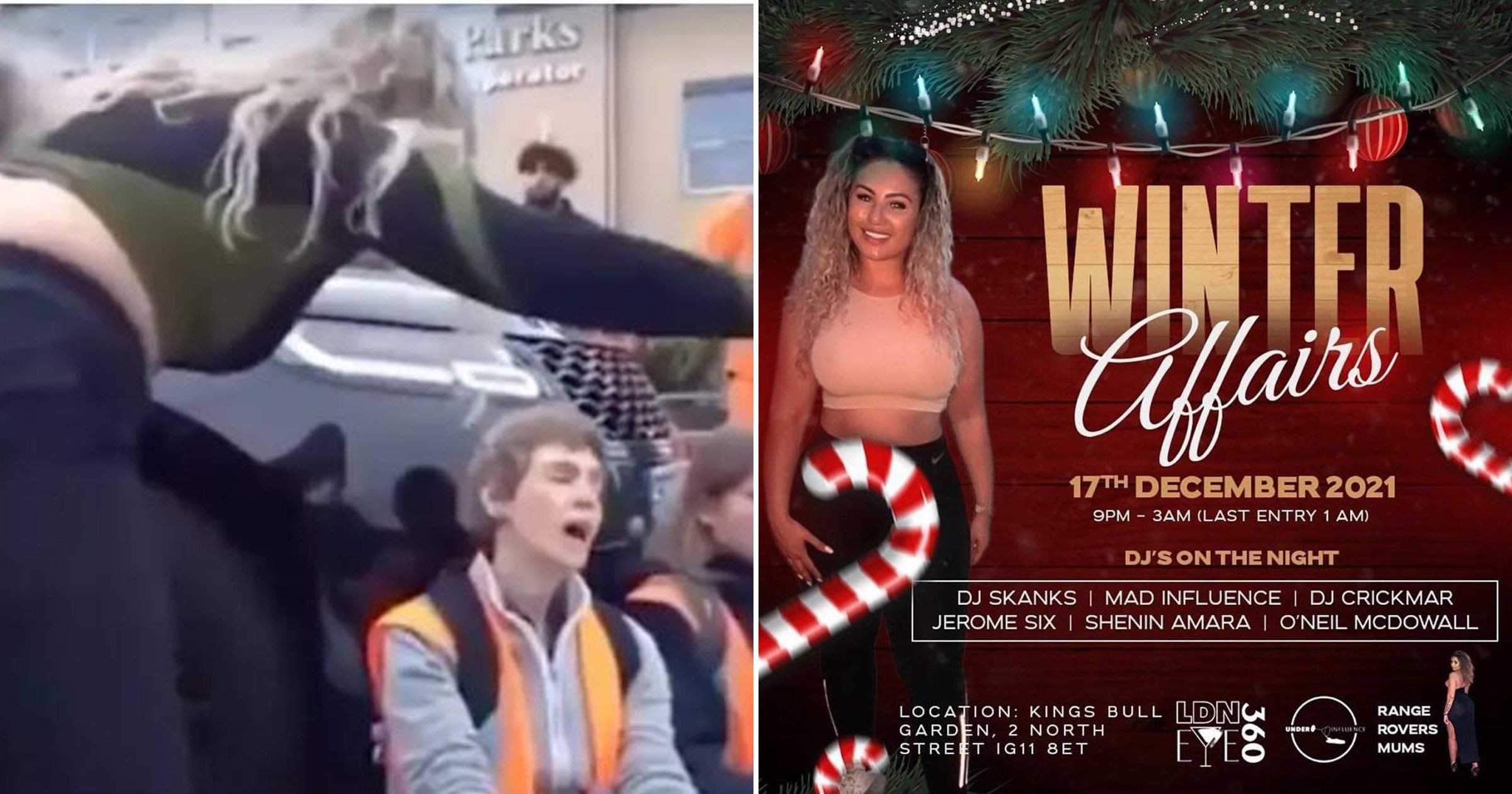 The mum who drove her car into Insulate Britain protestors while they blocked a motorway appears to have capitalised on her fame and offered meet and greets.

Sherrilyn Speid, 34, went viral last month when she was filmed driving her Range Rover into a group of three women blocking a road as part of a climate change protest.

She revved her large 4X4 into the demonstrators’ backs then got out of her car, grabbed a poster from one of them and said: ‘Move out the way. I’m not joking. My son needs to get to school and I need to get to work.’

When the activists would not budge, she threatened to ‘drive through’ them.

Indeed, she went on to inch the car further into their backs – until one of them shouted: ‘Ow, ow ow, no.’

She later said: ‘I was just standing up for my son. I’m very passionate about that.’

But she went on to clear things up on GB News, saying: ‘I would never hurt anyone. They wasn’t listening to me.

‘When I tried to do it in a nice way they completely ignored me. So my thinking was I would get in the car and rev it a little bit.

‘All of that “ow ow ow” was dramatic and fake. There’s no way it hurt them. They still didn’t move.’

Although many criticised her for endangering the protestors, she garnered much online support for her ‘whole lionness for her kids vibe’.

She even adopted the name ‘Range Rover Mum’ on her Instagram account, according to Unilad, but the nickname is no longer visible on her page.

She told her 15,300 followers that fans can come to meet her at the Winter Affairs Christmas party on December 17.

‘I would love to meet you all. Come say hi & celebrate with me, this will be the party of the year,’ she wrote.

But the poster and Ms Speid’s Instagram post have since been changed. On the original flyer, Ms Speid was photographed in the corner with the slogan ‘Range Rover Mums’.

Now, just the photo of Ms Speid in a long black dress appears, without any text.

She reposted the new flyer on Saturday afternoon, with the caption: ‘Due to unwanted attention we had to change the location.

‘Can’t wait to party with everyone, follow the link in my bio for tickets. This is gonna be the party of the year.’

The mum wrote: ‘[Insulate Britain] were jailed because they were playing with traffic and blocking working-class people from getting to hospital, work, school, etc.

‘I stood up for what I believe in and wasn’t jailed because I didn’t actually hurt anyone. Ow ow ow NO’.

She was talking about the nine Insulate Britain activists who were jailed on Wednesday, for blocking the M25 despite an injunction being in place.

They were all jailed after they told the court they would block a road again.