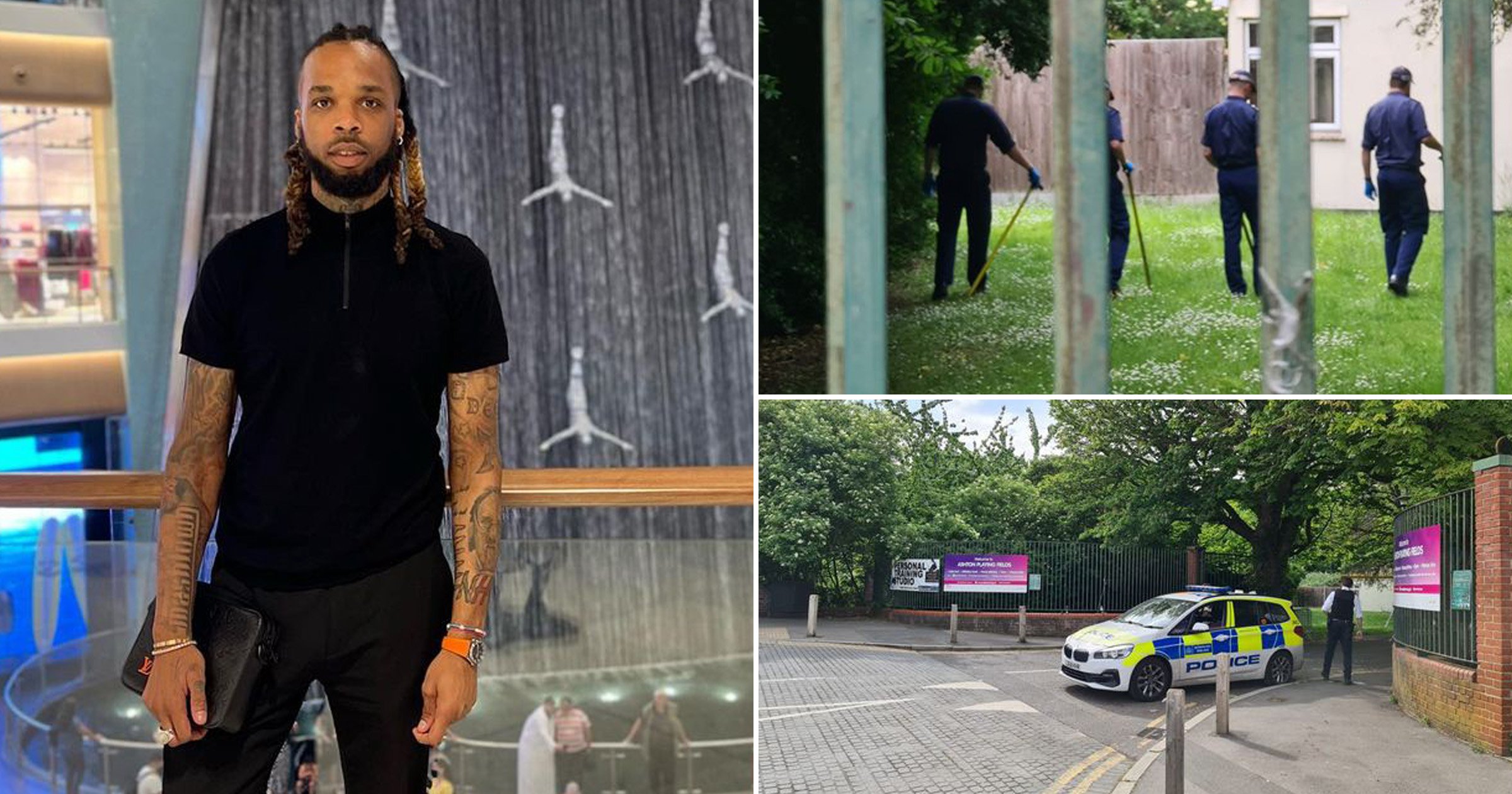 The rapper Hypo, who used to date Emeli Sande, has been stabbed to death at a party yesterday as the country celebrated a Jubilee Bank Holiday.

Hypo, whose real name was Lamar Jackson, had filmed himself arriving at the event in east London shortly before he died.

Police have launched a murder investigation after he was killed just after midnight on June 3.

Officers responded to reports of a fight, and found him with stab injuries at the event on Chigwell Road in Woodford Green.

Emergency services tried to save him but Hypo, 39, was pronounced dead at the scene.

Police said they are still awaiting formal identification, but have informed his family who are being supported by specialist officers.

Witnesses alleged that some partygoers ‘deliberately blocked’ an ambulance which arrived to help.

A local businessowner said he heard ‘lots of shouting and cars leaving’.

Half an hour later an ambulance arrived, the witness said, but couldn’t get access to the facility as cars had allegedly blocked the entrance. He claimed that the cars didn’t seem to be trying to leave but instead were ‘deliberately trying to block access to the ambulance’.

Another resident who witnessed the scenes said: ‘There were people sitting in their cars and it looked like they were deliberately blocking this ambulance with its blue lights on from getting to the venue.’

The witness, who didn’t want to be named, said: ‘My house backs onto the venue the party was held in. The loud music started at about 4pm and I reckon there were like 100 people turning up to this party.

‘At around midnight I heard shouting and screaming and could see a massive fight with dozens of people involved. I knew something wasn’t right, I could just feel it…’

People then began to flood into the street and leave the area in their cars, she claims.

‘My kids shouldn’t have to witness a murder scene from their bedroom windows. They were asking about it today, what do you tell a child about that? When police arrived lots of people had left but they kept some people to talk to them. What happened was just disgraceful,’ she said.

She also alleged that she was threatened by one of the partygoers after the incident.

‘As people ran away one man knocked over my bin and from my balcony I asked him why he did that,’ she said. ‘He threatened me saying he was going to “slap me up” and that he knows where I live and would come back for me.’

Police also believe that other guests filmed him being stabbed and some may have unwittingly caught the attack on mobile. They have appealed for anyone with footage or information to come forward.

Hypo and former girlfriend Emile Sande worked together on a record label.

He was a partner at the label, Hard Copy where the late Jamal Edwards also worked as a producer. The star became famous with his Mashtown group, performing alongside Asco and Margs and they had appeared on Tim Westwood TV.

Hundreds of friends and fans have paid tribute to Hypo on social media with many sharing videos of him performing.

Actress Tanika Bailey paid her tributes on social media and said: ‘Hypo.. my big brother.. we fight like cat & dog!, but I would’ve never wished death on you.. only Jah know, I’m sorry this happened!’

Rapper Genesis Elijah also remembered Hypo and said: ‘I still got footage of me Hypes and Dappy chilling at the shop that I never put out. RIP Hypo.’

There have been no arrests at this stage.

Metropolitan Police detective chief inspector Laurence Smith said: ‘This attack happened at a party and we know that a large number of people would have been in attendance. I would urge anyone who is yet to speak with us to come forward and let us know what you saw.

‘It is possible that events leading up to the stabbing, and perhaps the murder itself, were captured on people’s phones. Please take a look and call us. It is vital that we establish what happened.’