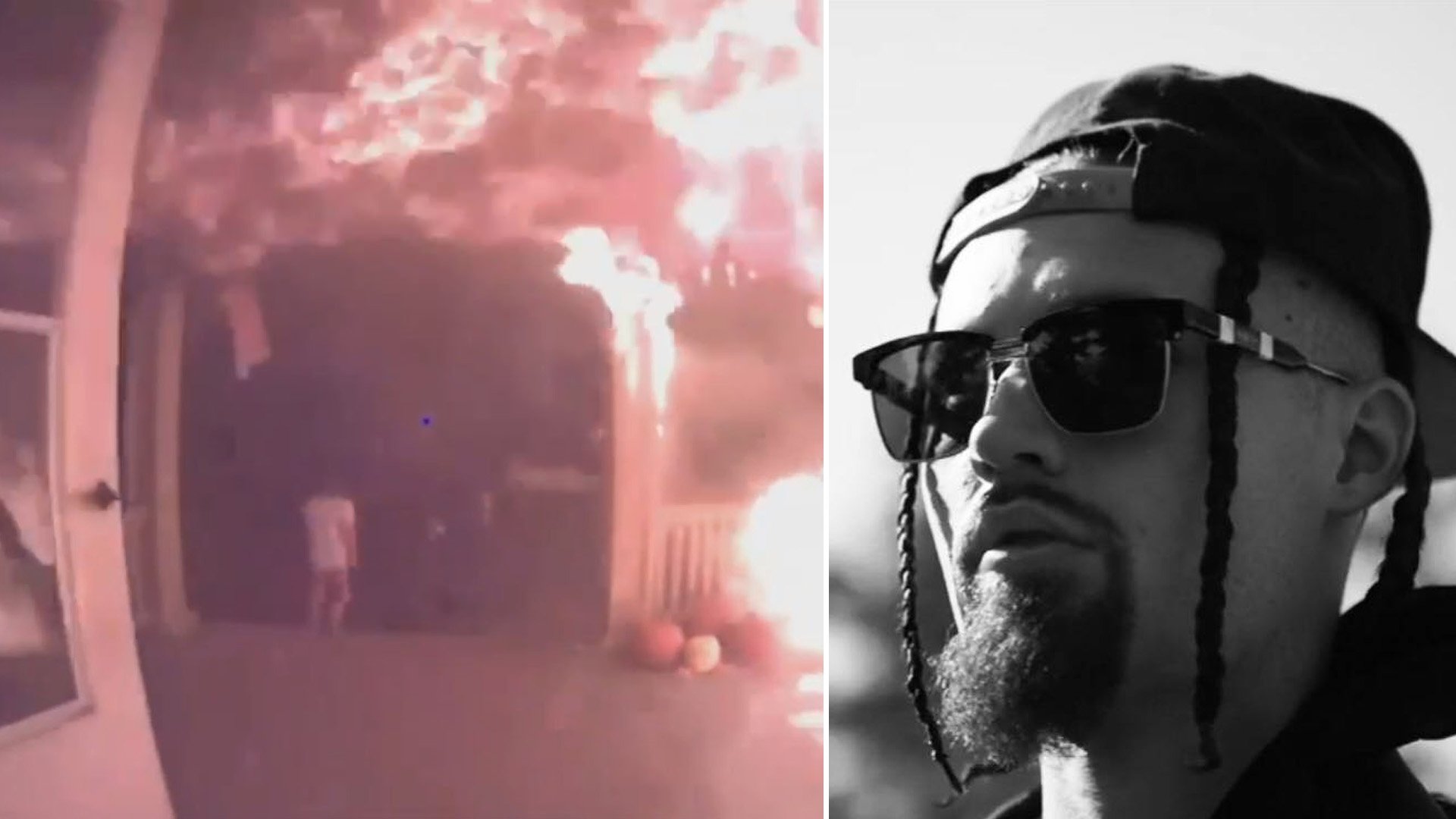 An aspiring rapper has been hailed a hero for waking and saving four siblings from a house fire after making a wrong turn onto their street.

Brendon Birt, who goes by Blase 96, was driving in the town of Red Oak in Iowa when he made the wrong turn and noticed the house fire. At the time, homeowner Tender Lehman was in Montana dealing with a family emergency and her three children and their brother were asleep at home.

‘My daughters house burned down, it’s a total loss. She is married with 4 kids living with her,’ wrote Windy Monjarez in a GoFundMe page for the family.

‘Thanks to their quick actions and our hero Brendon Birt, everybody got out with seconds to spare.’

The three youngest children, aged 8, 14 and 17, were being cared for by their 22-year-old brother, Bryce Harrison. They slept through as the fire burned because the smoke detectors did not sound.

Birt began banging on the windows.

‘Like every second that was going by was just getting worse. I just felt like somebody was in there because it was so late at night, you know?’ Birt told KCRA. ‘I just knew that I had to act quick.’

A clip recorded by the home’s Ring doorbell camera on October 23 shows the front porch of the home in flames and Birt going around the side and knocking and warning of a fire.

Lehman’s three youngest kids are seen running out of the front door, followed moments later by their oldest sibling.

‘They came out the door. Like, I just felt like, I just wanted to break down and cry,’ Birt said. ‘Like, I don’t even know these people here.’

The inferno killed five of the family’s seven dogs and destroyed the home. The town fire department is investigating the cause of the blaze.

‘I’m so incredibly grateful,’ said the mother. ‘My kids wouldn’t have made it, man. They’re safe, and they’re safe because of him. I mean, lives were saved here. Souls.’

The GoFundMe had raised more than $9,000 as of Monday afternoon.

‘My son in law is a Union Boilermaker and my daughter is in college to become a nurse. Anybody who knows them, knows their hearts! They would and have helped everybody who has ever needed it,’ wrote Monjarez.

‘They are homeless and have nothing left. Please consider donating, but at the very least please share!!’