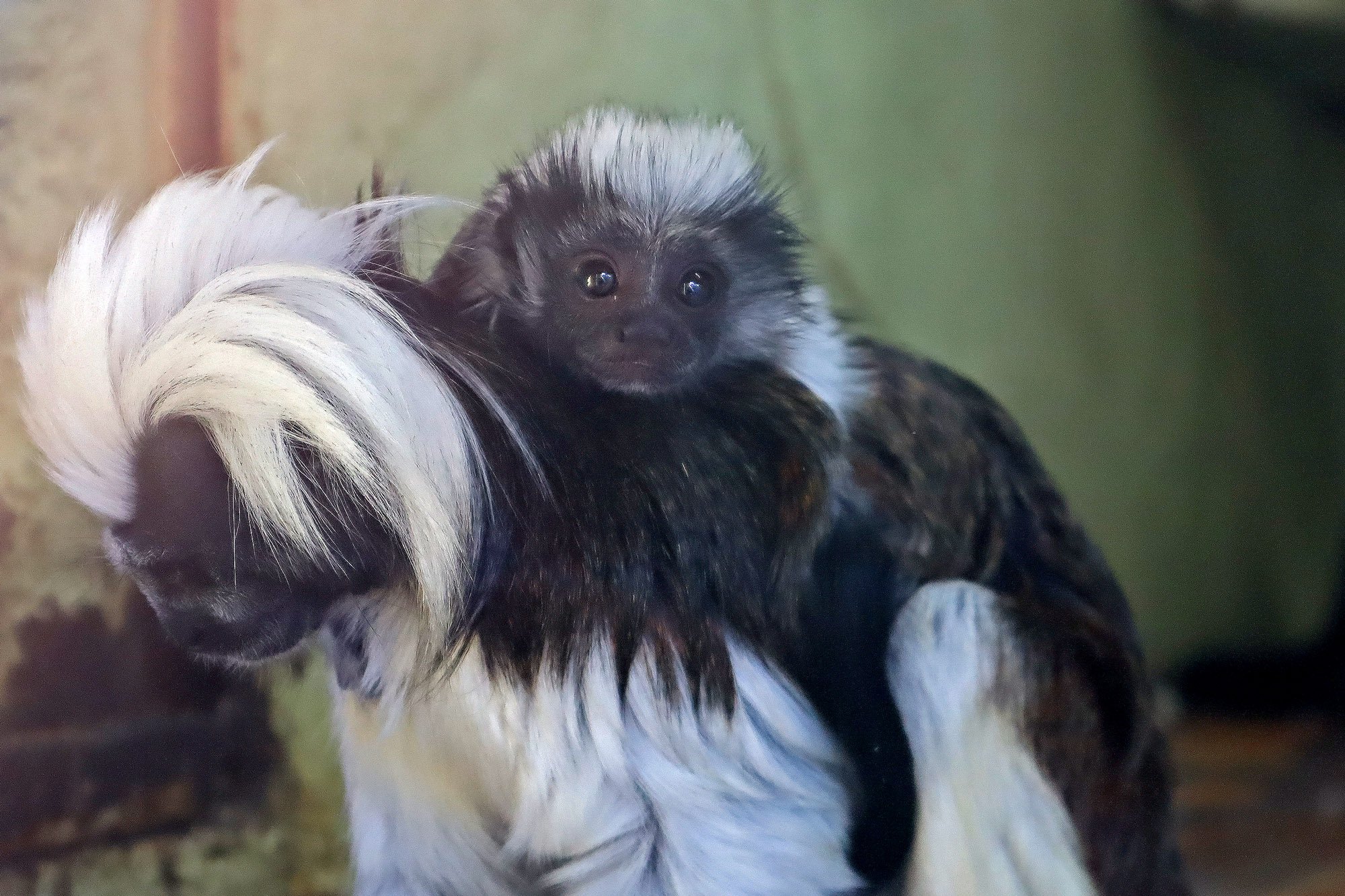 A zoo has named its new monkey ‘Nigel’ as both the name and species are critically endangered.

Nigel’s mum Florencia, a cotton-top tamarin from Zoo Park in Sussex, welcomed him into the world last month.

Keepers say Nigel is cheeky and curious, and was clinging to his mother’s back as she proudly showed him off.

Cotton-tops generally live in Colombian rainforests and are famous for their ‘mad professor’ hair.

They are considered critically endangered due to the widespread destruction of their natural habitat.

Similarly at risk of extinction is the name Nigel, according to findings published by the Office of National Statistics last year.

Hence the zoo thought it a suitable moniker for the newborn cotton-top.

Head keeper Gemma Romanis said: ‘Tying in our endangered species conservation with endangered names was an idea that came to me around the time the baby was born, when I saw an article about the least popular baby names of the year.

‘It made me feel a little sad that these names are disappearing, and I thought it could be a fun tradition to give our most endangered animals names that no one chooses anymore.

‘It also becomes an entertaining way to raise awareness of the threats many of our species face in the wild.

‘The more people talking about conservation the better, and it points more people to the amazing work that zoos across the country do to ensure the future survival of the world’s most threatened animals.

‘Plus, I love the idea of some of our animals having quite traditional human names like Nigel, Bill, Carol, or Deidre, which were others on the list.’