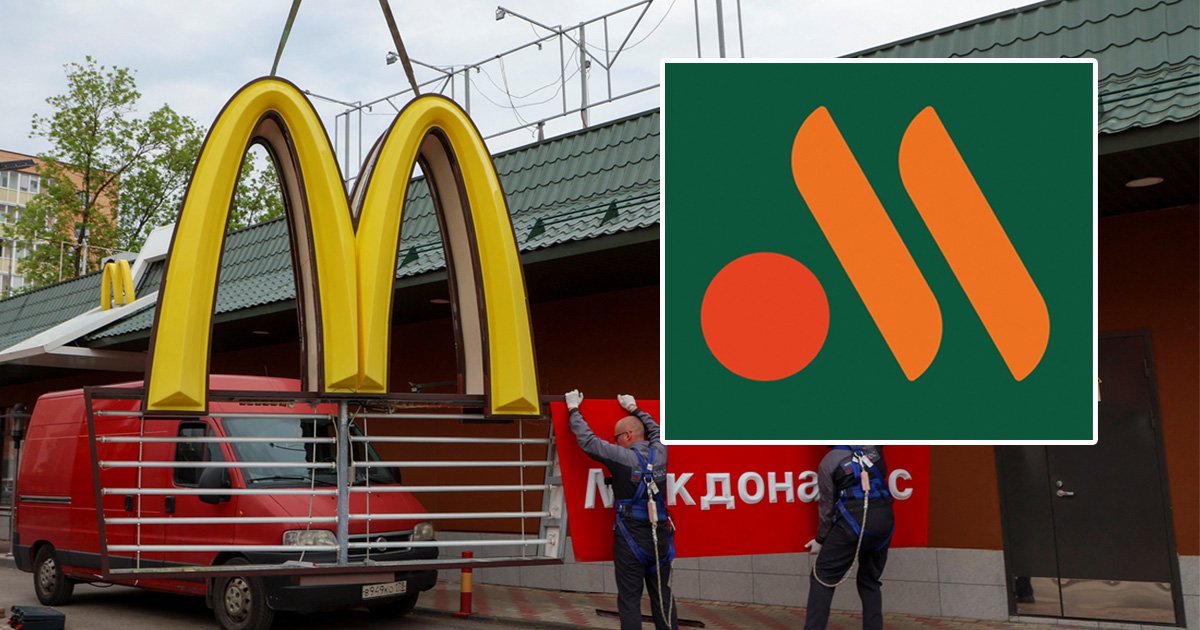 Russian McDonald’s restaurants are about to relaunch under a new name and logo after the American company completely pulled out of the country over its war on Ukraine.

The relaunch is set to start June 12, just days after workers removed the iconic golden arches from Russian locations. June 12 is also Russia Day, the national holiday celebrating the country’s transition from the Soviet Union.

It will begin at the former McDonald’s location in Pushkin Square, Moscow, where the country’s first McDonald’s opened in 1990. Another 11 locations in Moscow will open the same day, as well as three in the towns of Odintsovo, Reutov and Khimki, reported TASS News.

The new restaurant chain has already unveiled it’s new logo – a stylized depiction of a burger and fries vaguely shaped like an ‘M’. But instead of McDonald’s internationally recognizable red and gold color scheme, it is depicted in forest green and orange.

Meanwhile, the new name of the rebranded McDonald’s restaurants in Russia has been kept secret. The name of the Russian McDonald’s app was changed to ‘My Burger’ on Friday, but the company said this was just a placeholder and not the permanent name.

Other names have been floated and speculated about in Russian media, including ‘Fun and Tasty,’ ‘The Same One,’ and ‘The Only Way’.

McDonald’s suspended all operations in Russia on March 14. In May, the company announced that it was selling its locations in Russia – making it one of the largest American companies to pull out of the country since it launched its full-scale invasion of Ukraine in February.

Since the announcement, McDonald’s has sold nearly 850 restaurants to Russian billionaire Alexander Govor.

‘My global plan is to increase the chain to 1,000 restaurants nationwide in the next few years,’ he told Forbes Russia.

Ever since the first restaurant opened in 1990, McDonald’s became a symbol in Russia of easing tensions with the west and the end of the Cold War. For many Russians, it was one of their first experiences with American food or products.