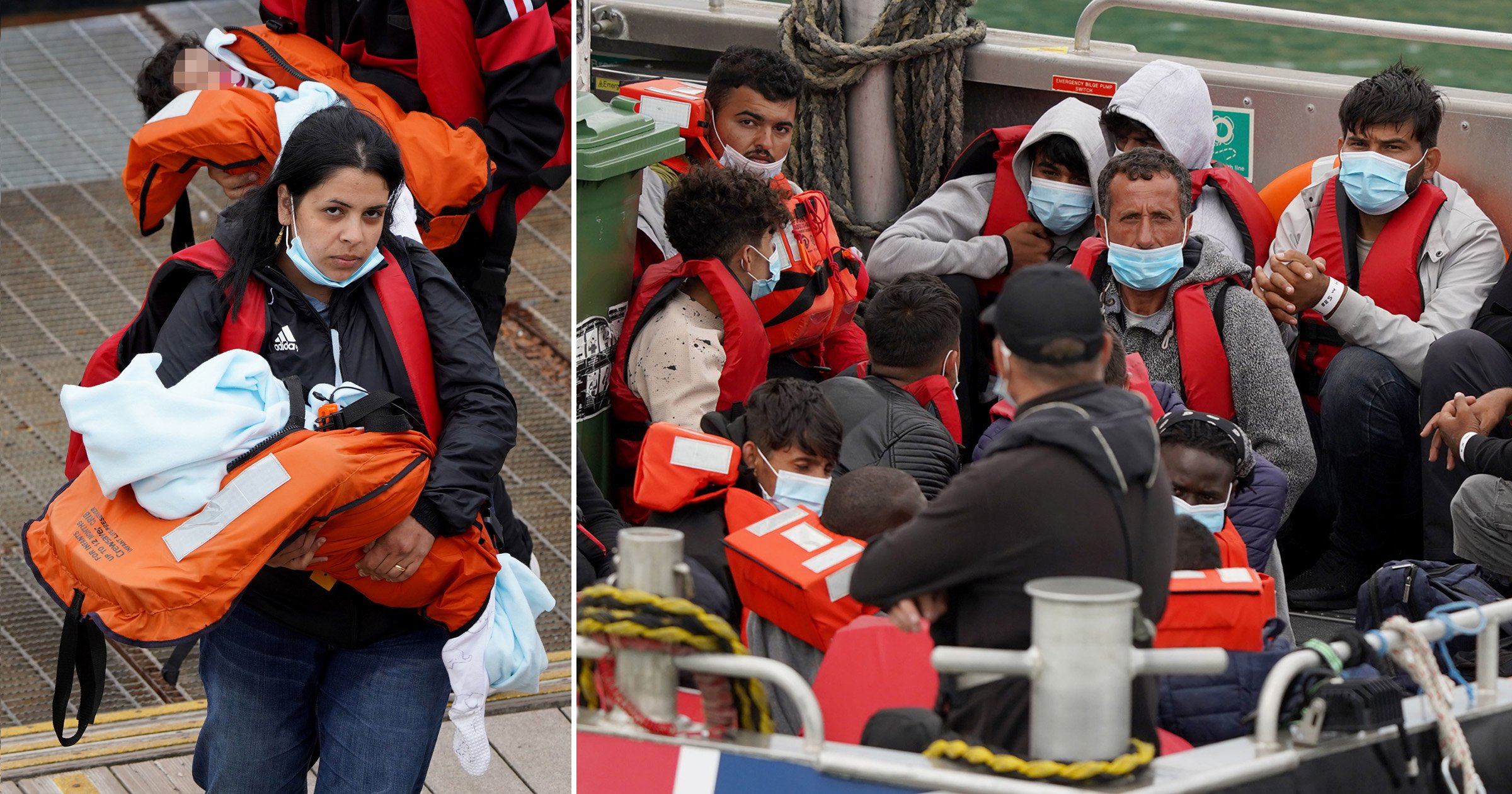 More people crossed the Channel in small boats on Monday than any day since records began.

The total of 1,295 is the highest recorded, the Ministry of Defence confirmed.

Some 27 boats made the journey, news which is likely to put pressure on the Tory leadership candidates to set out how they will tackle the trade.

More than 22,600 people have arrived in the UK after navigating busy shipping lanes in small boats since the start of the year.

The crossings came after a three-day hiatus between Friday and Sunday when no arrivals were recorded.

Babies and several other young children wrapped in blankets were among those seen being brought ashore in Dover.

Liz Truss, who is likely to be confirmed as the next prime minister in early September, has committed to maintain the Royal Navy’s presence off England’s south coast.

Military vessels were deployed in April to tackle the problem, a policy which was due to be reviewed in January.

Speaking last week, Ms Truss said the Navy would ‘absolutely’ continue to play a role if she is elected.

She told reporters: ‘It is an absolute priority to make sure we deal with the issue of small boats and the appalling trade by people traffickers.

‘And I will use every tool at my disposal, if I am selected as prime minister, to make that happen.’

Both Ms Truss and Rishi Sunak have committed to persisting with the government’s controversial Rwanda policy.

The scheme, which will see people flown 4,000 miles to have their asylum applications processed overseas, is mired in legal problems.

Court challenges saw the first planned flight grounded in June but ministers are determined to press ahead with the plan.