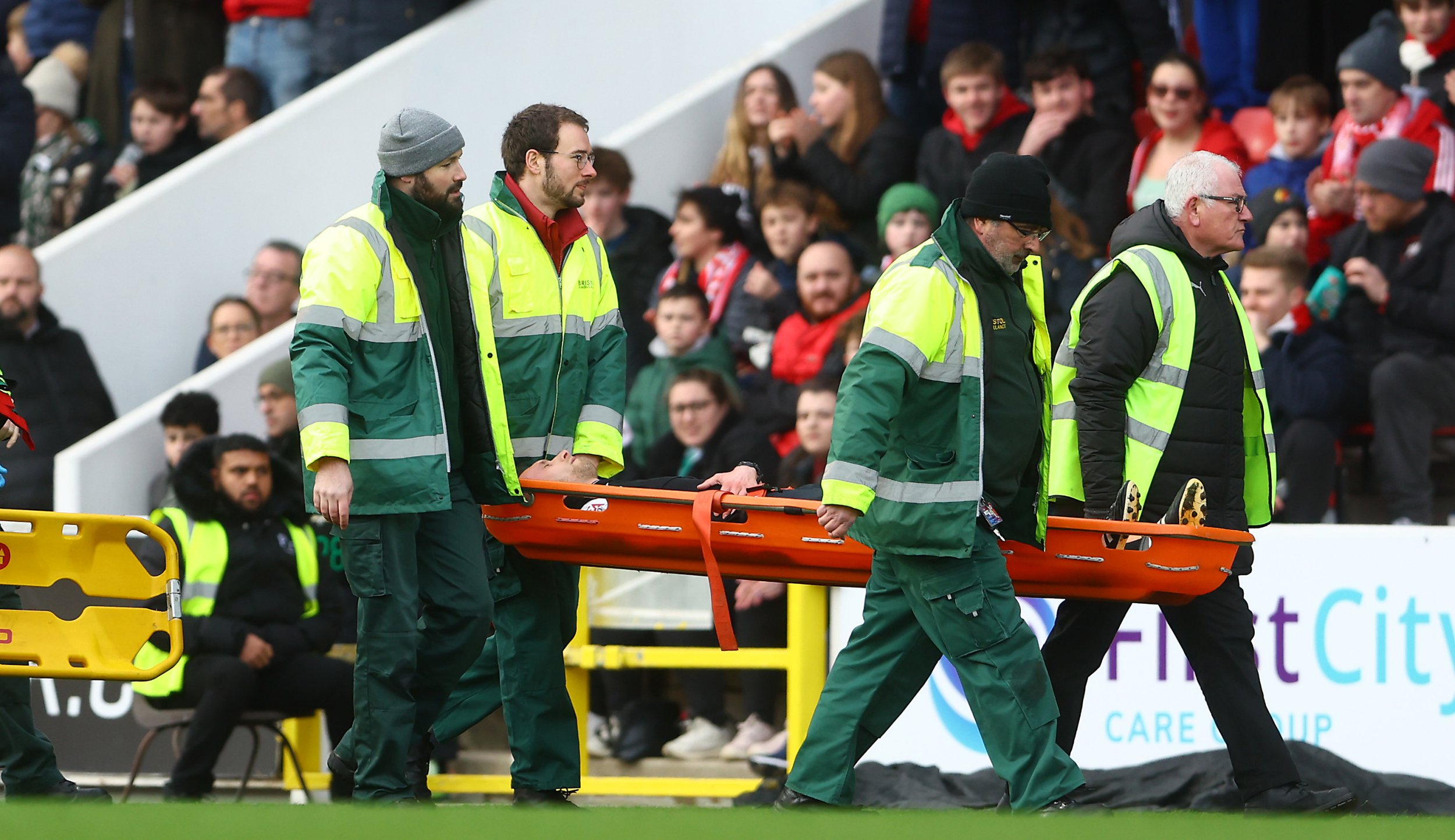 A Football League referee had to be taken to hospital after being hit square in the face by the ball.

Sam Purkiss had to leave the pitch during Grimsby Town’s League Two game with Swindon Town after the incident.

In the 11th minute on Saturday afternoon a Swindon Town player inadvertently struck the ball at Purkiss.

After being hit in the head the referee lay motionless on the floor before receiving medical attention from paramedics.

He was taken to hospital suffering from concussion but allowed home later in the day.

Swindon posted on Twitter: ‘Great news, and we wish Sam a quick recovery,’

Gareth Viccars took over as the senior match official and managerless Swindon won the game 5-0, with Charlie Austin scoring on his debut after re-signing for the club.