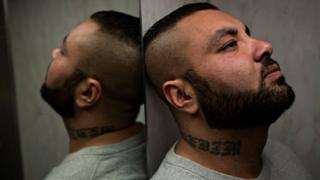 A former Danish gang leader who produced a memoir detailing how he left a life of crime has been fatally shot just a day before his book’s release.

Nedim Yasar, 31, was targeted as he left a book launch on Monday in the Danish capital, Copenhagen. The gunman fled the scene on foot, police said.

Yasar was taken to hospital but died of his injuries. His memoir, entitled Roots, was published on Tuesday.

He had reported that he was the victim of an attempted assault last year.

In the incident on Monday, which was reported shortly after 19:30 local time (18:30 GMT), a suspect dressed in dark clothing fired “at least two shots” at Yasar, the Copenhagen Police Department said in a statement.

An investigation is under way and police are “seeking witnesses” to shed light on the matter, the statement added.

Yasar, who was born in Turkey and arrived in Denmark at the age of four, had led the Copenhagen-based criminal gang Los Guerreros – a notorious gang with links to the drugs trade, according to police.

He quit the gang in 2012 to join an exit programme after he discovered that he was going to be a father, Danish news agency Ritzau reported.

He then became a mentor for young people and made a name for himself with a show on local radio station Radio24syv.

Following news of Yasar’s death on Tuesday, the station tweeted an image of its office building with the Danish flag at half mast in tribute with a message that reads: “Farewell Nedim Yasar, and thanks for everything.”

Yasar’s memoir, “Roots: A Gangster’s Way Out”, is written by Marie-Louise Toksvig and describes Yasar’s journey as he pulls himself out of the criminal underworld.

“I met Nedim once. I met a man who with all his heart wanted to create and new life and make a difference for others. My thoughts and compassion go to his friends and family,” Mr Poulsen tweeted.

Denmark has experienced an increase in gang-related shootings in recent years. A record number of shootings were reported last year, police said.