Femi Oluwole questioned why BBC presenters were wearing the poppy because the taxpayer-funded corporation rules include a ban on “virtue signalling no matter how worthy the cause”. He said if the BBC could support “war-related campaigns” they should show solidarity with “equality for black and gay people”.

Mr Oluwole posted on Twitter: “Dear @bbc Why are your presenters wearing poppies?

“Your rules ban ‘virtue signalling no matter how worthy the cause’.

“If presenters can support war-related campaigns on the news, surely they can show they believe in equality for black & gay people? Or is that against BBC values?” 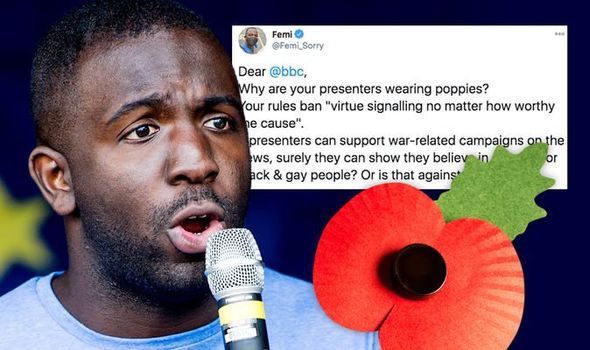 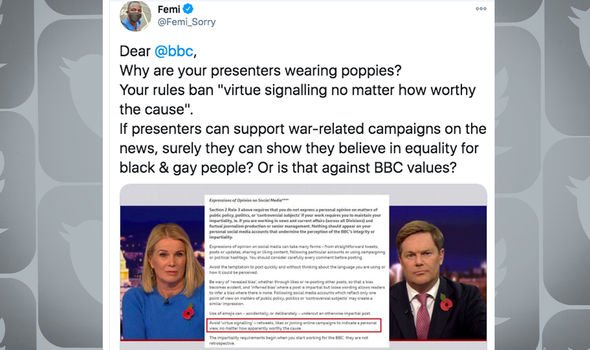 It comes after the BBC introduced a ban on “expressing a view on any policy which is a matter of current political debate or on a matter of public policy, political or industrial controversy, or any other ‘controversial subject’” as part of its new impartiality guidance under new Director General Tim Davie.

The actor, who is best known for his role in ITV series Lewis posted: “Dear @Femi_Sorry They are wearing Poppies in remembrance of those who gave their lives for their friends, their families and their country, so that we never forget the unimaginable horror they endured in order for us to be free to tweet inane nonsense today. #RemembranceDay” 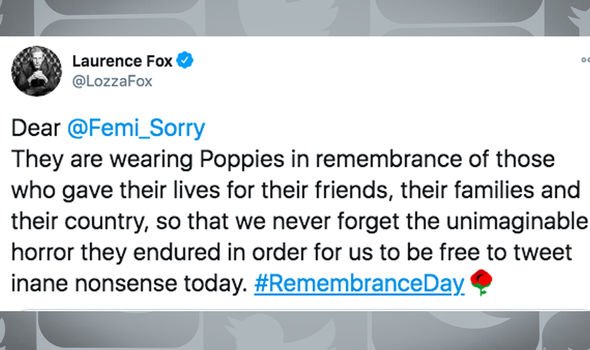 To which Mr Oluwole replied: “ had no idea!! Thank you so much for explaining this to me.

“I definitely wasn’t making the point that the BBC shouldn’t be banning calls for racial equality as ‘virtue signalling’ while making their presenters all wear poppies.”

Critics also took to Twitter to remind Mr Oluwole of the sacrifices World War 1 soldiers made, accusing him of “ignorance”. 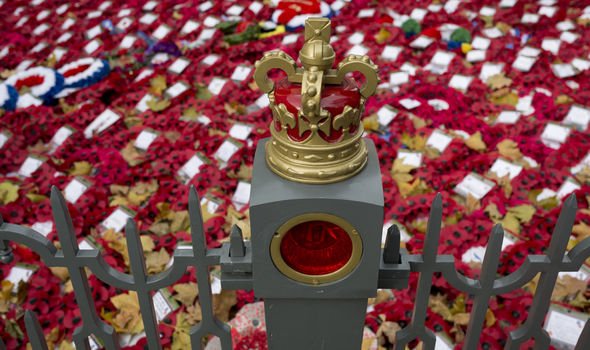 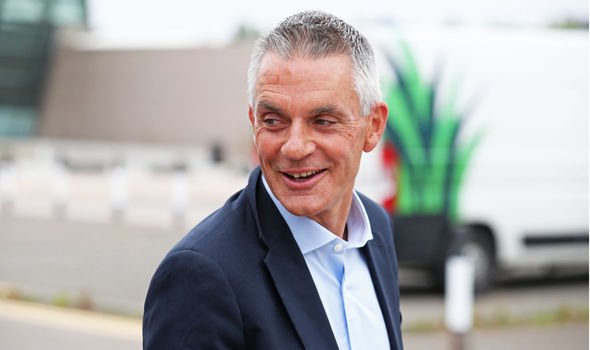 One said: “Wearing a poppy is not some virtue signalling social justice warrior far left symbol.

“It’s beyond juvenile identity politics, it goes right to the heart of British culture and represents all races. Sort yourself out.”

Another said: “Femi is so ignorant of this issue. The Poppy represents all that have died in war no matter what their colour, creed or sexual orientation is. 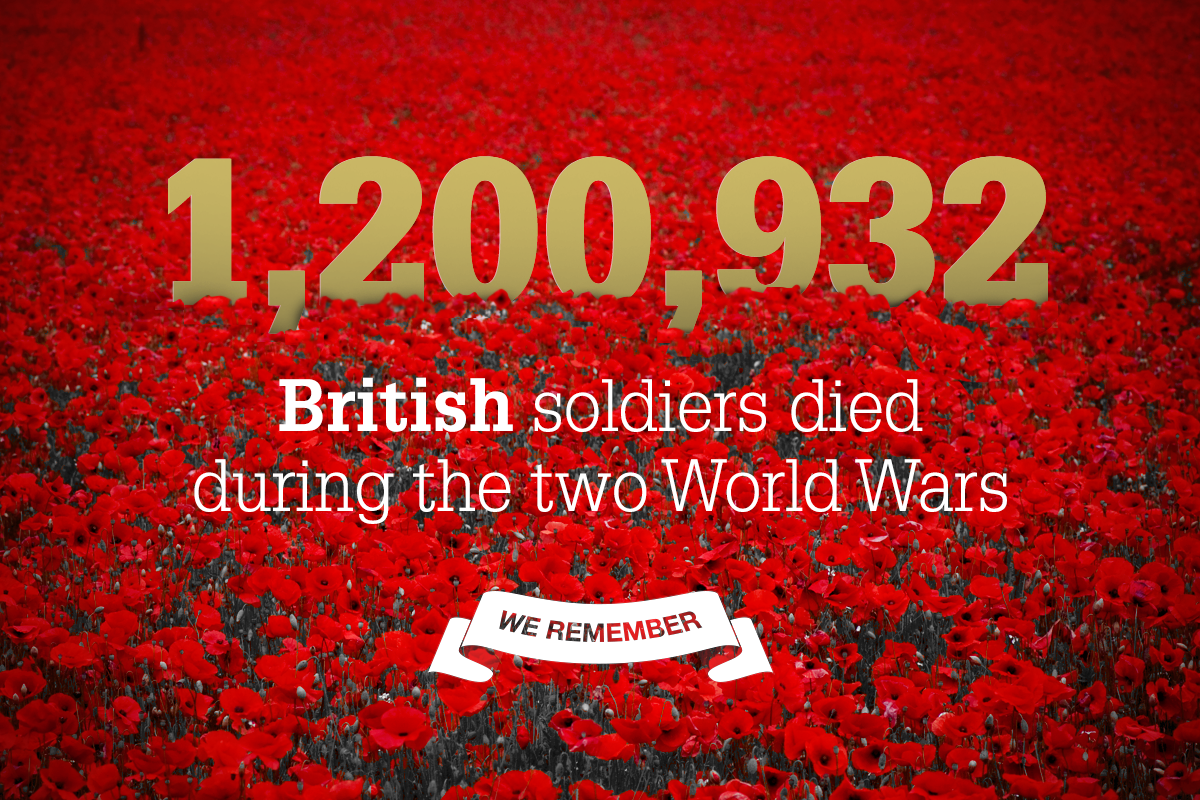 “To describe the wearing of a poppy as ‘virtue signalling’ is breath-taking in it’s ignorance!”

One posted: “If it weren’t for troops going over the top, flying spitfires, running convoys, storming Normandy and many more acts we wouldn’t have this great nation do many take for granted.

“I wear my poppy with pride. His critique comes as no surprise to me.”

Another Twitter user added: “What a thing to say! You should be ashamed of yourself.

“Respect is earned not given and if anyone has earned it then the people who fought for us all to be free surely deserve it. Think again.”

We will use your email address only for sending you newsletters. Please see our Privacy Notice for details of your data protection rights. Students of…

We will use your email address only for sending you newsletters. Please see our Privacy Notice for details of your data protection rights. The innovative…