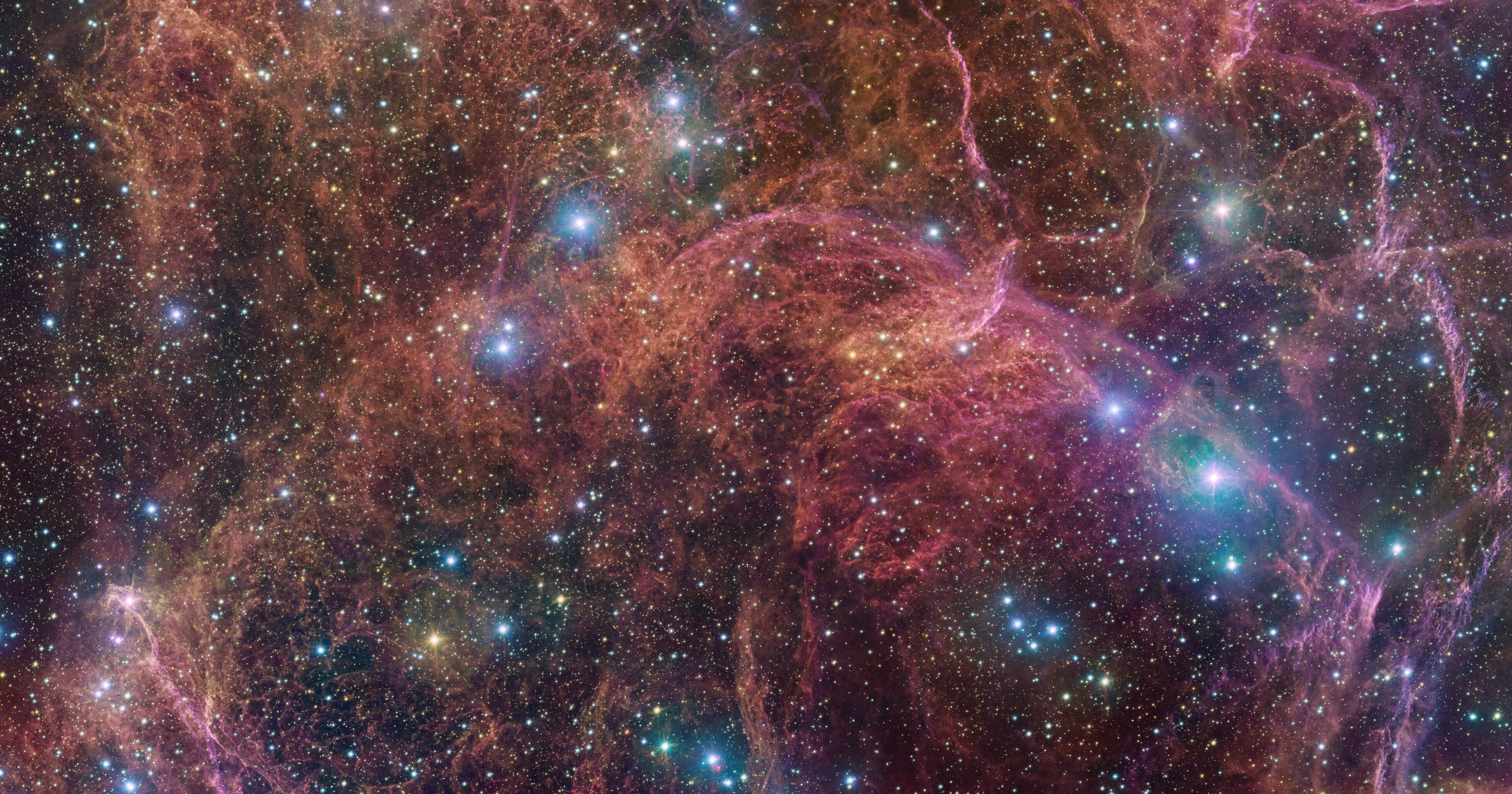 Just in time for spooky season, we have more eerie images from space and this time it’s the remnants of a dead star.

The European Southern Observatory (ESO) has managed to capture the ghostly remains of a gigantic star.

The image shows a beautiful tapestry of colours captured in incredible detail by the VLT Survey Telescope (VST), hosted at ESO’s Paranal Observatory in Chile.

The 554-million-pixel image gives an extremely detailed view of the Vela supernova remnant. You could fit nine full Moons in this entire image, and the whole cloud is even larger.

At only 800 light-years away from Earth, this dramatic supernova remnant is one of the closest known to us.

The wispy structure of pink and orange clouds is all that remains of a massive star that ended its life in a powerful explosion around 11,000 years ago.

When the most massive stars reach the end of their life, they often go out with a bang, in an outburst called a supernova. These explosions cause shock waves that move through the surrounding gas, compressing it and creating intricate thread-like structures.

The energy released heats the gaseous tendrils, making them shine brightly, as seen in this image.

As it exploded, the outermost layers of the progenitor star were ejected into the surrounding gas, producing the spectacular filaments that we observe here.

What remains of the star is an ultra-dense ball in which the protons and electrons are forced together into neutrons — a neutron star.

The neutron star in the Vela remnant, placed slightly outside of this image to the upper left, happens to be a pulsar that spins on its own axis at an incredible speed of more than 10 times per second.

The VST, with its 2.6-metre mirror, is one of the largest telescopes dedicated to surveying the night sky in visible light.

The 268-million-pixel camera can take images through several filters that let through light of different colours. In this particular image of the Vela remnant, four different filters were used, represented in this image by a combination of magenta, blue, green and red.