Queen Elizabeth II’s death last week has sent the world into mourning, but Britain is also celebrating the achievements she made during her 70 years on the throne. In recent days, her grandchildren have thanked the Queen for all that she did for them. On Sunday, the newly-appointed Prince of Wales said his grandmother was there for his “happiest moments” and for the “saddest days” of his life. Prince William also thanked her for her “kindness” and “dignity”. Meanwhile, the Duke of Sussex, Prince Harry, has praised her “unwavering grace and dignity” and thanked her for her “sound advice” and “infectious smile”.

He added: “Granny, while this final parting brings us great sadness, I am forever grateful for all of our first meetings – from my earliest childhood memories with you, to meeting you for the first time as my commander-in-chief, to the first moment you met my darling wife and hugged your beloved great-grandchildren.”

The Queen’s hands-on approach with her grandchildren was demonstrated perfectly in a remarkable bit of footage from 1992, when she is seen taking Prince William, Prince Harry, Zara Tindall and a young Princess Beatrice pony trekking around the grounds of Balmoral Castle.

She can even be heard shouting “Ow! that’s my foot you’re standing on!” to young Beatrice, who would have been just four at the time.

As the children set off, the Queen is shown following on behind William and Harry as the younger brother rides a Shetland pony. 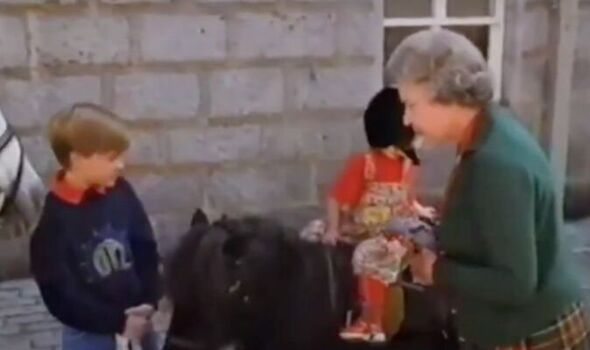 The Queen also reflects on her love for Balmoral, saying: “There is I suppose a certain fascination in keeping the place as Queen Victoria had it. Nothing very much has changed.

“You can go out for miles and see nobody. You can walk or ride and it’s endless possibilities. We like picnics and we like open air.”

“As the holidays are very short you live it to the full.”

At the end of the clip, the Queen can be heard telling Beatrice that “one day” she will be able to ride one of the ponies when she is “a bit bigger”. 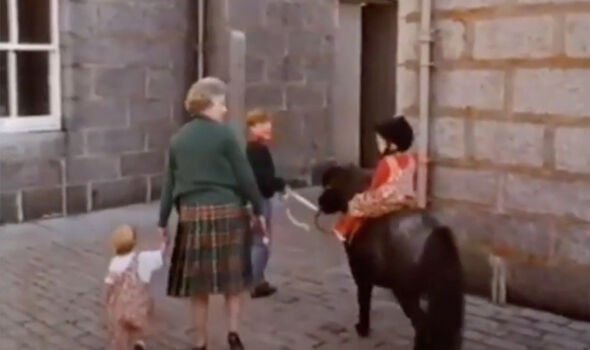 Time spent pony trekking around Balmoral has clearly had a lasting influence on the Queen’s grandchildren and other family members.

Zara Tindall went on to become an accomplished equestrian. She won the Eventing World Championship in Aachen in 2006, was nominated for BBC Sports Personality the same year, and won a silver medal at the 2012 Summer Olympics. William and Harry also went on to become keen polo players.

Balmoral is a place that had a special place in the Queen’s heart given the amount of quality time she spent with her family there. The year 2022 was no different. 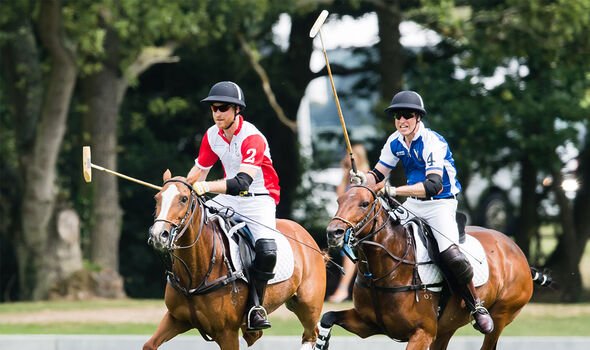 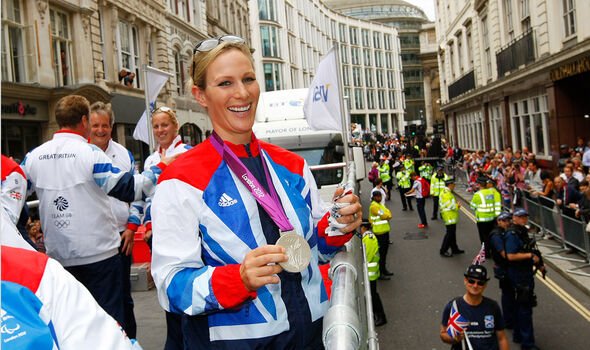 In August, William and Kate travelled there with their children. The Prince and Princess of Wales reportedly always take advantage of the chance to go swimming, fishing riding and hiking.

Due to the Queen’s health issues this year, it was reported that changes were made at Balmoral to accommodate this. This included a £20,000 wheelchair lift installed in one of her favourite cottages within the grounds, Craigowan Lodge.

In 2021, William revealed that his kids are already big fans of the estate: “George, Charlotte and Louis already know how dear Scotland is to both of us and they are starting to build their own happy memories here too.”