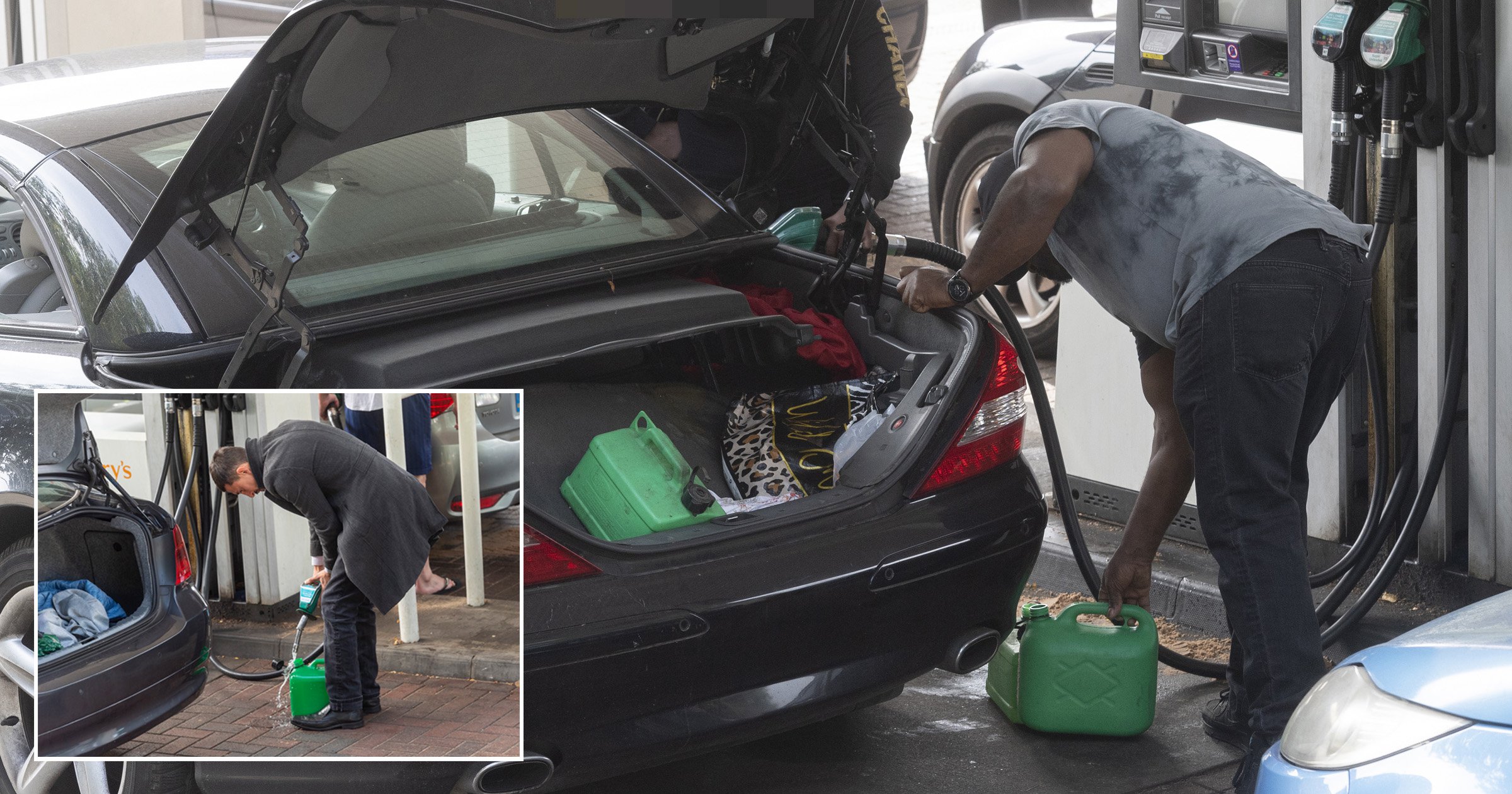 Panic buyers stashing jerry cans full of fuel in car boots have been warned their vehicles could explode by a former firefighter.

In the face of a shortage at the pumps, drivers across the country have been seen filling up multiple containers with petrol and diesel.

But many may be unaware of the risks they are taking – not just to themselves but to those around them, too.

Steve Dudeney, a retired London Fire Brigade commander, has warned people to ‘beware’ of carrying fuel reserves in their vehicles as they could explode if the vapour escapes.

Sharing a picture of an incident he attended 12 years ago, Steve recalled how one driver had to be airlifted to hospital with severe burns after his car blew up on the carriageway.

He said: ‘The man driving the car had filled some petrol containers up and placed them in the boot.

‘The escaping petrol vapour met an ignition source in his car, this was the result. Panic buyers beware!’

This is a photo from an incident I attended 12 years ago. The man driving the car had filled some petrol containers up and placed them in the boot. The escaping petrol vapour met an ignition source in his car, this was the result. Panic buyers beware!! #petrolpanic #panicbuying pic.twitter.com/Q4RoJjgJ1C

Steve said the man was alive when emergency services arrived at the scene, but he never heard if the driver recovered.

He added: ‘He was still alive but badly burned when I arrived, airlifted to a burns unit, I never heard if he survived.’

Steve’s warning comes as tensions rise across the country and fights have broken out at pumps as people try and get their hands-on supplies.

The crisis is not to do with a shortage of fuel, but a lack of HGV drivers to deliver to stations.

The transport secretary finally admitted today that Brexit is a factor in the deepening crisis.

Grant Shapps still insisted the ‘primary cause ‘of the shortages had been the cancellation of HGV driving tests last year due to the coronavirus pandemic.

But he admitted: ‘Brexit I hear mentioned a lot and it no doubt will have been a factor.’

In a bid to assist with the situation the Army has also been put on standby, with military drivers to be given specialist training in case they need to use petrol tankers.