A self-proclaimed republican has claimed that even republicans should admire Queen Elizabeth II for her years of service, as the nation mourns the late monarch. On the day of the Queen’s death, Tom Slater, who is the editor of spiked magazine, published an article titled “RIP Queen Elizabeth II” to pay his respects to the monarch. In his piece, Slater notes that the magazine is a “proudly republican publication”, however, he stressed that the priority is to offer condolences to the Royal Family and reflect on what the Queen’s death means.

The editor suggests that the monarch had been a “moderniser”, for example by allowing her coronation to be televised, although she resisted the “narcissistic trends of our times”.

He noted: “But she would later rebel … to those who exhorted the royals to open up, to let it all hang out, to discuss their struggles and vulnerabilities, as the younger royals are so keen on doing.”

The editor praised the late monarch adding: “You needn’t be a monarchist to believe in the importance of service, stoicism and nationhood – to believe that history is there to be learnt from and built upon, rather than rewritten and cleansed”

And he concluded: “Even for us republicans, there is much to admire in her long and stoical reign.”

Meanwhile, as Charles III was proclaimed King in several ceremonies across the country, some people faced law enforcement after raising a voice against the monarchy. 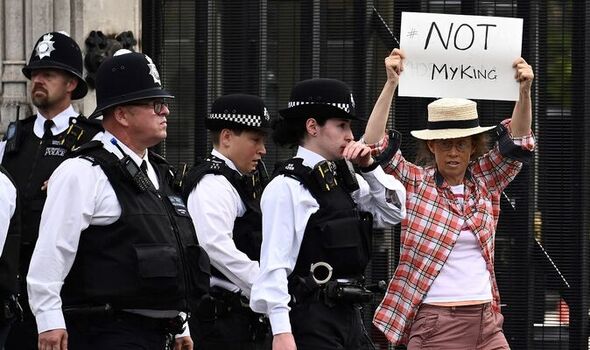 A protester was removed by officers after shouting at an accession proclamation for the King. Symon Hill, 45, was at a formal public reading of the proclamation of the accession for Charles in Carfax, Oxford.

Mr Hill later stated: “I’ll continue to say that Charles is not the King, and that I don’t recognise him. Whether I’ll be involved in an organised protest, I don’t know.

“I’m not actively organising one, but that isn’t to say I wouldn’t join in if there was something happening. I will probably protest at the coronation when it happens. It will be non-violent and directed at the institution rather than personal insults at individuals.” 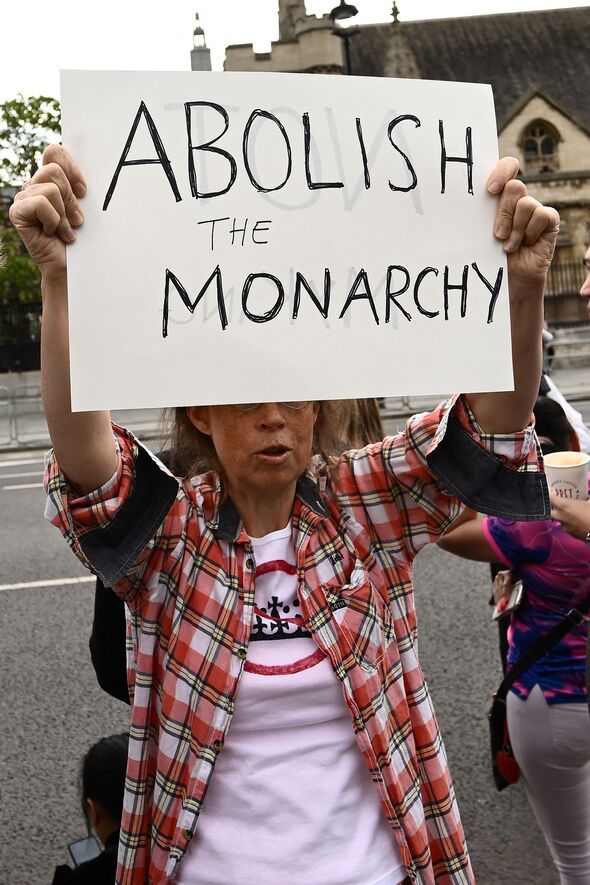 The activist told PA that he waited until the section of the reading relating to the Queen had passed, as interrupting “an act of mourning is not something I would ever do”.

He said: “But then when it came to the proclamation of Charles as King… as a 21st century citizen I had a problem with this idea that we would just be told who our rightful lord was. So at that point, I called out ‘Who elected him?’

“A couple of people told me to shut up, which was fair enough, and I responded that I thought a head of state was being imposed without consent. I didn’t say anything offensive to them personally or offensive to Charles or any other member of his family.

“I think some people ignored me, some people sort of glanced at me, nobody was distressed by it, and actually, I think most people could cope with hearing somebody express an opinion they disagree with.

“I think that’s very different to hate speech – stirring up hatred against somebody or encouraging violence is obviously abhorrent, but being able to hear an opinion we disagree with should be the norm in a democratic society.

“I find it hard to believe that anyone felt actually distressed by hearing my comment.”

A woman was also arrested on Sunday in Edinburgh after holding an anti-monarchy sign ahead of the accession proclamation. The 22-year-old was charged in connection with a breach of the peace.

In a statement, the anti-monarchist campaign group Republic called for a national debate on the future of the monarchy, saying the automatic accession and the King’s proclamation are an “affront to democracy”.