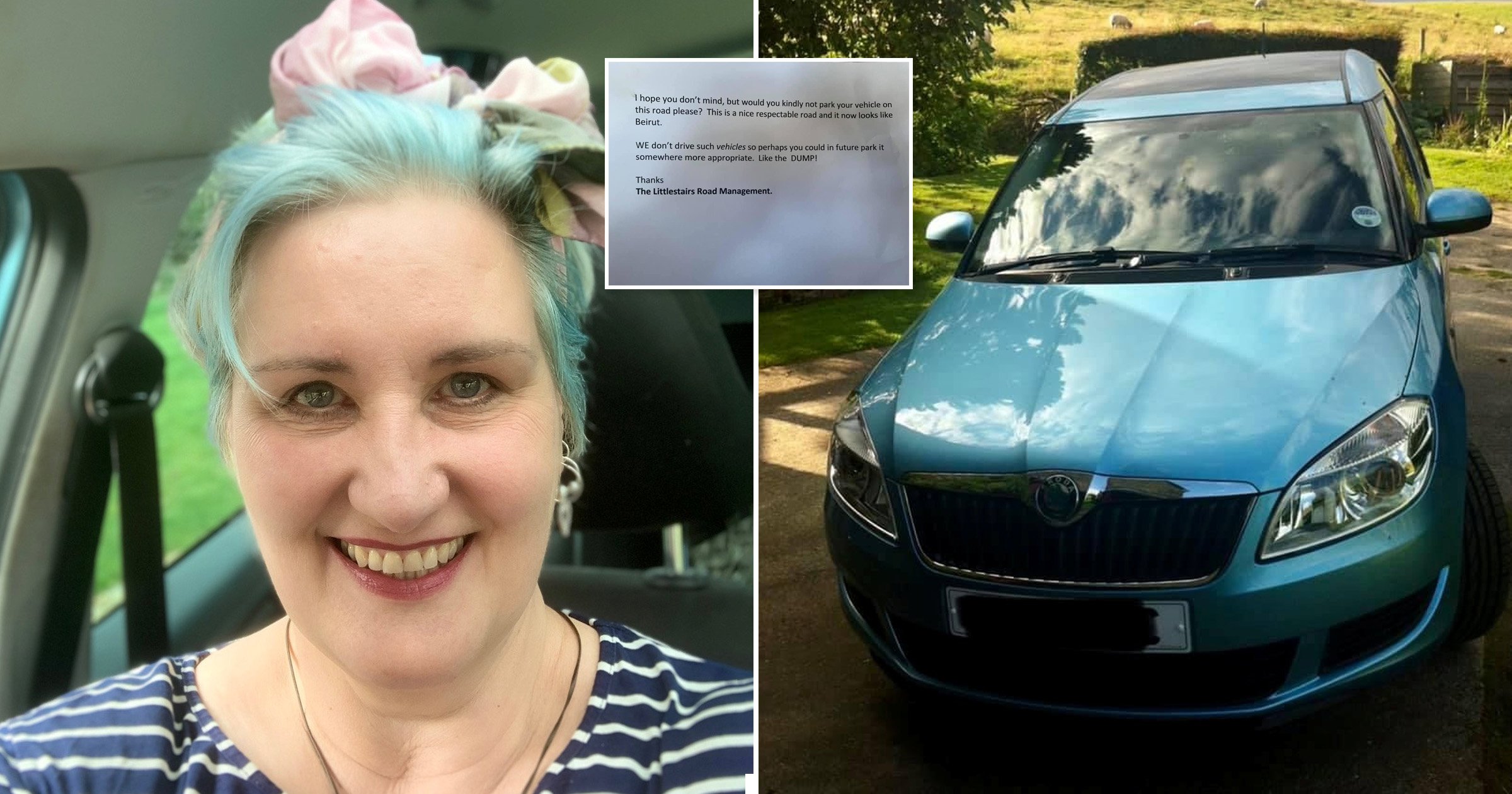 A snobby resident left a note on the windscreen of a Škoda parked in their street, telling the owner she was making the area ‘look like Beirut’.

Julia Laursen, 57, was staggered to read the message on her ageing blue hatchback.

The note from ‘The Littlestairs Road Management’ said: ‘I hope you don’t mind, but would you kindly not park your vehicle on this road please?

‘This is a nice, respectable road and it now looks like Beirut.

‘We don’t drive such vehicles, so perhaps you could in future park it somewhere more appropriate. Like the DUMP! Thanks.’

Other cars on the cul-de-sac – two minutes from the beach at Shanklin, Isle of Wight, and where seven-bed homes fetch up to £720,000 – include BMWs and Range Rovers.

Life coach Julie said: ‘I was just so shocked when I saw it. I mean, who writes that? And the grammar was bad too. It’s so snobby.

‘It’s so funny that they thought my little Škoda wasn’t respectable. I think they need to see what a really awful car is.

‘The note just became more and more hilarious the more I looked at it.’

The Czech cars were once the butt of jokes over poor quality, such as What do you call a Škoda with a sunroof? A skip.

But VW bought the firm in 1994 and it now has an enviable reputation.