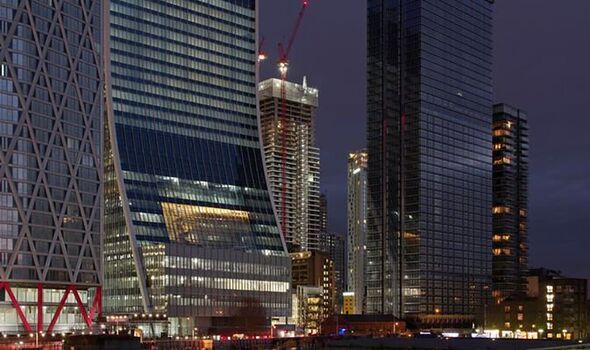 Those living in Landmark Pinnacle, which is the tallest residential building in the UK, have also complained of leaks, power cuts, lift failures and mould among a raft of other problems. The 233-metre high skyscraper, which is in Canary Wharf, London, opened last June and its dedicated sales website boasts that “state of the art” amenities on offer include “a private cinema” a “magical children’s play area, together with a more formal garden lounge for adults, lounge and library”.

When I first moved in, I had mould appearing in my wardrobe due to communal leaks around the showers

But Jack Dowson, who has lived in the complex since March 2021, said: “The only currently open amenity (as of March 2022) is the gym.

“Nothing else is open. The indoor garden was meant to be open by now. And it’s been nine or 10 months since mine and other residents’ windows have been cleaned.

“There have been constant, consistent issues. We’ve had major leaks leading to water pouring down people’s ceiling hatches and windows on the inside.

“When I first moved in, I had mould appearing in my wardrobe due to communal leaks around the showers. There were really awful damp smells. When it was windy outside it would disturb it and stink the apartment out. It took three or four months for them to figure it out.”

Videos shared on the residents’ WhatsApp group show water pouring through ceilings in March this year, My London reports.

Jack has also had trouble getting the temperature inside his apartment right.

One thermostat reading showed yesterday a temperature of 35 degrees, allegedly due to the cooling system being down.

Another resident, Sarah, whose name we have changed, said: “We were promised multiple cinemas, private dining rooms, and a whole floor dedicated to a garden. We were promised a viewing terrace.

“We have none of that at all. The only thing they have open is a gym – just one of the facilities listed on the website.

“People who live here get shafted. We spend extortionate amounts on rent…You have to go between two sets of [managers]. The building owners want to protect their profits.”

Another resident said: “This building is doomed.”

Residents complained there were no fixed dates for completion, though after Landmark Pinnacle management were contacted by My London, residents received an email saying several more amenities including the garden would open today.

Andrew Wood, a councillor in the area and an independent mayoral candidate for Tower Hamlets, said: “In many of these new tower blocks there are lots of teething problems. One of the issues is who takes responsibility for it – the developer, the agent, the landlord? This is the tallest residential unit in Western Europe currently. It’s a bit of an experiment.

“The other main issue they’ve been facing, is they’ve had ‘urban explorers’ try to break into the building to try and get to the roof and hold parties.… They go to the roof and walk on the edge. If you step left, you go down 75 stories and hit the ground. They’ve been recording their antics for Instagram.”

Cllr Wood added that many tenants faced massive hikes to their communal energy bills. He continued: “If you use electricity in your apartment, that’s regulated and there’s the price cap. But in a lot of these buildings there’ll be a gas boiler in the basement and the prices for that are not regulated. So prices for hot water or running the cooling system are not regulated. That’s a big issue.”

Prior to publication, My London put all allegations to Landmark Pinnacle. It has not received a response for publication.

However, My London understands it rejects the claims from residents in this piece and attributes some of the delays to the pandemic.