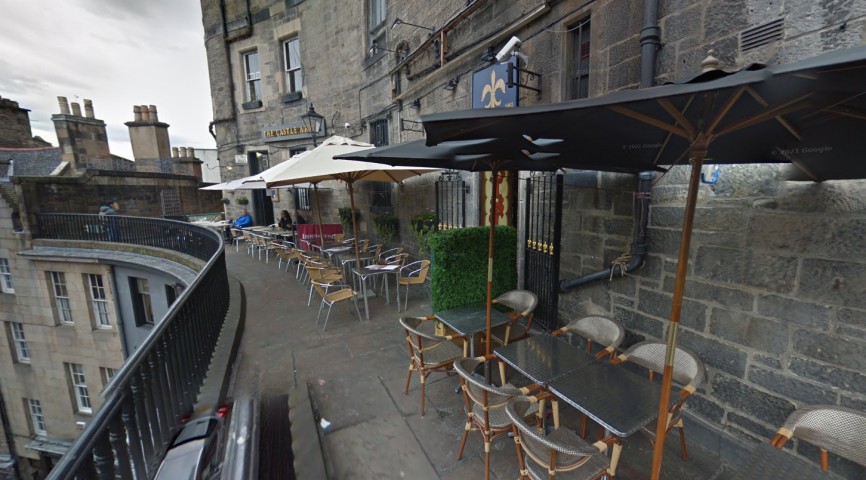 Dining and dashing has become ‘the tip of the iceberg’ for one Scottish restaurant which has lost £1,700 in just a few weeks.

In the 20 years that she has owned the restaurant, the woman in her 60s said she has never seen anything like it.

Popular among tourists, as it is in the heart of the capital’s Old Town and just minutes from Edinburgh Castle, Maxies Bistro has attracted a steady flow of customers from Edinburgh Fringe.

But instead of a much-welcomed cash boost from the festival, the restaurant has had to face big losses.

Ms MacLeod has now hit out at the culprits who actively choose to leave without paying, following an influx of upsetting incidents over recent weeks.

The restaurant owner revealed that one tourist allegedly asked a waiter for wet wipes before making their getaway when he went inside.

She blamed alcohol and ‘Dutch courage’ as being a contributing factor to some visitors who have left without paying.

Ms MacLeod said: ‘It is the tip of the iceberg, since we reopened there have been numerous incidents of customers walking away without paying.

‘We opened two weeks after the restrictions eased as a lot of our staff were working for Amazon while we could not open and needed to give in their notice.

‘We kept on all our staff throughout the pandemic, furloughing the whole team and making sure everyone was okay.

‘My husband is the head chef and he has worked 19-hour days for 20 years making this business, so it really hurts him that people would do that.

‘He really cares about his staff and family in the business and has helped a lot of young people get jobs after leaving school over the years.

‘We are both from working class backgrounds and have worked from nothing to be where we are today.

‘It has happened a lot over the last couple of months and it is often tourists from down south rather than Edinburgh locals.’

Ms MacLeod revealed she is even considering letting staff go to make up for the massive losses.

In an emotional post on Facebook she criticised recent visitors who left without paying, and highlighted that in previous years the restaurant had only up to three such incidents in a year – with most people coming back to settle their bill.

Social media users were also left shocked by the recent spate of dining and dashing, and called out the behaviour ‘disgusting’ and ‘appalling’.