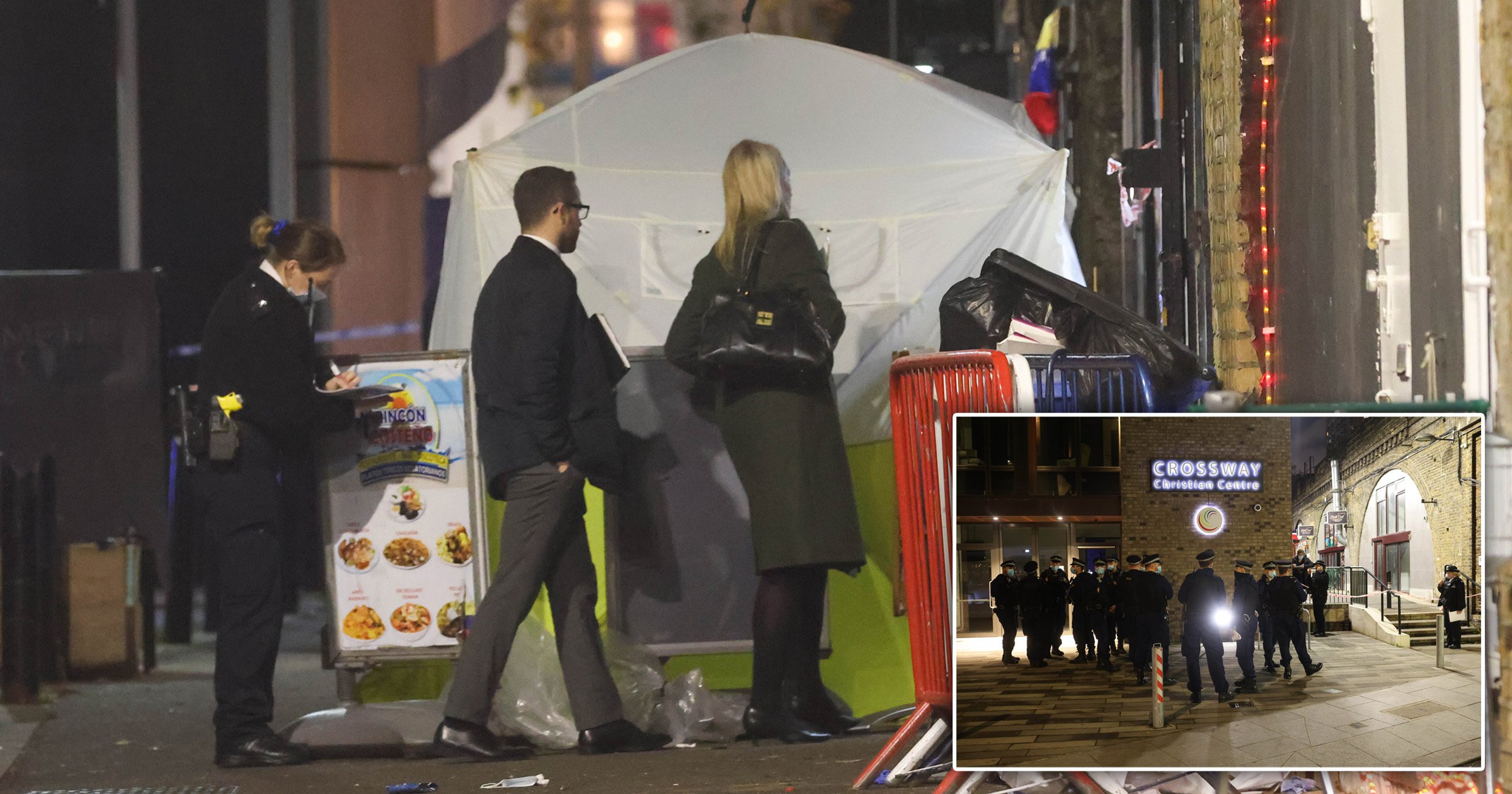 A man has been stabbed to death in a south London restaurant in front of horrified diners.

The incident in Elephant and Castle reportedly saw a knife man wearing a motorbike helmet brutally attack the restaurant owner.

According to MyLondon, the victim is 23-year-old Ian Kiefer Gualavisi Chango, who was recently given the Ecuadorian restaurant Rincon Costeno by his parents to ‘keep on track’.

Despite an air ambulance attending, emergency services were unable to save him.

One small girl was seen ‘in tears’ as she and her family walked past the scene, MyLondon reported.

A Metropolitan Police spokesperson told Metro.co.uk: ‘At 7.46pm on Tuesday, 14 December police were called to reports of a stabbing in Hampton Street, SE1.

‘Officers attended with medics from the London Ambulance Service and London Air Ambulance.

‘Despite the best efforts of the emergency services, a 23-year-old man was pronounced dead at the scene. His next of kin have been informed and an investigation is under way.’

Anyone who witnessed the incident, or who has information about what took place, is being asked to call 101 giving the reference 6908/14DEC.