A retired British Airways Boeing 747 plane is set to be converted into a cinema and educational facility in Gloucestershire.

The jumbo jet will also be used as a conference venue, museum and visitor attraction when it goes on display at Cotswold Airport, near Kemble, next spring.

A percentage of the money made from these events will be donated to charities and a scholarship programme run by Cotswold Airport. 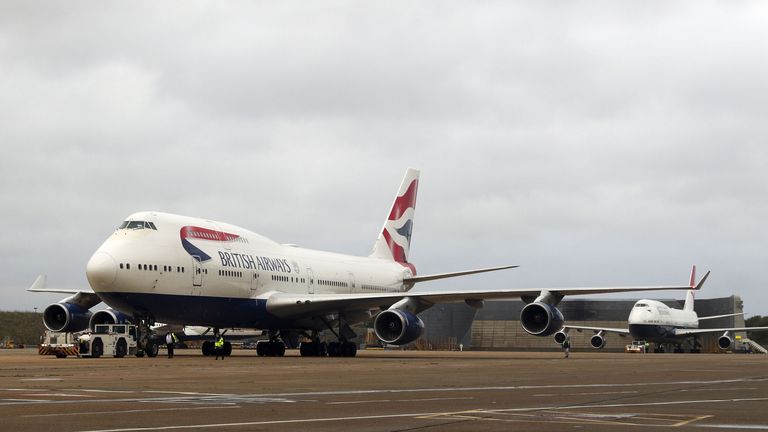 The G-CIVB Boeing 747 first entered the British Airways (BA) fleet in February 1994 and made its last passenger flight on 6 April – in this time it has flown nearly 60 million times.

The passenger plane is one of two Heathrow-based 747s used by BA that departed on retirement flights earlier this month.

The carrier had initially planned to phase out the fleet by 2024, allowing for smaller fuel efficient planes to be used, however the plans were bought forward due to the coronavirus pandemic.

The G-CIVB model is painted in the airline’s Negus livery, dating back to the 1970s and 1980s – and it was one of four aircrafts given a heritage makeover during centenary celebrations last year.

Sean Doyle, chief executive at BA, said: “It was with great sadness that we retired our two final 747s based at Heathrow earlier this month, so we’re glad Cotswold Airport is able to give one of these aircraft a new home and a new lease of life.

“The 747, and the Negus livery, are iconic in BA’s past, and we hope locals and visitors will enjoy seeing this slice of history for years to come.”

Cotswold Airport chief executive Suzannah Harvey said: “It is great news for locals and visitors who will be able to see and experience one of the most iconic passenger aircraft of its time.

“We’re absolutely delighted to make this happen following its final flight from London Heathrow to Cotswold Airport on 8 October.”