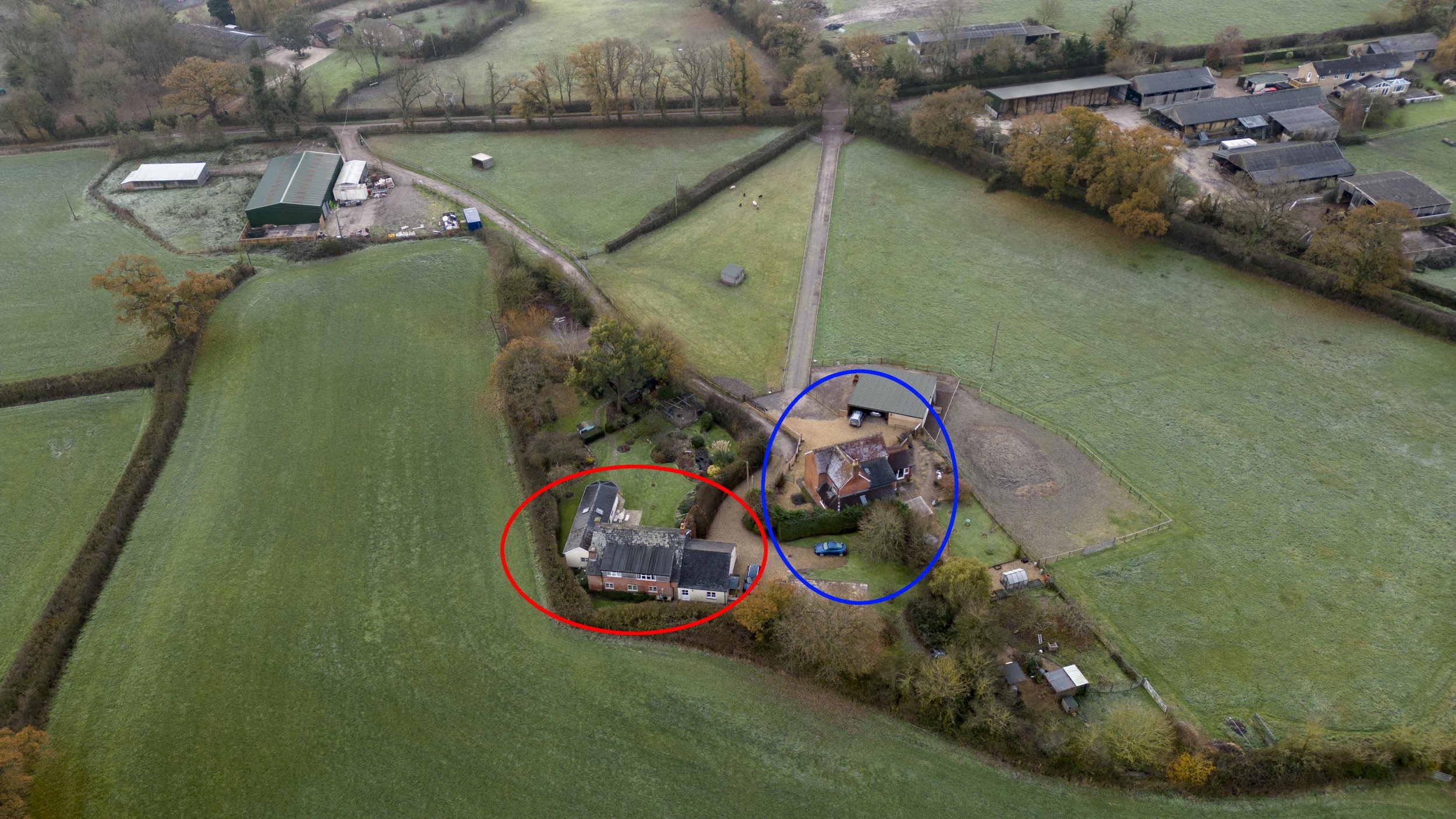 A couple created a ‘rural hell’ for their neighbours during a dispute over access to a country lane.

Stephen and Jacqueline Gee launched a ‘disgraceful and belligerent’ campaign of harassment against Jason and Averil Little after they moved to the house next to their farm in 2012.

The latter couple described being ‘under siege’ due to the disagreement over a road between their £900,000 home and the Gee’s farmhouse.

Mr Gee, a retired aircraft engineer, and his wife abused delivery drivers and visitors to their neighbour’s home, telling one courier to ‘get the f… off my land.

They blocked off their access with a gate and concrete bricks and even went to the trouble of erecting fake signs to misdirect visitors to their property in the hamlet of Puxey, near Sturminster Newton, Dorset.

A court heard Mr Gee, 68, had been given a restraining order to keep away from the Littles in 2018 after he was convicted of causing criminal damage to their outdoor swimming pool.

He wore a balaclava and snuck onto their property at night to slash the pool with a knife, flooding their garden. He was caught carrying out the act on CCTV.

But rather than keep the peace, the criminal conviction only led to Mr Gee’s resentment to deepen, a court heard.

‘There is a track for access to their property which they shared with the defendant. There was a history of unpleasantness between them.

‘They had been interfering with delivery drivers and misdirecting people away from the Little’s property by putting up signs and impeding their access.

‘A friend was looking after Mrs Little’s cats and chickens in April 2021. As he came down the track he came across a fuel delivery truck and heard Mr Gee shouting, “get the f**k off my land”.

Mr Hall also read a statement by Mrs Little in which she said her family felt like they were living in a ‘state of siege’ and that the harassment had impacted her mental health.

The mother-of-two said: ‘My elder daughter fears he will climb into her bedroom window.

‘He was filmed creeping into the garden wearing a balaclava. These sightings of him in the garden has shaped their childhood.

‘Their behaviour is so erratic its like constantly living under a state of siege.’

Mr Gee had pleaded guilty to charges of harassment and breaching a restraining order.

Mary Aspinall-Miles and Richard Martin, defending the Gees, both argued that their clients had a ‘legitimate concern’ about delivery drivers and visitors on the track that they own.

Mr Martin, representing Mr Gee, said: ‘The Gees own the lane. Anybody that lives in a rural area and has the joys of owning a shared track is of course responsible for the up keep of it and making good any damage to the surface.’

Mrs Aspinall-Miles, defending Mrs Gee, said that the loss of her previous good character was a ‘badge of shame.’

Judge Pawson said: ‘You have turned where you live into a rural hell. You both knew full well the impact of your actions and it is the reason you were so unpleasant.

‘The only thing that is going to resolve the issue is if you are able to look within yourselves and grow up.’