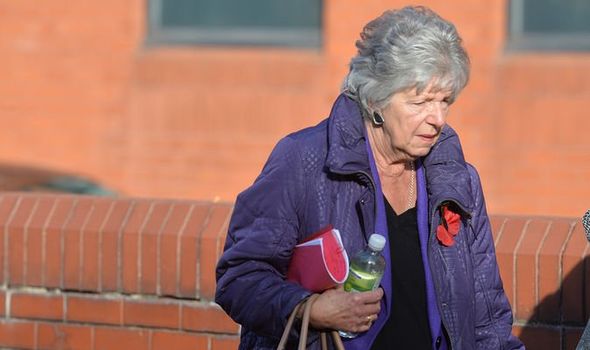 Judith Pearson, 82, ran over neighbours Martin Bust and Albert Attfield, who’d stopped for a chat outside their homes. Pearson intended to reverse onto her driveway, but put her foot on the accelerator instead of the brake, and caused her car to career forwards.

Mr Attfield, a 79-year-old married grandfather, was propelled across his garden with the force of the impact, before his body was flung into a Peugeot car.

The pensioner was left with multiple fractures and died from chest injuries and pneumonia ten days later in hospital.

Mr Bust was also thrown across the road in Coalville, Leicestershire, and was left with serious leg injuries. He had surgery to repair his leg with metal plates, which interrupted his cancer treatment.

The man is receiving ongoing physiotherapy to help him re-learn to walk, but he fears he never will be able to regain his former mobility, Leicestershire Live says.

Pearson, a former OFSTED inspector, was wracked with guilt but a judge at Leicester Crown Court acknowledged her error had an “immense impact”.

The pensioner wept in the dock as she was sentenced yesterday to 10 months in jail, suspended for 18 months. She will be banned from the roads for two years.

Judge Ebrahim Mooncey said: “The case shows how powerful motor cars are and that even at relatively modest speeds the impact cars can have is immense.”

The court heard Pearson’s car only came to a halt on Monday November 9 last year when it became wedged between a tree and a garage.

But the judge was told the former teacher didn’t deliberately drive in that manner.

Jonathan Dunne, prosecuting, said the defendant had to be rescued via the boot of the vehicle, which was later found to have no defects.

His wife, Margaret, had been married to him for 57 years and the court heard the incident had “devastated” their family and left her feeling incredibly lonely.

Their daughter, Sarah Riley, said her father was a much loved “fit and healthy man who had many years ahead of him.”

The court heard Pearson, of Coalville, had since surrendered her driving licence to the DVLA and had no intention of driving again.

Kevin Waddingham, defending, said his client was 81 at the time. She was formerly a teacher, then a head teacher and became an Ofsted inspector, before retiring with “exemplary” career and driving records.

He said: “She was performing a routine manoeuvre and the panic took the situation out of her rational control.

“She can’t explain what happened.”

He described her shock and distress as acute and said: “Her first thoughts are for those who were hurt, physically and emotionally, by her actions.

“She wishes to express her remorse and sorrow – she’s devastated. It’s the first thing she thinks of when she wakes and the last thing when she goes to sleep.”