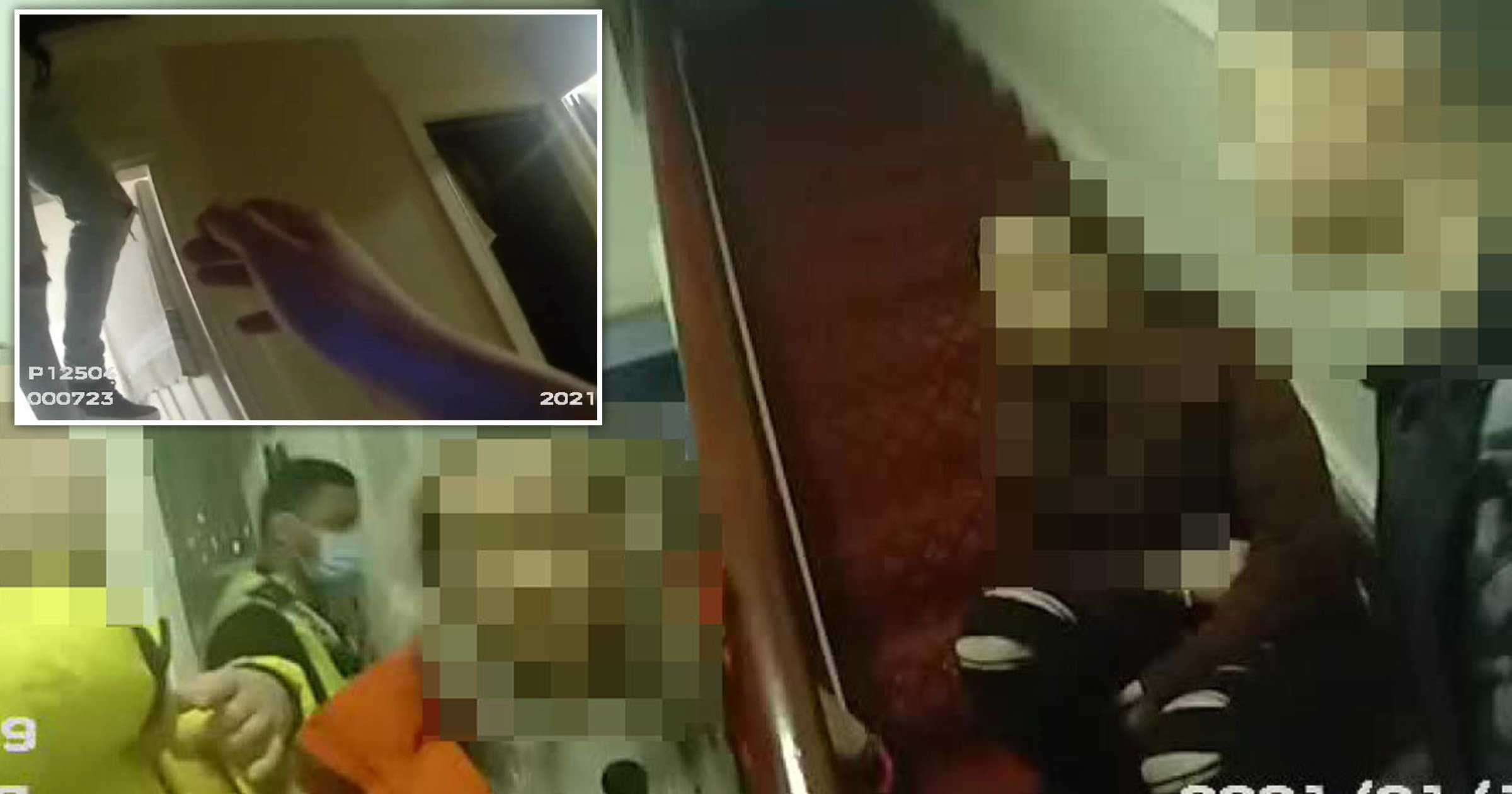 A reveller was caught hiding in a loft by police called to break up a house party when officers spotted his legs dangling through the hatch.

North Yorkshire Police released photos of the Covidiot as part of a wider warning about the ‘extremely concerning’ number of illegal gatherings taking place across the county.

A police spokesperson said: ‘After getting reports of a house party in progress, officers went to break it up and discovered one of the group hiding in the loft.

‘The bodycam image shows his legs dangling from the ceiling hatch.

‘We’ve pixilated faces for legal reasons, but we’re having to break up several large house parties like these every single week. It’s extremely concerning.’

The raid comes after 19 people were fined for attending a party in Scarborough and 10 fixed penalty notices were issued to people found at a children’s party in York.

More than 1,000 people have now died with coronavirus in North Yorkshire.

The spokesperson added: ‘We know these incidents are infuriating for everyone who continues to follow the rules and may not have even seen loved ones for months.

‘They put the health of entire communities at risk and certainly won’t help us come out of lockdown any sooner.

‘We’re all looking forward to a good party when this is over. When we receive reports of any in the meantime, our officers won’t wait for an invitation.’

Figures released last month showed that more than 42,000 fines have been handed out by police for breaches of Covid-19 laws since they came into force.

Data published by the National Police Chiefs’ Council (NPCC) showed a total of 42,675 fixed penalty notices (FPNs) were issued by forces in England and Wales between March 27 last year and January 17.