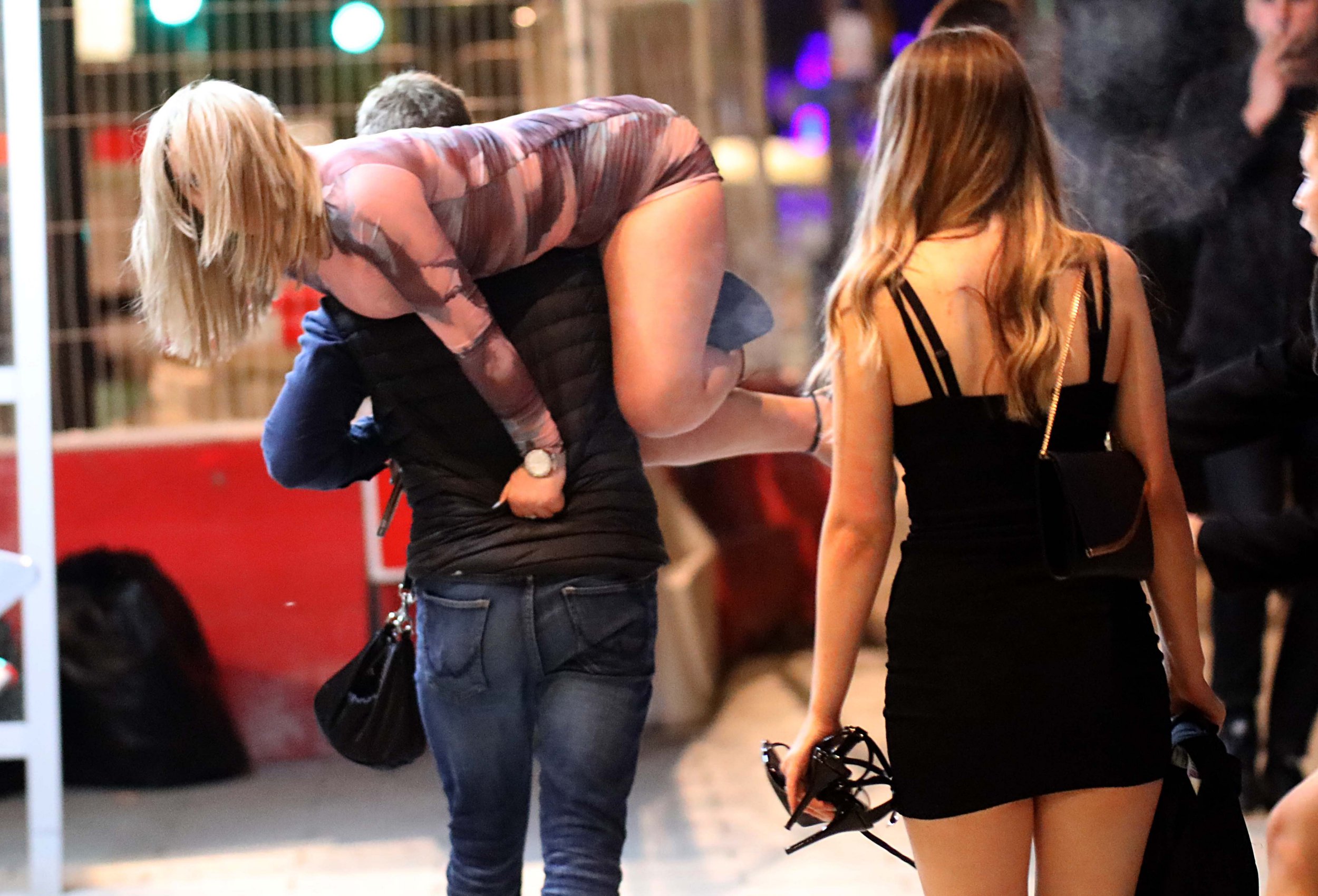 Crowds of revellers hit the pubs and bars of Britain to enjoy the start of a sunny bank holiday weekend.

With the country under severe Covid restrictions for much of the year, it was the first chance for many to properly celebrate having an extra day off.

Both the Easter and May Day bank holidays fell while pubs were not allowed to operate indoors, while this time last year the country was still in full lockdown.

Some took full advantage of the easing of restrictions to go-all out for their Friday nights.

There were typically British scenes in city centres across the country with revellers spilling out onto the streets to party.

One man in Newcastle momentarily lost his trousers while another reveller was so impressed with his chips and gravy, he had to take a picture.

Meanwhile more than one drinker needed to be carried home while some decided to sleep on the pavement instead.

Another woman demonstrated she had a lot of energy left by cartwheeling across the street.

Warm weather is being predicted across Saturday, Sunday and Monday, with forecasters predicting the country could be in for its hottest day of the year so far.

The Met Office is predicting temperatures of 20C across parts of the UK on Saturday, while by Monday the mercury could hit 25C in west London, 21C in Leeds and 22C in Newcastle.

Major events including Saturday’s Champions League final between British clubs Chelsea and Manchester City are expected to bring yet more people out.

Despite the positive outlook for the weather, pubs are still predicting revenue will be far below normal levels due to continuing Covid restrictions.

Rules including the requirement for customers to order via table service and limits on the number of people who can be in a group are continuing to harm business, hospitality chiefs claim.

They are calling for all restrictions to end on June 21 as planned despite the spread of the Indian variant of Covid.

While pubs have been open since April 12, nightclubs are still waiting for confirmation on whether they will be allowed to reopen for the first time in a year next month.

Meanwhile, some 10.8 million leisure car journeys are expected to take place over the long weekend, according to research from the RAC, which could clog up major routes.

Ben Aldous, from the RAC, said: ‘Our research points to Saturday and Monday being the busiest days, but in reality there’s a good chance the weather will have the final say as to how busy the roads get.

‘A return to more typical late May temperatures and an end to the recent wind and rain could spark a sudden surge in journeys and mean some routes – especially those to the coasts and hills – start to clog up.’

Robert Nisbet, director of nations and regions at the Rail Delivery Group, said: ‘Many people are looking forward to getting out and about this bank holiday and train companies are helping them to travel with confidence by maintaining enhanced cleaning and providing personalised alerts about busy services.

‘Vital upgrades to make the railway more reliable will affect some journeys, so we’re asking passengers to check before they travel and plan journeys for quieter times if they can.’