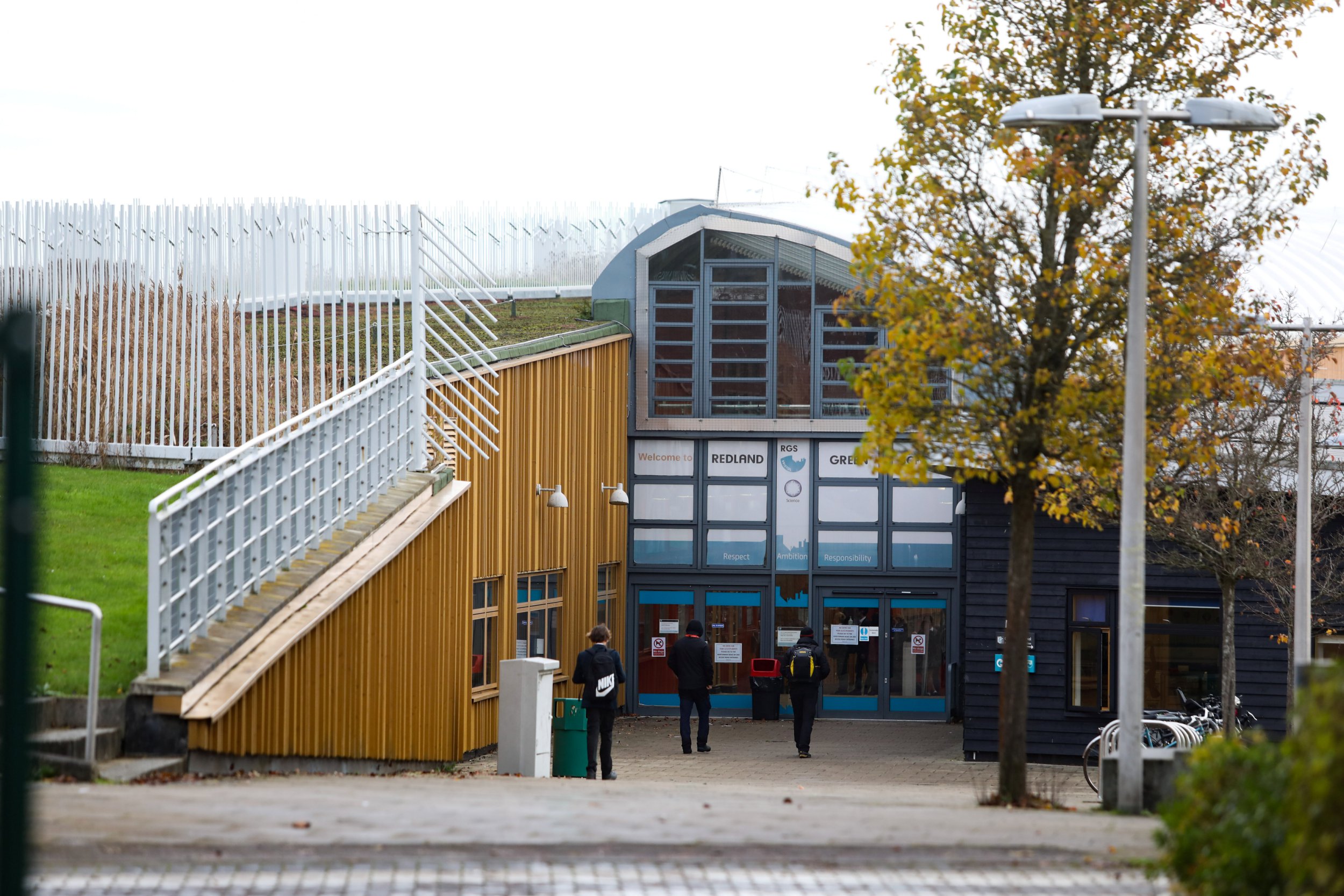 A ‘riot’ broke out at a secondary school when a popular teacher resigned, claiming to have experienced racial harassment.

Students attempted to break down doors on Monday and staff were forced to barricade themselves inside classrooms, according to one staff member at Redland Green School in Bristol.

Around 200 students started ‘rioting’ by spraying graffiti on the walls, smashing toilets and tipping over bins.

A member of staff, who did not want to be named, said: ‘Approximately 200 students, fed up with a lack of action over racism, staged a walk-out at 11am, and refused to go back to class as a form of protest.

A letter sent to parents on Monday from headteacher, Ben Houghton, and co-chair of governors, Rhiannon Ormsby, said ‘a number of students across year groups left lessons to protest’.

‘Some students have chosen to make their voices heard on the issues of EDI (equality, diversity and inclusion) and racism by way of protesting during the school day, raising issues that concern them.

‘Students have since been instructed to return to their lessons and the day has continued as normal.

‘Our priority at this point is to the safety and wellbeing of all students and staff on-site and to ensure that the rest of the term can proceed calmly and in the normal way.

‘I would also like to reassure you that RGS is a school where discrimination of any form is totally unacceptable, is never tolerated and will always be acted upon when reported.’

Metro.co.uk has contacted Gate House Green learning trust, which is responsible for the school, for further comment.