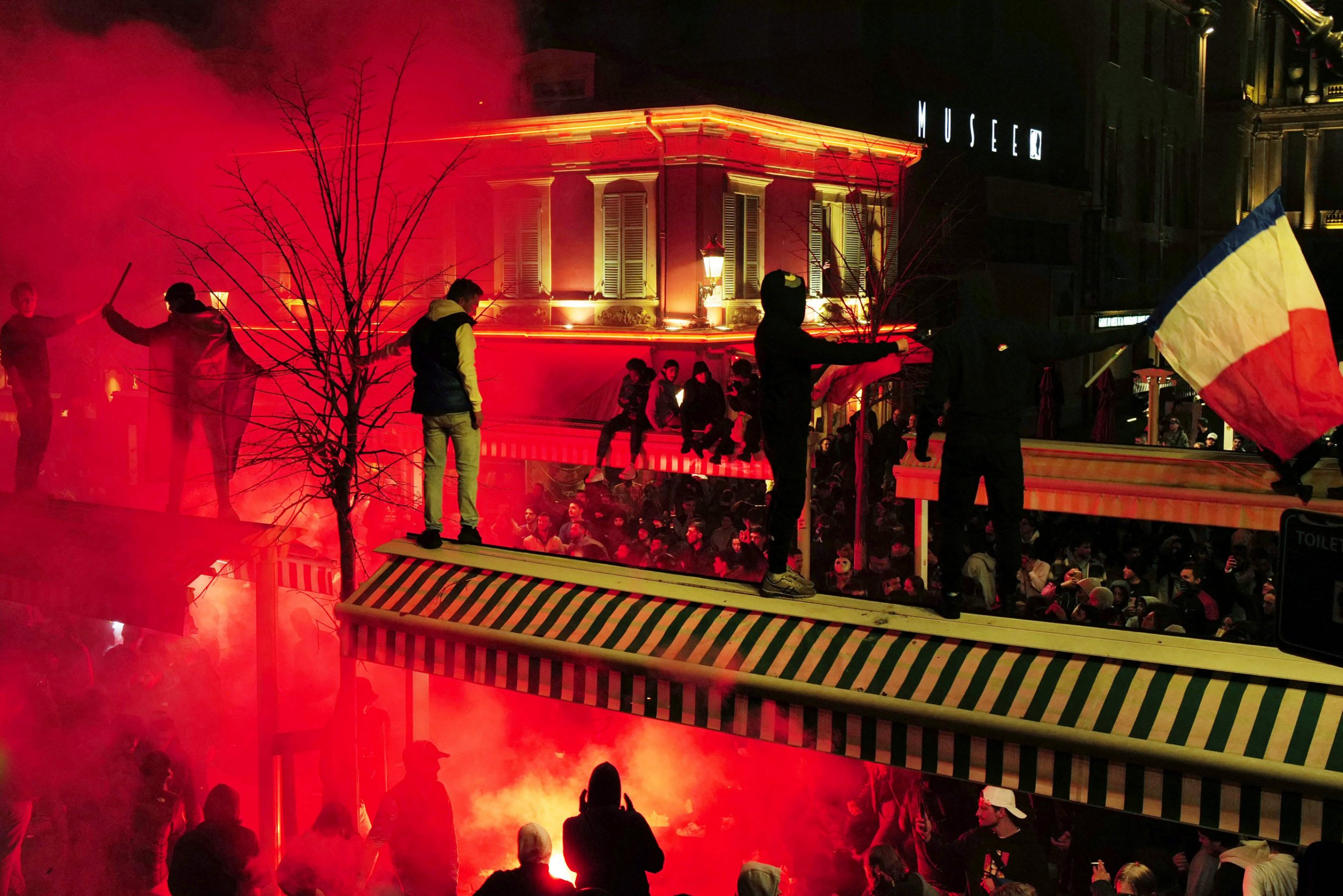 France beat Morocco 2-0 after the latter made history as the first African nation to reach the semi-finals.

Footage from across Europe has revealed unrest as fans of both teams gathered in volume following the match.

One video, shared by French daily newspaper Midi Libre, shows fireworks and flares being flung across a square in Montpellier.

People can be seen darting for cover as the projectiles are thrown.

Others were seen scaling a monument in the footage while grasping onto red flares.

In the footage, a man can be seen hastily removing his country’s flag from his window.

Thousands of police officers had been called up ahead of tonight’s fixtures.

Around 2,200 officers – many armed with riot gear – had lined the Champs-Elysees in Paris.

France and Belgium are both home to a large Moroccan community, many of whom have dual citizenship.

Tonight’s fixture was all to play for, with Morocco narrowly missing out on key chances at goal.

Following the result, France are now one match away from defending their World Cup crown.

They will take on Argentina in the final on Sunday.