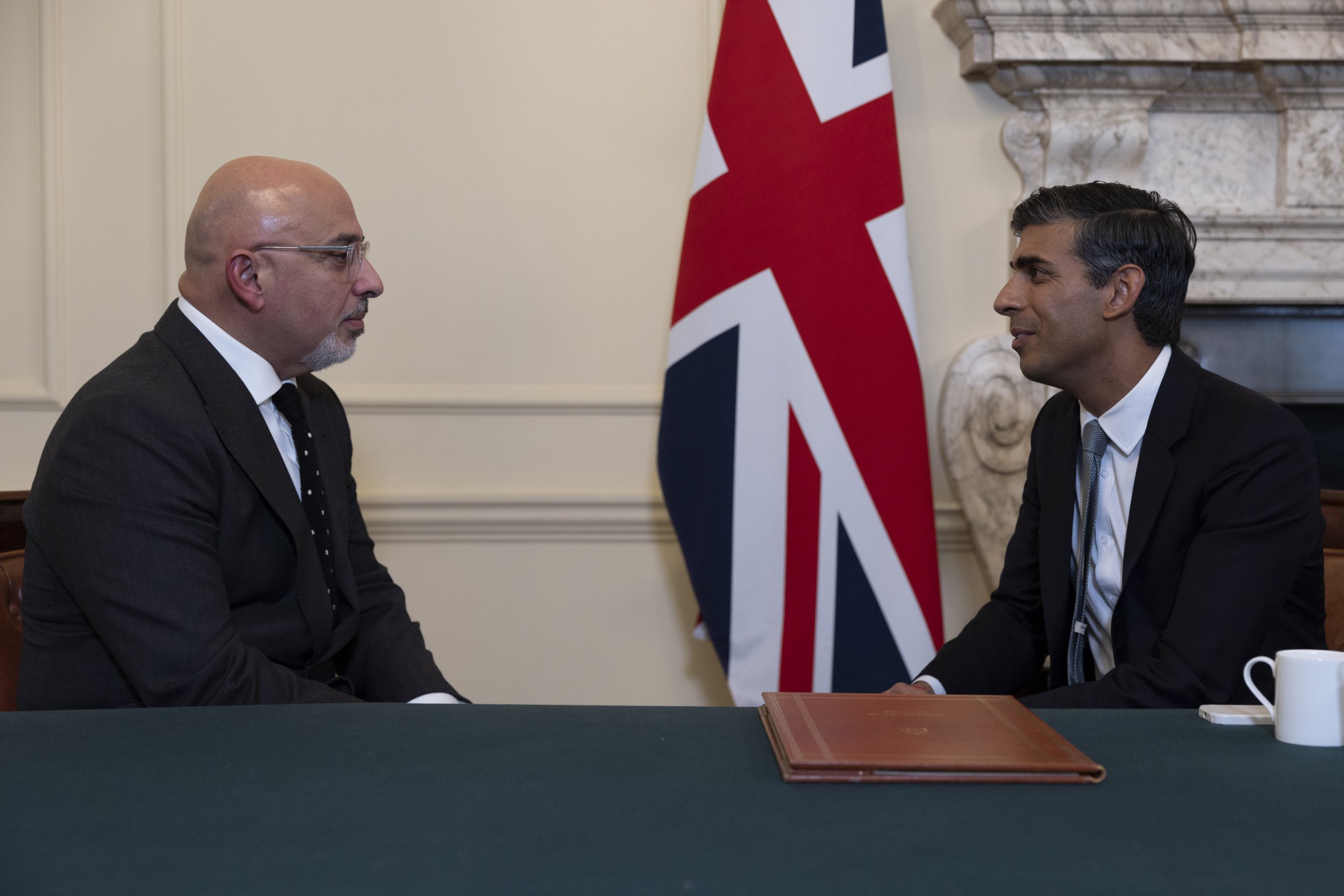 Rishi Sunak has asked his independent ethics adviser to look into the tax affairs of Tory chairman Nadhim Zahawi.

Mr Zahawi, 55, has seen his finances comes under scrutiny after he is said to have paid £4.8million to settle a tax dispute.

The MP for Stratford-upon-Avon has vowed not to quit after facing questions over whether he tried to dodge tax on the sale of shares in YouGov, the polling company he co-founded.

Mr Zahawi said HMRC accepted the error was ‘careless and not deliberate’.

But now an investigation will consider whether his conduct could have breached the ministerial code.

During a visit to Berrywood Hospital in Northampton today, the Prime Minister said ‘clearly in this case there are questions that need answering’.

‘That’s why I’ve asked our independent adviser to get to the bottom of everything, to investigate the matter fully and establish all the facts and provide advice to me on Nadhim Zahawi’s compliance with the ministerial code,’ Mr Sunak said.

Mr Zahawi has agreed to ‘fully co-operate with that investigation’.

He will remain chairman of the Conservative party until the outcome of the investigation, when the ‘appropriate next steps will be decided’, the PM added.

A source close to Mr Zahawi said: ‘He is absolutely not resigning’.

Asked whether Mr Zahawi should not stand down during the investigation, Mr Sunak said: ‘As is longstanding practice, he will continue to play the role he does.’

The HMRC penalty was due to a failure to pay capital gains tax from the sale of YouGov shares worth more than £20million, a source is said to have told The Guardian.

However, Foreign Secretary James Cleverley said it was ‘right and proper’ that politicians’ tax affairs should be kept out of the public eye.

He evaded questions on claims Mr Zahawi negotiated the settlement while he was chancellor of the exchequer – and ultimately the minister in charge of HMRC -serving under former PM Liz Truss between July and September last year.

It has also emerged today Mr Zahawi allegedly falsely told officials he did not exchange WhatsApp messages with former Tory PM David Cameron, who was lobbying for government loans for Greensill Capital.

But it later came to light they had discussed the now-collapsed firm, according to The Times, when the messages were released to a select committee inquiry.

Former Downing Street communications chief Sir Craig Oliver said Mr Zahawi is ‘hanging on by a thread’ after he refused to address questions from journalists waiting for him at Conservative Campaign Headquarters on Monday morning.

‘I think he’s in serious trouble, you cannot be Conservative Party chairman and not go out and face the media,’ Sir Craig told BBC Radio 4’s Today programme.

‘The problem for Nadhim Zahawi at the moment is it doesn’t all add up. Why did you take the job as chancellor when you were clearly in dispute with the HMRC, and he is yet to come out with an answer that is satisfying or feels comfortable on that point.’

Deputy Labour leader Angela Rayner said ‘yet another’ of Mr Zahawi’s stories was ‘unravelling’ with the Conservatives ‘engulfed in cronyism and corruption’.

The party is under further pressure after allegations surfaced that a BBC chairman, Richard Sharp, reportedly helped Boris Johnson arrange a guarantee on a loan of up to £800,000 weeks before he was recommended for the job by the then-prime minister.

Labour is calling for an investigation into the claims, today dismissed by Mr Johnson as ‘absolute nonsense’.