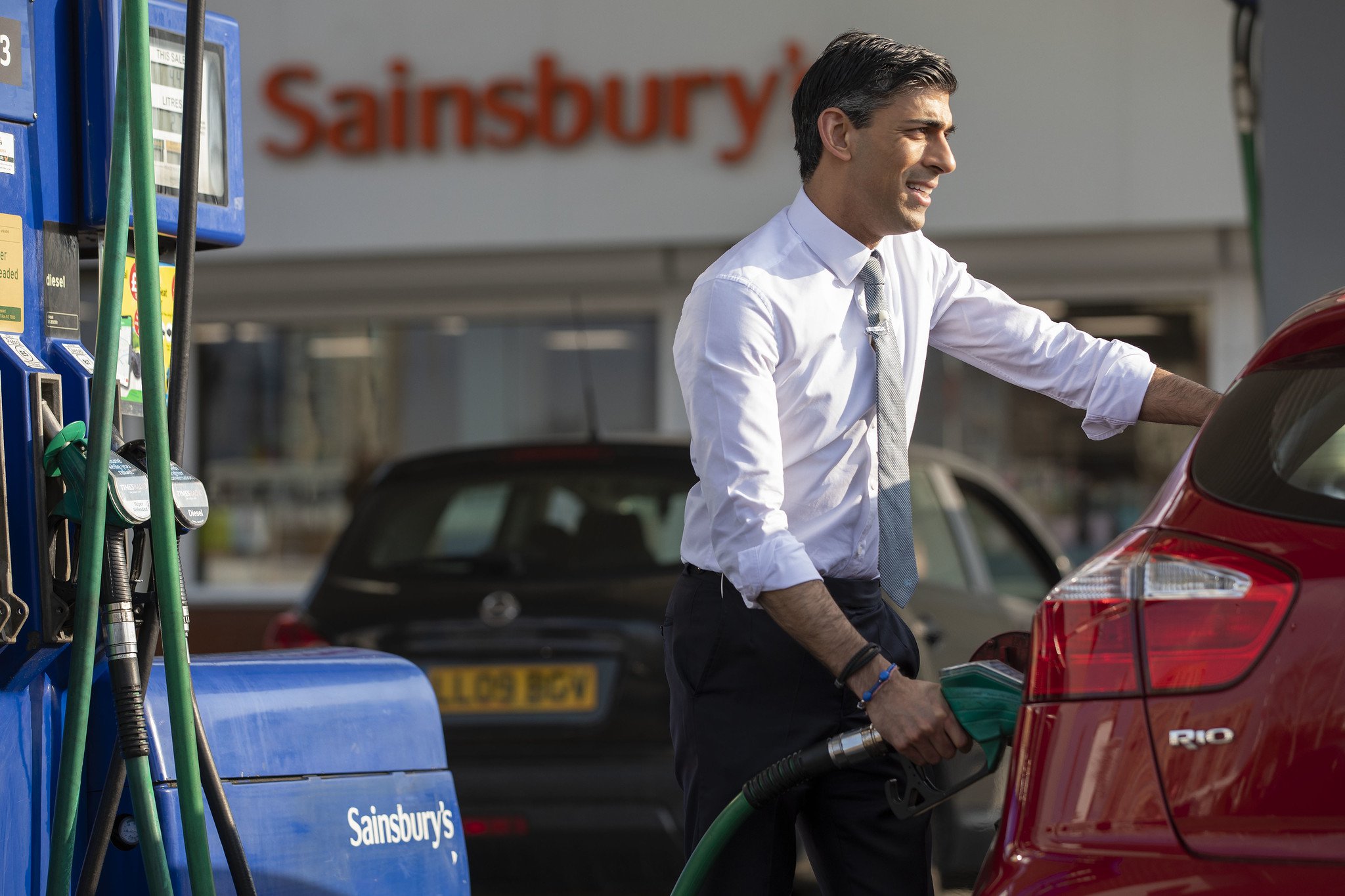 Rishi Sunak is suspected of borrowing a Sainsbury’s worker’s car to fill up with petrol in front of photographers to make himself seem more relatable.

The chancellor delivered his Spring Statement yesterday, announcing a 5p decrease in the price of petrol per litre which came into effect at 6pm that evening.

In what many have called a publicity stunt, Mr Sunak was then filmed at a petrol station outside New Cross Sainsbury’s in south-east London.

The millionaire was pictured filling a red Kia Rio, which is worth around £13,000 brand new.

Some social media users said they did not believe someone that rich would own this type of car.

And the Daily Mail has since reported Mr Sunak had to borrow this car from a Sainsbury’s worker said to be named Conner.

This suggests the picture was taken earlier in the day, meaning it was not necessary for the chancellor to wait for his 6p decrease to come into effect – which he said was the ‘biggest reduction in fuel duty rates ever’.

Mr Sunak is believed to have paid £30 out of his own pocket to fill up Conner’s car, according to The Independent.

Things only got worse for the Tory politician, as it appeared he did not even know how to use a contactless machine when he tried to pay for the petrol.

Footage shows Mr Sunak raising his bank card to the shop attendant’s barcode scanner instead of the card machine.

Then not even a day later, Mr Sunak revealed he did not know the price of a loaf of bread.

During an interview about rising inflation, the chancellor said he had noticed one of the ‘whole range of different breads’ his family likes to buy had gone from £1 to £1.20.

It is believed he was talking about his personal favourite – Hovis Seed Sensations which costs £1.75 at Tesco.

Mr Sunak is said to have a net worth of £200 million while his billionaire wife is one of the richest women in Britain.

The chancellor has been branded ‘out of touch’ on social media with memes flooding timelines mocking Mr Sunak’s ‘daily bread menu’.

Fuel prices are hitting record highs as low production during the pandemic failed to account for the rising demand as restrictions lifted and inflation has hit its highest level in 30 years.

Mr Sunak’s Spring Statement included a number of ways to help people with this huge increase in the cost of living but many have said it does not go far enough.

One of the most common criticisms of the scheme is that the Government has not announced any rise Universal Credit, leaving people on benefits to pay for higher bills with less income.