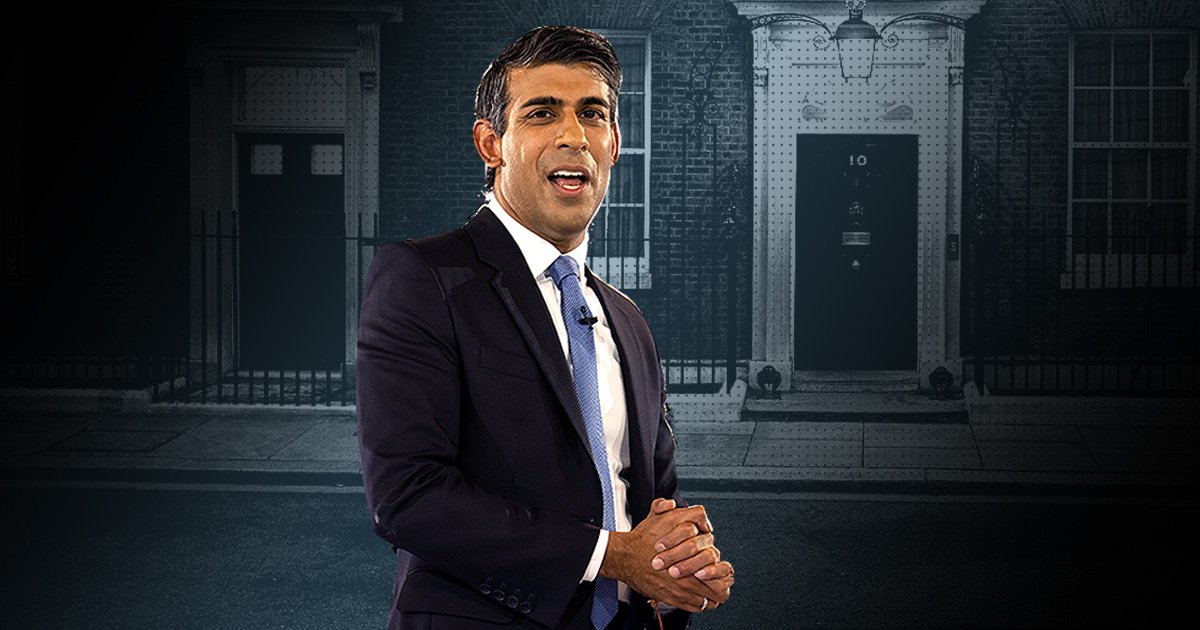 The UK’s next prime minister will be Rishi Sunak after he was the only candidate still in the running to achieve 100 nominations from MPs.

Penny Mordaunt, who also also took another tilt at the leadership, dropped out at the last minute after failing to win the support of enough parliamentary colleagues.

And Boris Johnson pulled out of the race last night saying that it was ‘simply not the right time’ despite insisting he had the number of backers needed.

This means that Mr Sunak will become PM automatically, in a ‘coronation’ decided by those in Parliament, rather than going to a vote by Tory party members.

Contenders had until 2pm today to hit the threshold of 100 nominations from Conservative colleagues.

Former chancellor Mr Sunak quickly hit the number, emerging as the frontrunner with the public support of about half the parliamentary party.

Ms Mordaunt appeared to be far behind with only 26 public backers this morning, but had been scrambling to hit 100 and was phoning around right until the deadline.

Rishi Sunak has become the new UK Prime Minister after winner the Tory leadership race. So what happens next?

Allies had insisted they were ‘confident’ she will hit the target, with a campaign spokeswoman saying: ‘Penny is speaking to colleagues from across the party. She’s getting the numbers and she’s in it to win it.’

But in a statement posted online two minutes before the deadline, Ms Mordaunt, who said she reached 90 backers in the end, said Rishi Sunak now has her ‘full support’.

‘These are unprecedented times. Despite the compressed timetable for the leadership contest it is clear that colleagues feel we need certainty today,’ she said.

‘They have taken this decision in good faith for the good of the country.

‘Members should know that this proposition has been fairly and thoroughly tested by the agreed 1922 process.

In a spectacular comeback, Mr Sunak, 42, will become the youngest prime minister for more than 200 years – a year younger than the current record-holder, David Cameron, who was 43 when he became PM in 2010.

Tony Blair was also 43 when he became prime minister in 1997, but was a few months older than Mr Cameron at the time both won power.

However, Mr Sunak would not be the youngest PM ever to hold the office in this country.

As his name suggests, William Pitt the Younger was famous for his youthfulness and was just 24 when he first became prime minister in 1783.

But Mr Sunak will make history in terms of ethnicity, being the first British Asian prime minister.

Born in 1980 in Southampton to parents of Punjabi descent, he is a practising Hindu and takes his Commons oath on the Bhagavad Gita, a sacred Sanskrit text. His grandparents were born in India and emigrated to the UK from East Africa in the 1960s.

Sunder Katwala, director of British Future, said: ‘It will be an historic moment if Rishi Sunak does become our first British Indian and Hindu prime minister, showing that the highest office in Britain can be open to those of all faiths and ethnic backgrounds.

‘This will be a source of pride to many British Asians – including many who do not share Rishi Sunak’s Conservative politics.’

He will have a struggle to unite the party, which won a big victory in the 2019 election under Boris Johnson, but since then has had scandal after scandal and will be onto its third prime minister.

Many activists loathe Mr Sunak for his role in bringing down Mr Johnson, and will be furious at being denied a say in the contest.

Labour leader Keir Starmer has already called for a general election, saying that voters did not ask for the current situation.

Mr Johnson had returned home from a Caribbean holiday as he plotted a return to No 10 less than two months after being ousted following a series of scandals.

In a statement yesterday evening, he said there was a ‘very good chance’ he could have been back in No 10 by the end of the week, but admitted he could not unite his warring party.

His efforts to ‘reach out’ to his rivals – Mr Sunak and Ms Mordaunt – to work together in the national interest had not been successful, he said, so he was dropping out.