Former Chancellor Rishi Sunak has announced he will run to be Conservative Party leader following the resignation of Boris Johnson. It was his and Sajid Javid’s resignations which sparked the downfall of the Prime Minister, and now Mr Sunak wants to secure his place in No10. Mr Sunak says in his announcement video the UK cannot tell itself “comforting fairy tales”. He added: “Do we confront this moment with honesty, seriousness, and determination, or do we tell ourselves comforting fairy tales that might make us feel better in the moment but will leave our children worse off tomorrow?

“Someone has to grip this moment and make the right decisions.

“That’s why I’m standing to be the next leader of the Conservative Party and your Prime Minister.”

One man who will potentially be pleased by the news is former adviser to Boris Johnson, Dominic Cummings.

In May last year, it was reported that a “vengeful” Mr Cummings was pushing for the then Chancellor to swoop into No10 so his Vote Leave allies would have a “new host” for their ambitions.

One Conservative MP told The Times: “Cummings seems to want to create the third coming of Vote Leave, and sees Sunak as the host who can carry them back to power.” 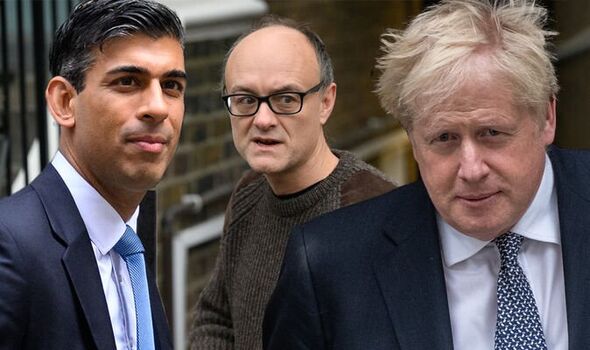 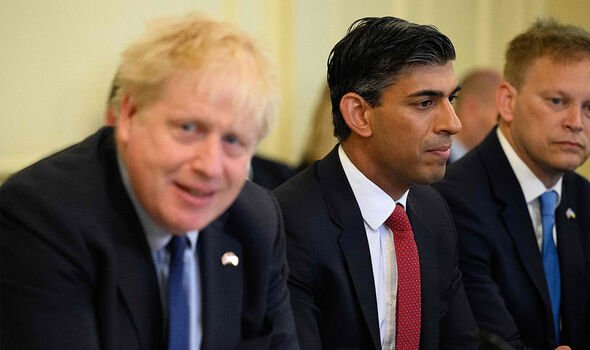 In June 2021, Mr Cummings also indicated that he and Mr Sunak were united over Covid.

He said, in 2020, Mr Sunak shared concerns Mr Johnson had “no plan” to deal with coronavirus and was wrongly delaying a second lockdown.

On his Substack blog, Mr Cummings repeated his description of the Prime Minister as “like a shopping trolley” veering from side to side with no direction.

He also wrote: “When you watch the apex of power you feel like ‘if this were broadcast, everyone would sell everything and head for the bunker in the hills’.

“It’s impossible to describe how horrific decision-making is at the apex of power and how few people watching it have any clue how bad it is or any sense of how to do it better.

“It’s generally the blind leading the blind with a few non-blind desperately shoving fingers in dykes and clutching their heads.” 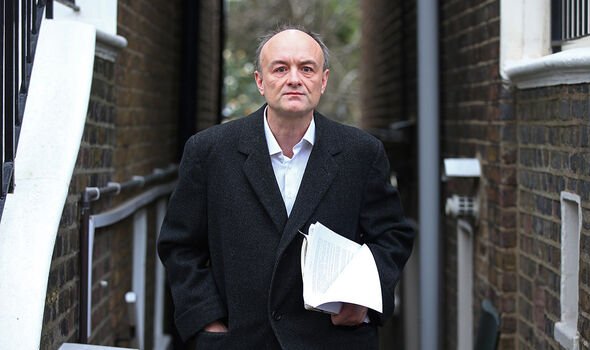 Mr Cummings also defended Mr Sunak from claims that the then Chancellor had resisted scientists’ call for a return to restrictions.

Since leaving Government in November 2020, Mr Cummings has been a constant critic of Mr Johnson.

Mr Sunak isn’t the only person to confirm he will now run for the Tory leadership.

Attorney General Suella Braverman has become the first person to officially throw her hat in the ring, announcing on ITV’s Peston that she will run.

She said: “I’ll be straight with you Robert; yes, I will.

“If there is a leadership contest, I will put my name into the ring.

DON’T MISS
Verdict of history will be kinder than his own party – LEO McKINSTRY [INSIGHT]
Tory leadership battle begins – who are the candidates running for PM [ANALYSIS]
Boris was right to try and stay, his departure will be damaging [INSIGHT] 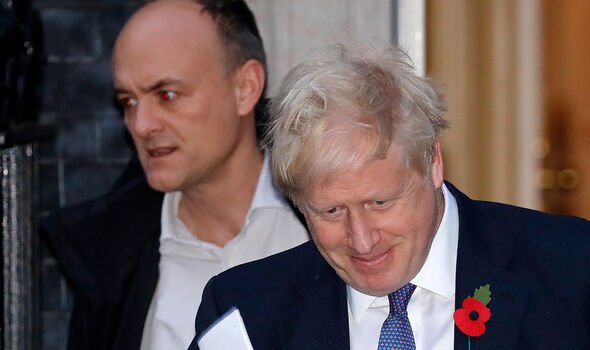 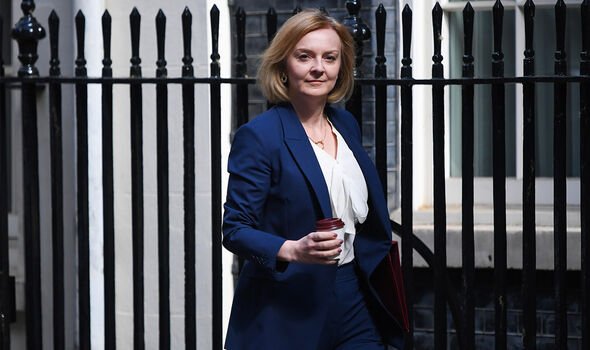 “I love this country, my parents came here with absolutely nothing, it was Britain that gave them hope and security and opportunity and this country’s offered me incredible opportunities in education and in my career.

“I owe a debt of gratitude to this country and to serve as Prime Minister would be the greatest honour, so yes, I will try.”

Tom Tugendhat, chairman of the foreign affairs committee, declared his candidacy last night with a vow to turn the Conservative Party into a “broad church”

Grant Shapps, the Transport Secretary is also expected to run.

Foreign Secretary Liz Truss and Defence Secretary Ben Wallace are also expected to be among the favourites.