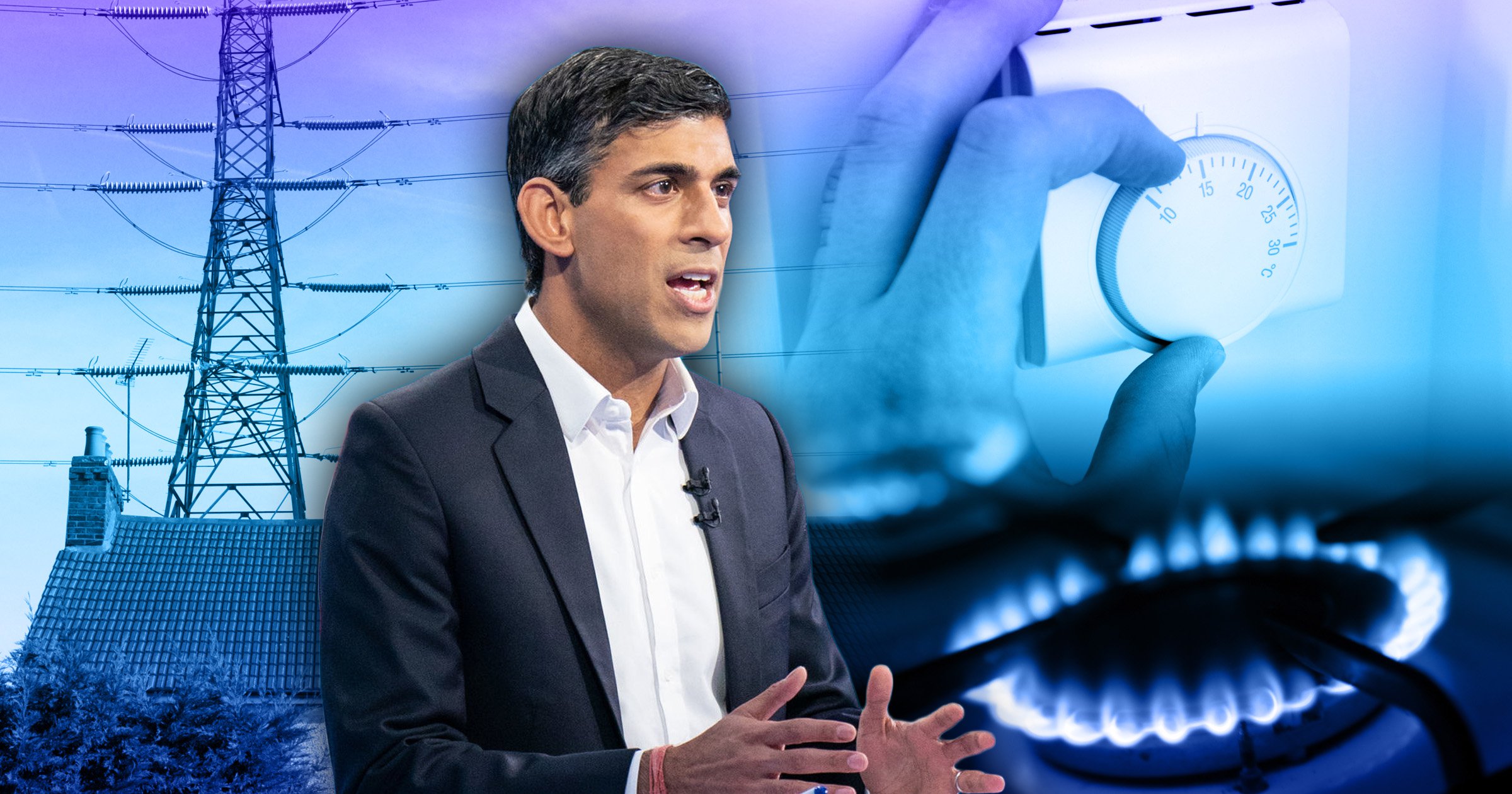 Rishi Sunak claims he would scrap VAT on all domestic energy bills for a year if he becomes next Prime Minister.

The move, part of the former chancellor’s ‘winter plan’ would save the average household £160 if it happened.

He would remove the tax if the energy price cap – currently just under £2,000 a year for the average home – exceeds £3,000 as is forecast by experts.

Mr Sunak has said tackling inflation is ‘critical’ and will undertake ‘major supply side reforms aimed at bringing down the cost of living.

‘That’s why, with the price cap expected to rise above £3,000 in October, I will move immediately to scrap VAT on everyone’s domestic energy bills for the next year, saving the average household £160,’ he said.

‘This temporary and targeted tax cut will get people the support they need whilst also – critically – bearing down on price pressures.’

He added: ‘As chancellor I knocked £400 off everyone’s energy bill and provided support of £1,200 for the most vulnerable households. This additional VAT cut will help deal with the current emergency.

‘I will also begin undertaking major supply side reforms targeted at the rising cost pressures families are facing.

‘That means urgently getting more people off welfare and into work and tackling the supply chain crunch.’

Transport Secretary Grant Shapps, a supporter of Mr Sunak, defended his £4.3billion policy as sensible as it would not add to inflation.

‘In the short term it would be deflationary because people’s costs would reduce, in the medium term it would not have an impact on the consumer prices index,’ he told ITV’s Good Morning Britain.

Mr Sunak’s campaign team says this stands in contrast to the £55billion fiscal commitments made by his Tory leadership rival Liz Truss.

One key part of Ms Truss’ plan is to reverse the National Insurance contribution increase rolled out by Mr Sunak as chancellor.

She said the tax increases under him were ‘morally wrong and said increasing NI breached a Conservative Party manifesto pledge.

Under his new plan, Mr Sunak would expand the labour force by tightening up the rules on out-of-work benefits.

This would mean doubling the number of hours someone on welfare has to work a week in order to avoid having to look for a full time job.

He would also look at new incentives to support inactive older workers to return to the labour market, and would reduce the UK’s dependence on French ports.

Mr Sunak said that he would work with Britain’s biggest importers to build up trade with Dutch and Danish ports, ending the disruption that is causing the shortages and the price increases.

Work and Pensions Secretary Therese Coffey, who supports Ms Truss in the leadership race, suggested the former chancellor U-turned on his welfare proposals.

She said: ‘Helping people progress in work by getting better jobs and more hours is a key role of job centres.

‘DWP (Department of Work and Pensions) will shortly change the rules to ensure people keep looking for extra work until they have at least 12 hours a week, with an ambition to increase that in the future.’

Ms Coffey said her department hoped to get this under way earlier this year but the move was ‘blocked’ by the former chancellor.

‘I share the ambition to go further but these new proposals require extra £210m funding,’ she added.

‘In the meantime, we need to get on so we can help people be more prosperous and help grow the economy.’

‘Once again he’s acting as his own personal rebuttal unit – attacking a policy for months then adopting it.

‘Not content with playing hokey cokey with our taxes as chancellor, he’s devised a poor imitation of the windfall tax Labour called for, and now he wants to cut VAT on energy bills.

‘It’s like he’s forcing himself to do dodgy cover versions of a band he insists he always hated.

‘This is just another example of the Tory party trying to cling on despite 12 years of continuous failure, when the truth is they are out of time and out of ideas.’

She added: ‘His tax hikes alone have cost families four times as much as this measly plan would ever save them.

‘It is proof that both Sunak and Truss are out of touch and out of ideas. All they can offer is half-baked policies which won’t save people from the frankly frightening rise in energy bills this winter.

‘Both candidates are tax-hikers who are guilty of breaking promises made to the British public. We can’t trust them to govern this country through an economic crisis.

‘If Conservative MPs refuse to listen to our calls for an emergency tax cut, they face a reckoning from Blue Wall voters at the next election.’