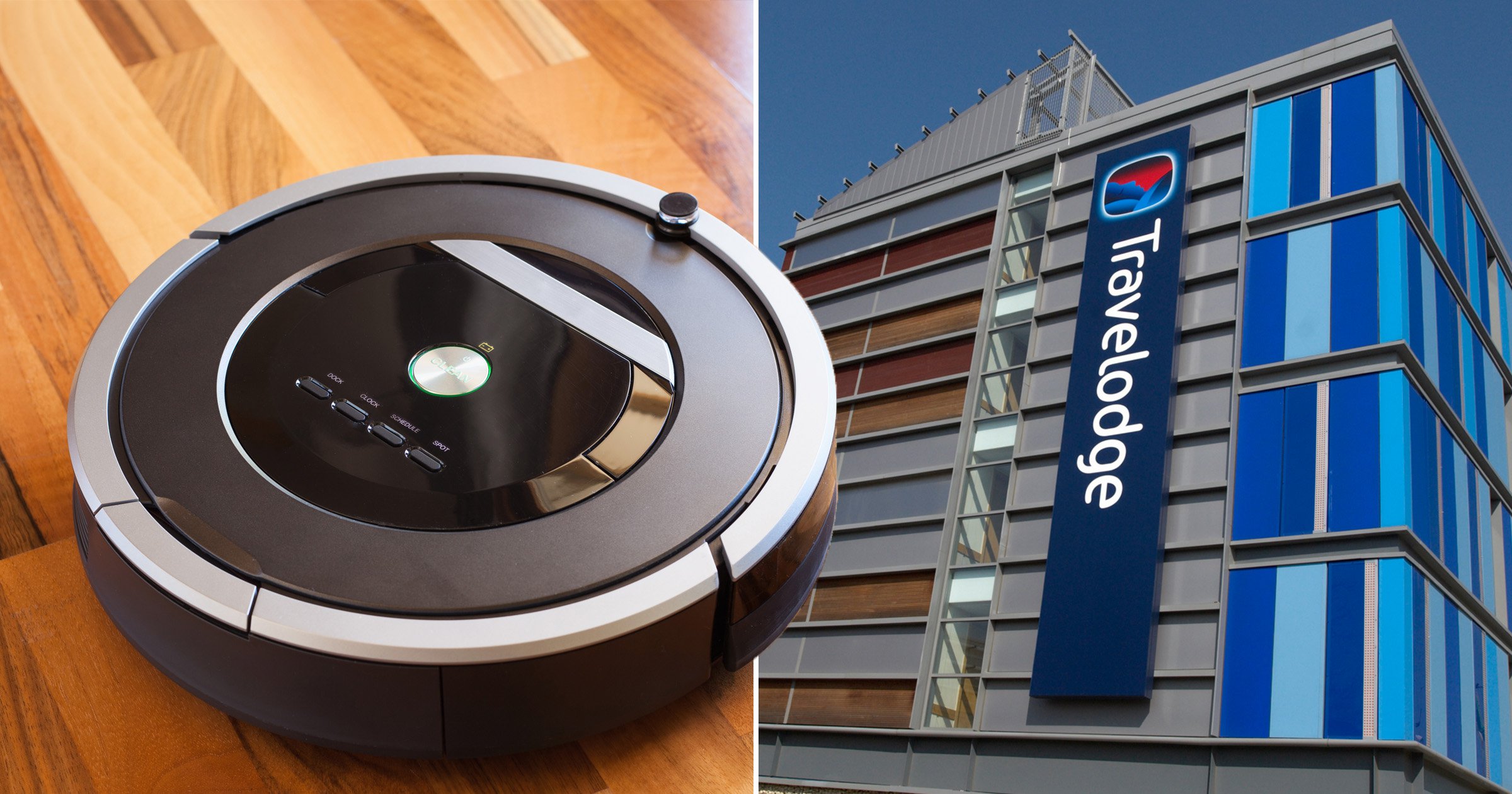 A robot vacuum cleaner made an unlikely run for freedom from a hotel in Cambridge this week.

But the intrepid automaton only got as far as a nearby bush before its travels came to an abrupt end.

The non-human cleaner appears to have been cleaning around Orchard Park Travelodge’s front door on Thursday when it sensed its opportunity, leaving staff unsure about its whereabouts.

‘Today we had one of our new robot vacuums run for its life,’ the BBC reported that the assistant manager wrote.

‘They normally sense the lip at the entrance [to the hotel] and turn around, but this one decided to make a run for it.’

There had been fears that the robot – who does not have a name – might have been taken, but staff noted that it was only compatible with the charging station at the hotel.

And on Friday the device’s fleshy masters put an end to its clean break from work after finding it in a bush, when a human cleaner was working on the front drive.

Travelodge told the BBC that the robot was dusted off and ‘is now back sitting happily on a shelf with the rest of its robot vacuum family’.

While some readers joked about the robot’s adventures, one feared for its safety in the great outdoors, pointing out that ‘nature abhors a vacuum’.