Rory McIlroy has shown his emotional side ahead of this week’s Open Championship, preparing for the Open Championship, welling up as he discussed his hero Tiger Woods. Speaking about Woods, the Northern Irishman was asked by Tim Barter of Sky Sports: “Is it almost surreal now to be a good friend of his, to be a fellow Open champion and to be out here in this amazing event playing with him?” McIlroy replied: “Um, yeah, sort of. A little bit emotional in a way.

“Uh, yeah, it’s incredible to think … just … if you were to tell 10-year-old Rory back then that you would be doing this, I wouldn’t have believed you so to get my name on the Claret Jug, um, to be as close as I am with my hero growing up and to be a part of something like this.

“Doing this with Lee Trevino, Georgia Hall, you know, all the great champions that are gathered here today, to do the Champions Dinner tomorrow in the R&A clubhouse, um, where you have Jack Nicklaus, you know, on the 1st tee, it just, it’s sort of pinch-yourself moments.

“Uh, and it’s just really, really cool, and I’m so privileged and humbled to be a part of it all.”

But McIlroy is no stranger to hanging around with big names, and not only on the gold course.

Unknown to many is the fact that McIlroy became well acquainted with none other than the Duchess of Sussex before she married Prince Harry. 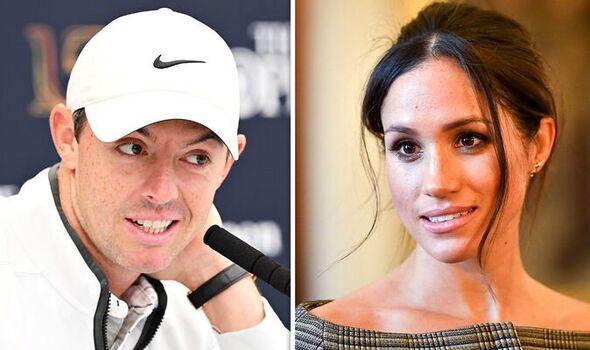 In 2014, Meghan Markle took part in the ALS Ice Bucket Challenge after the golfer nominated her.

Meghan, who starred as Rachel Zane in Suits at the time, duly accepted and threw a bucket of water over her head.

At the time, there was speculation they could be dating.

They were later spotted enjoying a meal in Dublin, but confirmed they were nothing more than friends.

As royal biographer Andrew Morton highlighted however, there was “nothing in the whispers”. 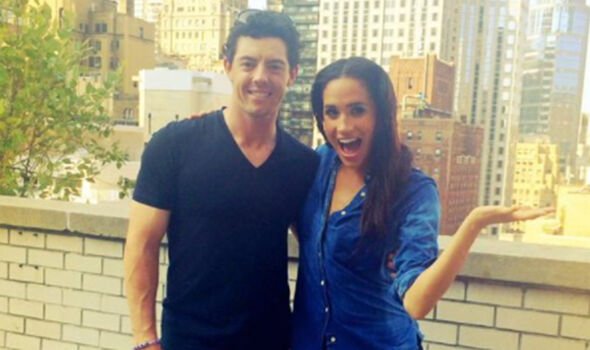 Having previously worked alongside Meghan, McIlroy was asked in 2018 if he had any advice for Prince Harry ahead of their marriage.

Speaking at the BMW PGA Championship, just days after the royal wedding, he said: “I obviously know Meghan a little bit but then how do you answer a question like that because there are clearly cultural differences as there is between Erica and myself.

“There would be cultural differences for Prince Harry even if he married someone from Britain and as was the case with his brother, Prince William just because of how he grew up. 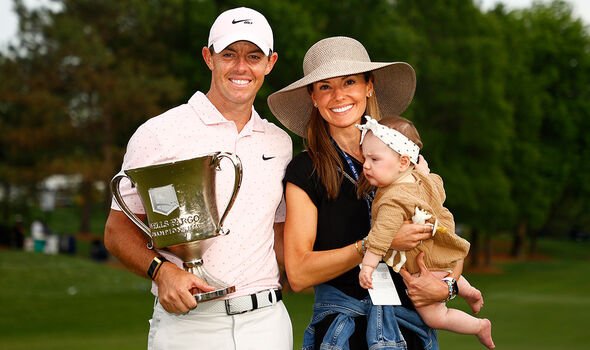 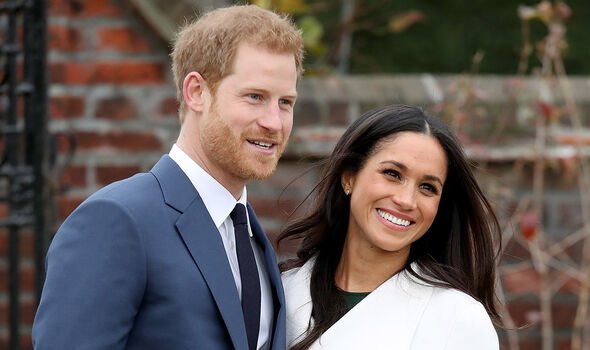 “I watched the Royal Wedding and everything went well, and she handled herself with such grace.

“So, there’s no doubt she will embrace the role and all you can do is to congratulate the both of them and wish them well in their lives together.”

McIlroy also has an American wife, Erica, who he met in 2015.

The pair married two years later, and welcomed their first child in September 2020.