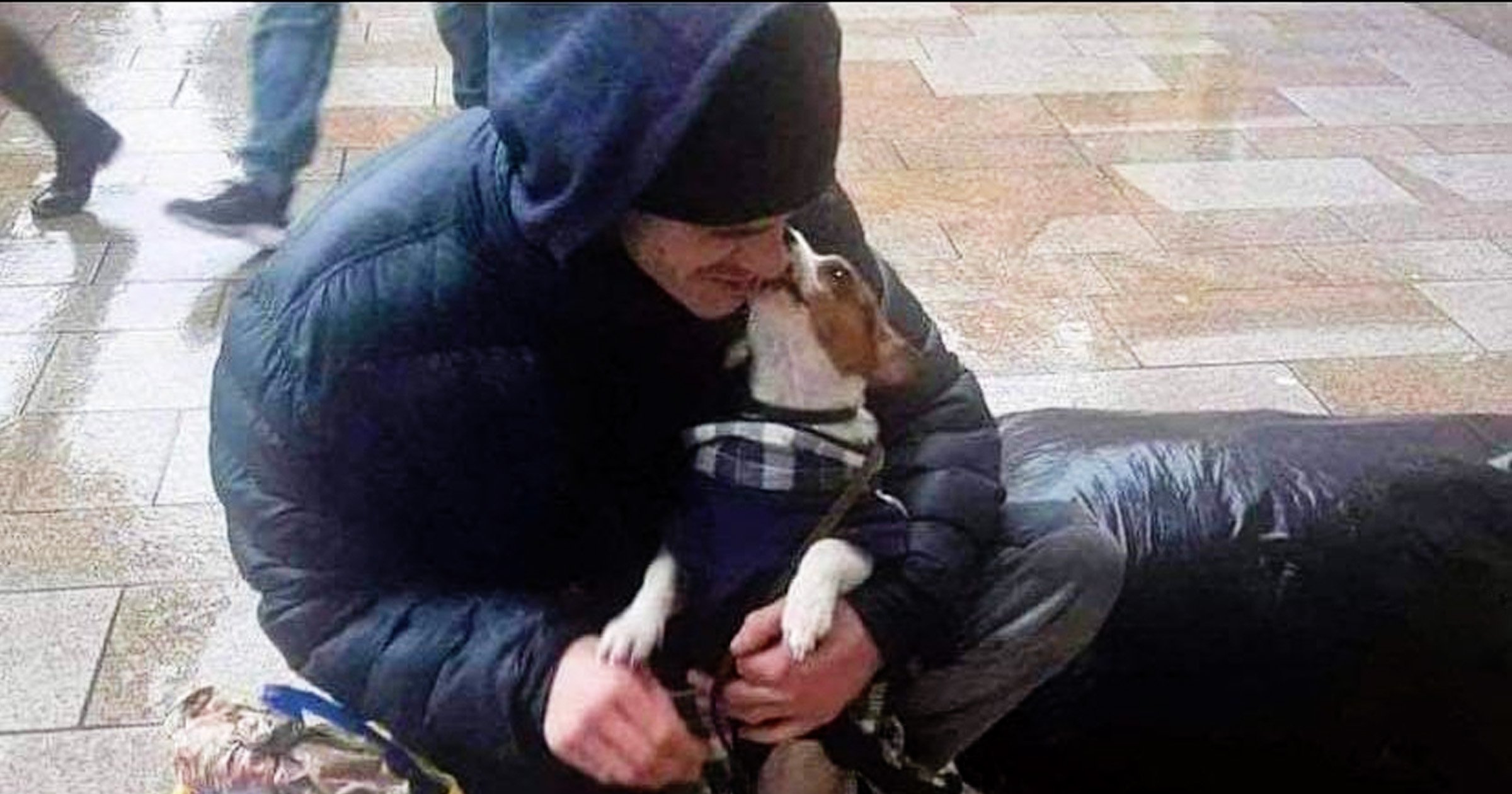 A Yorkshire rough sleeper made a final bed for his beloved Jack Russell only hours before he died.

Jonathan Ellerington, 41, died in the night outside a Costa Coffee in Hull on December 18, 2021, HullLive reported.

CCTV footage showed the wrenching moment Ellerington appeared to slump to the pavement before losing consciousness only days before Christmas.

Concerned people attempted to check on him but did not phone emergency services, while two left takeout food for him and his pup.

But in the end, Ellerington died with his faithful companion, his Jack Russell, Teddy, by his side, an inquest into his death heard yesterday.

Ellerington sat outside the cafe on the evening of December 17, surveillance footage showed. He made his bed and then Teddy’s then, at 8:30pm, fell unconscious.

He had long tried to kick a drug habit so he could see his daughter.

Ellerington had a home in the suburb of Gipsyville around four miles away with his partner and would often take Teddy to the city centre and sleep rough.

Just days before his death, passer-by Sophia Jama desperately tried to put a roof over Ellerington’s head by contacting the city council and homeless support services.

Yet because he had Teddy, Jama was told there was no accommodation available.

Following his death, a post-mortem found Ellerington had lethal levels of heroin in his system as well as methadone, painkillers and sedatives.

The drugs would have dangerously slowed down his breathing and his heartbeat.

Ellerington was a ‘loveable guy’, his sister said, who loved history and maths.

But an incident in secondary school would come to haunt him, one that his sister said may have curdled into his dependency on drugs.

‘Jon met his partner a few years ago and they remained together up until the day he died. Jon was never homeless,’ she said in a statement.

‘But he would sometimes go into the city with his dog and would end up sleeping there on the streets.’

She added: ‘Jon did get off the drugs from time to time and would go cold turkey, but it would never last.

‘He actually got clean for two years because he wanted to stay in touch with his daughter. During that time he managed to get work at Wren Kitchens and Crown Paints.’

A Costa Coffee worker found Ellerington dead on the morning of December 18, the inquest heard.

She initially did nothing while taking a cigarette break, thinking Ellerington was asleep, before realising he was dead as she checked up on him while opening the cafe.

Coroner Lorraine Harris said there was no evidence Ellerington died by suicide as she noted how many of his loved ones attended the inquest.

‘My sincere condolences go to his family, partner and everyone else who knew Jon,’ she said.