A formal apology has reportedly been extended to the Danish Royal Family after the UK’s Foreign Office accidentally invited Princess Mary to the late Queen Elizabeth’s funeral. The princess was not due to make the guestlist due to crowd-limiting rules, which meant global dignitaries and royalty could only be accompanied by a plus one in some instances. But a mistaken invite had caused some confusion in the run-up to the longest reigning monarch’s state funeral. Among the 2,000 people entering Westminster Abbey yesterday, Princess Mary, 50, was not seen.

It had been originally believed that Queen Margrethe II’s guest, her son Prince Frederik, could also bring a plus one – which was meant to be his wife Princess Mary of Denmark.

But this error is thought to have been made clear as their public statement was amended before they travelled across to the UK, which has prompted an immediate apology.

A Foreign Office spokesperson told the Mail: “The FCDO has passed on their profound apologies to the Danish Royal Household through the Danish Embassy.”

It is claimed the mishap occurred due to the sheer amount of invitations sent out within a short space of time. And it now appears the protocol in regard to numbers from each country may not have been so clear cut, with King Willem-Alexander and Queen Maxima from the Netherlands arriving with Princess Beatrix. 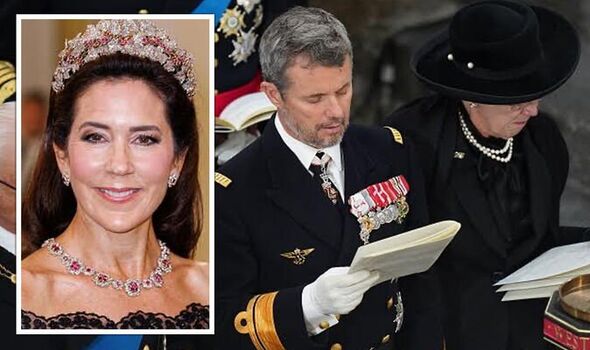 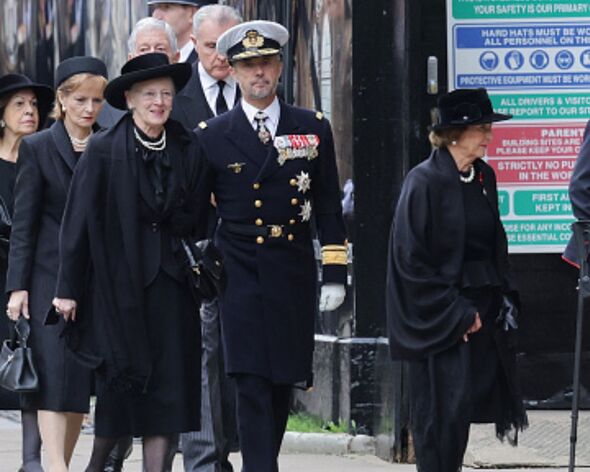 That is just one example of more than two people from one country who were allowed to attend.

But in this instance, the mistake in regards to Princess Mary had been noticeably evident due to the Danish Royal Family’s change in statement, which at first confirmed the attendance of all three royals – before it was replaced with a significant change.

“HM The Queen and the Crown Prince Couple (will be) present at the State Funeral of Queen Elizabeth II on 19 September 2022 at Westminster Abbey in London, Great Britain,” the family said.

The amendment said: “Her Majesty The Queen and His Royal Highness The Crown Prince participate from Denmark.” Prince Frederik was without his wife, his Australian-born princess, as he shed a tear amid the moving and incredibly poignant ceremony at Westminster Abbey’s chapel. 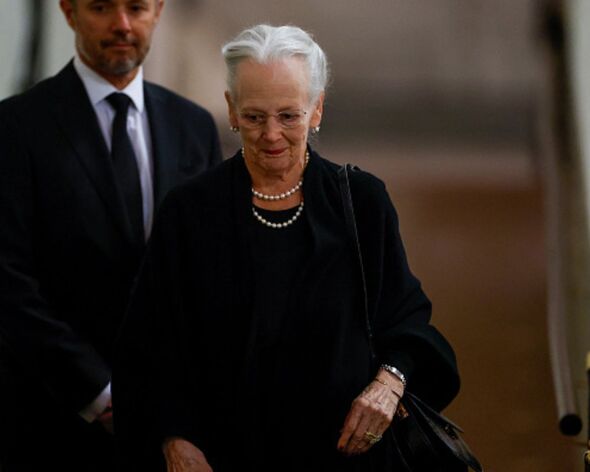 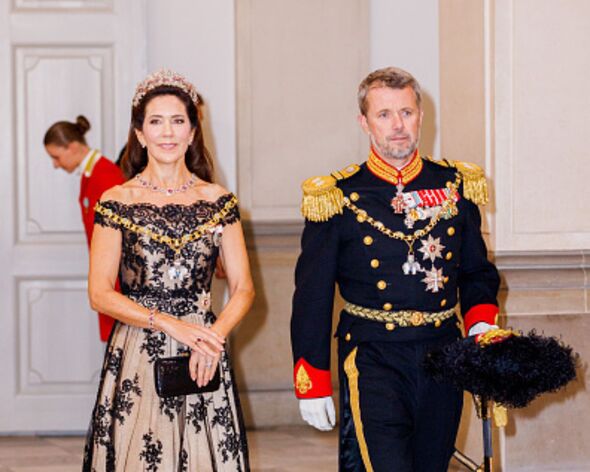 He and his mother, Queen Margrethe, who is the only reigning Queen left in the world, had been seated in the front row opposite the late Queen’s children; King Charles III, Queen Consort Camilla, Princess Anne, Prince Andrew and Prince Edward.

International reports suggest Princess Mary, who has Scottish roots, had met Queen Elizabeth II on more than once occasion and had forged relationships with other members of the British royal family.

But her absence would not have been missed yesterday as a whopping 4.1 billion watched it live on television or via live streamed across the globe making it the biggest live TV event in history.

Prince Frederik was also pictured walking up to the Abbey alongside his mother, but his wife was nowhere to be seen, indicating that Princess Mary may have stayed behind.

He married her mother Henrietta Clark Donaldson in Edinburgh in 1963, before emigrating to Ausralia the same year.

The princess was born in February 1972.