Prince George and Princess Charlotte were highly praised for their respectful and mature conduct during Queen Elizabeth’s funeral on Monday, showing how well their parents the Prince and Princess of Wales have prepared them for public life.

Royal biographer Angela Levin spoke to Dan Wootton on GB News  about the young family and the security they are ensuring for the future of the royals.

She told the presenter it was thanks to their parents that the royal children were so “marvellous”, saying: “I thought it was incredibly moving.

“I thought they were marvellous, those two young kids – thanks to their parents that they’ve been brought up to be really disciplined.

“I thought it was charming to see Charlotte in her grown up hat, she looked terrific and she also had her posture that was absolutely right.” 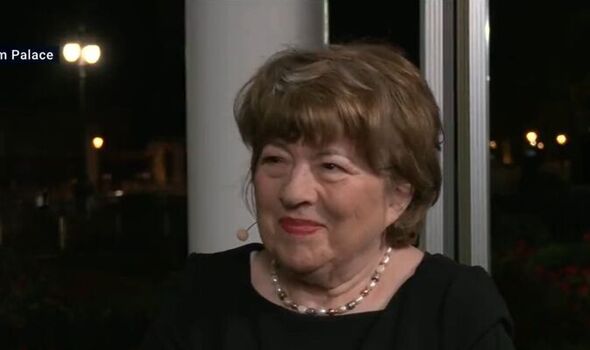 Ms Levin also explained how Charlotte’s more outgoing personality has been a great benefit to her older brother, and will continue to be when he becomes king.

She continued: “I thought it also helped George, because he’s quite shy and she’s quite a forceful young girl, knows her own mind very much, and for the two of them to be together like that they could really help each other.

“In a way it could be like Princess Anne and King Charles, that you’ve got someone very close to you whom you trust. 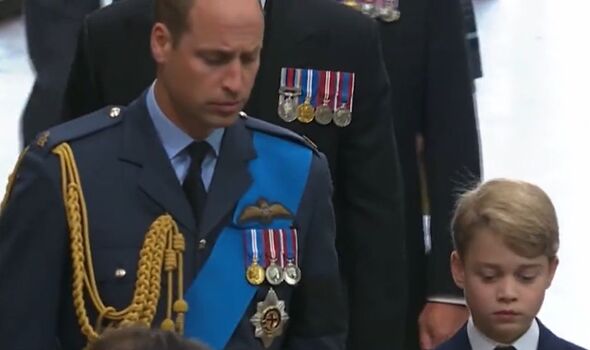 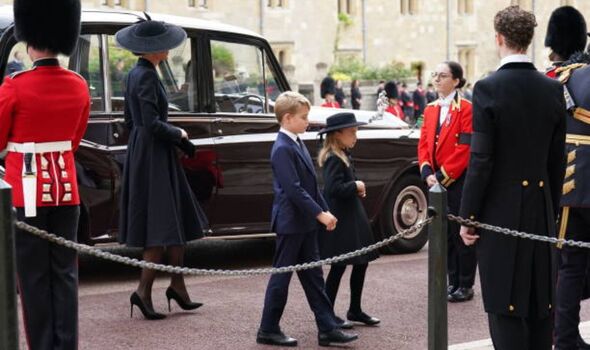 “What was very charming about George was that when he came in to the cathedral, usually he hold his father’s hand.

“Often Charlotte doesn’t because she’s not quite like that.

“But he walked on his own in front of his mother rather like his father would do because he’s the next in line, but he didn’t hold hands and she refused to as well.

“So this is, ‘if I’m in a grown up situation I’m going to be a grown up’, and I thought it was very touching.” 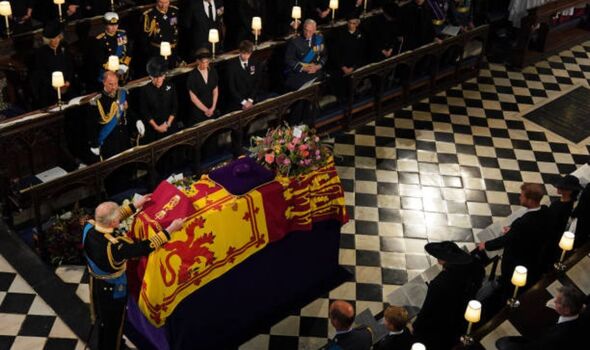 The journalist then elaborated on how the emotion of the day was still a lot for the little Cambridges to take in, adding: “After the ceremony in the cathedral she burst into tears.

“She’d been holding all that pain and sadness in her to be a grown up girl, and then when she was out in the open she could have a cry.

“Her mother put her arm around her and I thought maybe the two of them [George and Charlotte] won’t want to come to Windsor because it’s a lot to expect from young children.

“But they were immaculate, absolutely immaculate.”