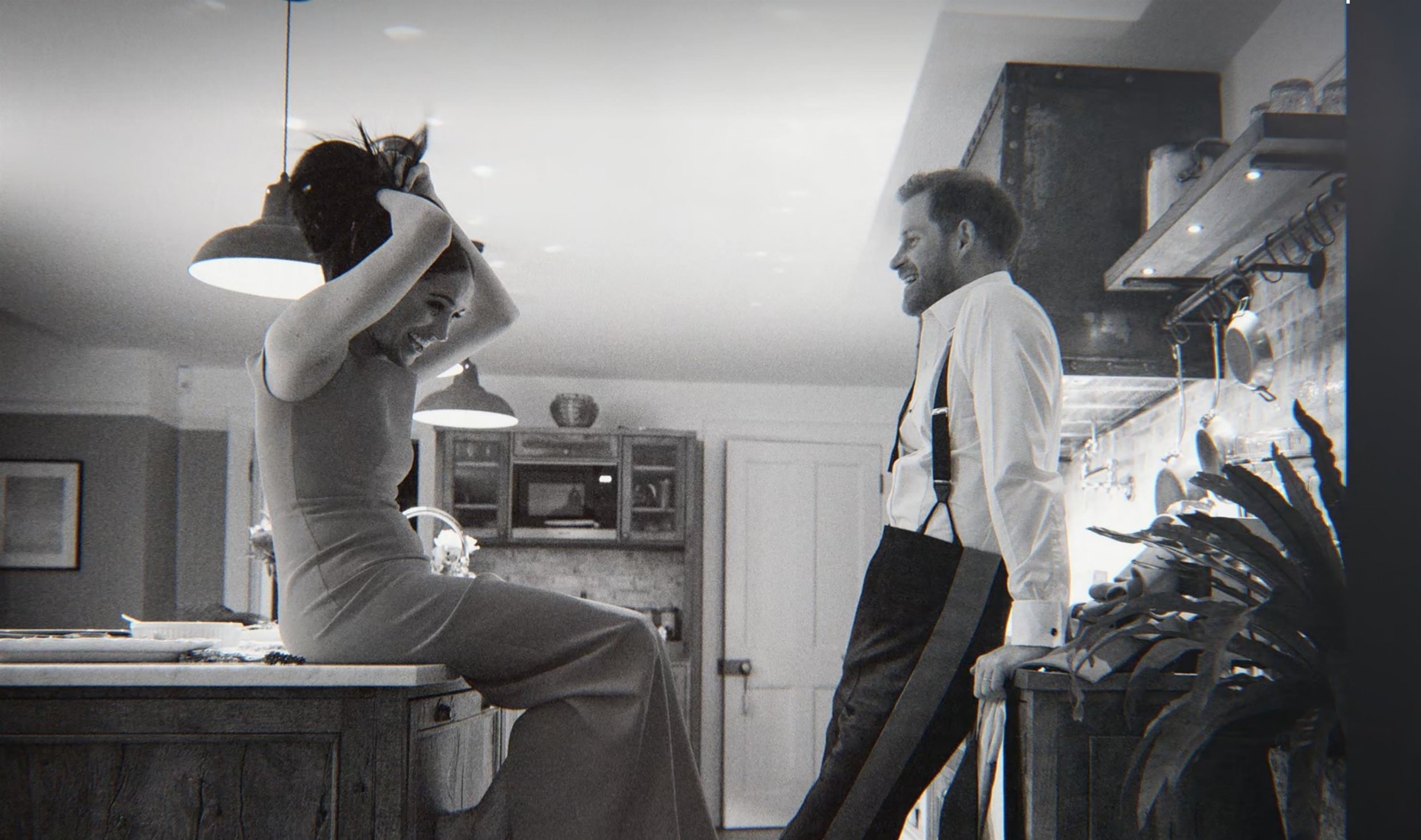 The Royal Family has so far remained tight-lipped over the claims in Prince Harry and Meghan Markle’s documentary which has just been released.

The first episode of the Netflix series, which saw the pair share their first message exchange with one another, opened with words in white on a black background.

It read: ‘This is a first-hand account of Harry & Meghan’s story, told with never before seen personal archive.

‘All interviews were completed by August 2022.

Both Buckingham Palace and Kensington Palace have previously denied receiving this approach for right of reply.

Metro.co.uk has also contacted the Royal Family for further comment, but has not yet received a response.

The first three episodes of the £88 million six-part series dropped online at around 8am this morning.

King Charles and Prince William are reportedly ready to issue a ‘swift and robust’ response to any ‘unjust claims’ in the programme – but so far have remained publicly silent.

But it has been claimed the Prince and Princess of Wales won’t actually watch the documentary themselves.

A source told The Mirror: ‘There’s a real feeling in the camp that Harry and Meghan are making a lot of noise and there isn’t much more to say.

‘But preparations are being made for all outcomes, especially if there are unjust accusations being made.’

The Duke and Duchess of Sussex have already made several claims in their initial trailers for the programme, including claiming they had ‘no protection’ from the Palace and accused aides of ‘planting stories’ against them for a ‘dirty game’.

Royal Family members were already thought to be ‘seething with rage’ over these claims.

A close friend said: ‘It’s really important to remember that these are real people. This isn’t a soap opera. They are human beings and a family, and there’s a great deal of sadness.’

An insider told The Sun there would be no ‘tit for tat’ reaction from the Palace, but added: ‘If there are parts which are blatantly wrong, then it is only right that they are corrected.

‘The trailers already have some glaring errors and misrepresentations, which doesn’t bode well for the full series. But the plan is to keep schtum and carry on.’

It is thought the King and the rest of the family will be carrying on with royal duties as normal on today, as the first circulation of coins bearing his portrait are launched.