In an unprecedented intervention that surpassed courtiers’ worst fears, Harry and Meghan accused the “Firm” of racism – and plunged the monarchy into its biggest crisis since the death of Princess Diana. One observer said: “There are no winners here. What did it achieve other than revenge?” As aides stayed silent on claims of racism and lack of support for Meghan when she joined the household, the Queen was left alone at Windsor Castle to deal with the fallout.

Her husband Prince Philip, 99, was still recovering in hospital following his heart operation.

Millions watched ITV last night to hear the Sussexes’ account. Most damning was an allegation that one royal – not the Queen nor Philip – had raised concerns about how dark their unborn son Archie’s skin tone might be.

They said Meghan was so distressed she had suicidal feelings.

Prime Minister Boris Johnson refused to be drawn into the storm but Labour said any allegations of racism should be investigated.

Harry and Meghan blamed the media for their decision to quit the UK, while listing a raft of complaints about their treatment by the royal household.

In excerpts released yesterday, Harry, 36, complained that his grandmother the Queen refused to see them at Sandringham. 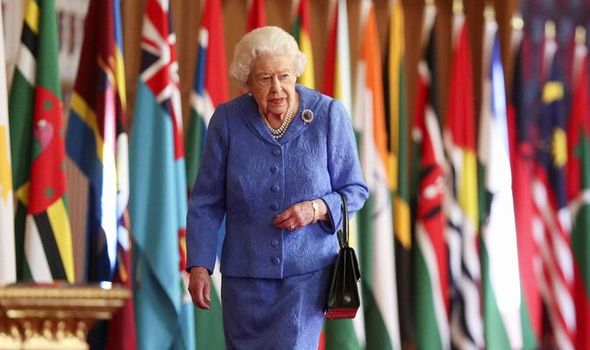 She was said to be busy all week as they returned from a long break to Canada in January last year, already wanting to step away from being full-time working royals.

In the time-honoured fashion of not wanting to be seen to criticise the monarch directly, he put that down to bad advice from courtiers.

But royal insiders accused the Duke of disloyalty to her, to the country – and to the institution he had insisted he would never hurt.

“It’s hard to see it as anything other than disloyalty to the Queen and the House of Windsor, which he will be part of for the rest of his life,” said Joe Little, managing editor of Majesty magazine. “There are no winners here. What did it achieve other than revenge?”

Two senior royals were seen yesterday for the first time since the TV revelations aired in the US. A masked Duchess of Cambridge stared straight ahead as she drove back into London’s Kensington Palace, hours after Meghan accused Kate on screen of making her “cry” in a row over bridesmaids dresses before she married Prince Harry. 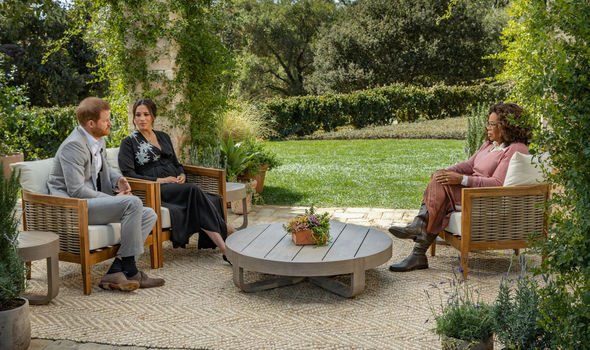 Meanwhile Camilla, Duchess of Cornwall, also looked disheartened while being driven through the capital.

Lord Zac Goldsmith, a Foreign Office minister of state whose family were close friends of Harry’s mother Princess Diana, said: “Harry is blowing up his family.”

Echoing a comment by the prince when the Queen’s assistant Angela Kelly refused Meghan permission to take a tiara to a hair appointment, he added: “What Meghan wants, Meghan gets.”

One Tory MP accused the couple of detonating a nuclear weapon on the Royal Family. But Labour leader Sir Keir Starmer called for palace staff to investigate their claims: “The issues that Meghan has raised of racism and mental health are really serious issues.”

In further developments, Oprah said Meghan had told her that when she joined the Royal Family a courtier advised her to tone down. 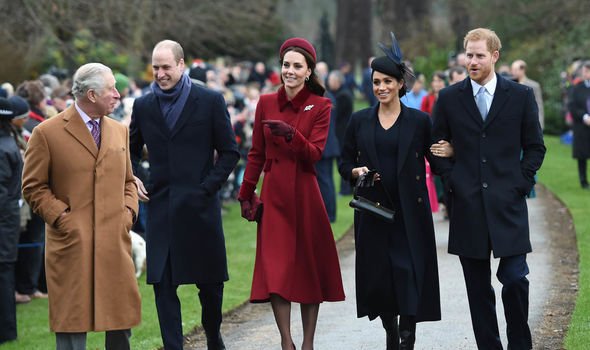 “She said she had been told, been given advice, that it would be best if she could be ’50 percent less’ than she was.

The Duke and Duchess were yesterday seen in a fresh photo of them cuddling son Archie.

The mono image was released by long-time friend Misan Harriman, soon after they revealed to Oprah that Meghan is expecting a girl. He wrote online: “What wonderful news to celebrate on International Women’s Day!

“Congratulations my friends, and welcome to the girl-dad club H.”

The snapper’s similar shot of the pair was used by them to announce the pregnancy last month.

It was also revealed yesterday that Meghan, 39, called her father Thomas Markle’s decision to pose for paparazzi pictures, and then deny it, a “betrayal”. 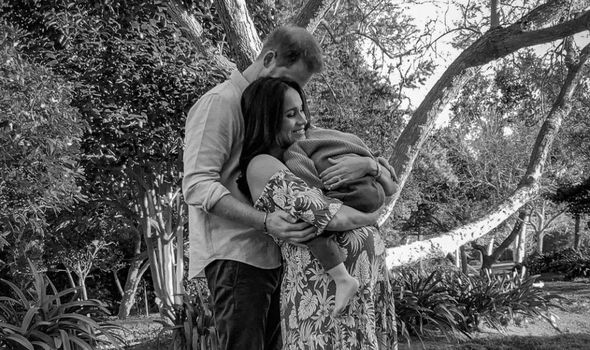 She also dismissed her half-sister Samantha Markle’s “tell-all book”, saying she had not seen her for 19 years and “grew up as an only child”. The Duchess added: “It’d be very hard to tell all when you don’t know me.

“When you talk about betrayal, betrayal comes from someone that you have a relationship with… I don’t feel comfortable talking about people that I really don’t know.”

In the interview, Meghan also claimed she and Harry were married in a private ceremony by the Archbishop of Canterbury three days before their public wedding at St George’s Chapel, Windsor Castle, in May 2018. But her spokesman admitted yesterday it was not a legal wedding but an exchange of vows. Meghan and Harry also claimed there were “concerns and conversations” inside the Royal Family before Archie was born, about his skin tone and “what that would mean or look like”.

Oprah said Harry did not tell her who was involved in the conversation. But he had said it was neither the Queen nor Prince Philip.

She said on CBS This Morning: “He wanted to make sure I knew, and if I had an opportunity to share it, that it was not his grandmother or grandfather that were part of those conversations.”

Boris Johnson said yesterday he had the “highest admiration” for the Queen”. Asked about the interview, he said “when it comes to matters to do with the Royal Family, the right thing for prime ministers to say is nothing”.