The Duke and Duchess of Sussex dramatically stepped down as senior royals back in March after saying they wanted to gain financial independence. They have since settled in California and even signed a lucrative Netflix deal, reportedly worth £112million. But the deal they made with the Queen to step away, dubbed the Mexgit deal, will be reviewed by Her Majesty, Prince Charles and Prince William in March, 12 months after their bombshell departure.

But some royal experts have suggested the review could result in a total exit from the Firm, with Meghan and Harry’s Sussex titles and HRH styles potentially being stripped.

Dr Anna Whitelock, Deputy Head of School of Humanities at Royal Holloway and royal commentator, told Express.co.uk the meeting in spring could “formalise the split”, rather than build bridges.

She said: “I suspect very little will change and there is no sign of Harry and Meghan wanting to return to the royal fold and all the rigmarole and responsibility that comes with that.

“The fact that Prince William has been approached to take over the role of Captain General of the Royal Marines previously held by Harry before he was stripped of his military appointments after stepping back from royal duty, suggests there is no expectation of a formal return to royal business for the Sussexes from either side.

“Instead it is more likely that the review will focus on the small print of what kind of commercial/media ventures the Sussexes might seek to be involved with and what the Palace might seek to prohibit. 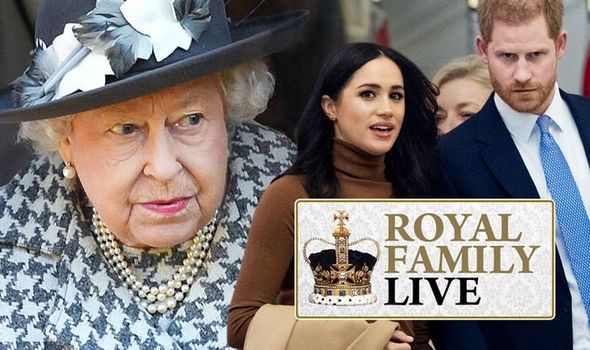 “And so, in short, the review will most likely formalise the split, at least for now, than signal the beginning of a rapprochement.”

He told Express.co.uk: “There are two titles involved, there is the HRH status and then there is the actual title of Duke and Duchess of Sussex.

“Obviously if the review in March concludes they can’t stay working royals, then it’s quite likely they would lose or forfeit their HRH styles.

“They have already put it into suspension.

“The way it is presented at the moment is that they are HRH but they choose not to use it, it doesn’t say that they are banned from using it.

“If this develops in the future, I think it will be presented in the same way – they choose not to be royals anymore.

The Duchess of Cambridge made the remark during a Q&A session about early years parenting after the release of her “milestone” study. In a video posted on Kensington Royal’s social media, the Duchess answered questions from the public.

The Duchess was asked: “How do you manage toddler tantrums in your household especially with multiple children?”

The royal responded: “That’s a hard one. I’d also like to ask the experts myself.”

The video was posted on Instagram and Twitter days after Kensington Royal released the findings of the UK’s largest-ever study on early years parenting.