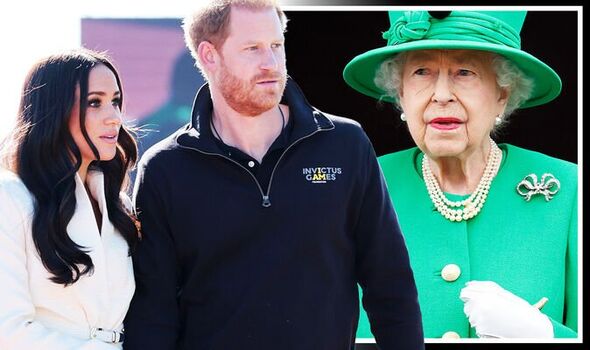 The Duke and Duchess of Sussex have been left hurt by their treatment in the UK by the public and other members of the Royal Family during the celebration to mark the Queen’s 70-year reign, according to Heat Magazine. The couple are reportedly furious after being booed outside St Paul’s Cathedral and being snubbed by Prince William and Kate who snubbed their invite to Lilibet’s first birthday celebration. An insider told Heat: “It was a kick in the teeth that the Cambridges didn’t attend. For Meghan, it just strengthened her resolve to not come back.”

Prince Charles could be considered for taking over as Regent if the Queen became unable to hold her weekly meetings with Boris Johnson, a royal expert claimed.

Although we “aren’t quite there yet”, the Regency Act may be implemented if the Queen is unable to carry out her royal duties, with the “tipping point” being her weekly meetings with the current Prime Minister, a royal expert claimed.

Speaking on Royally Us, royal author Christopher Andersen said: “[This] was [a] very significant moment in history”.

“You have to have three out of five officials say well, she [the Queen] can’t handle the duties anymore.

“I think the tipping point would be if she couldn’t meet with, have her weekly meetings, audiences with the Prime Minister.

“At that point, I think, she’s so, such a workaholic and she know those famous red leather boxes with all the tables, she studies them, you know, she really thinks that’s the major part of her job is to keep abreast of affairs.

“If she can’t do that anymore, it’ll just be interesting to see if we end up with Charles Regent before he becomes King”.

Prince Harry upset after being ‘ridiculed’

Prince Harry was left upset by the heckling outside St Paul’s Cathedral during the Platinum Jubilee, an insider told Heat.

The source said: “Being ridiculed like that was very hard for Harry to take.

“He tries not to read the negative things written about them, but there was no avoiding it.

“There were plenty of cheers for them, too, but they know some of the public didn’t want them to come back for the Jubilee and that was really hurtful.”

Good morning from London. I’m Tara Fair, I’ll be bringing you all the latest developments on the Royal Family. Please feel free to get in touch with me as I work if you have a story or tips to share! Your thoughts are always welcome.