Buckingham Palace announced the Queen had died “peacefully” at Balmoral in Aberdeen on Thursday as members of the Royal Family rushed to be by her side. King Charles and Camilla, Queen Consort will now ascend the throne. But his succession has sparked renewed calls from the Caribbean to remove the monarch as their head of state.

Chair of the Bahamas National Reparations Committee, Niambi Hall-Campbell said: “As the role of the monarchy changes, we expect this can be an opportunity to advance discussions of reparations for our region.”

Ms Hall-Campbell sent her condolences to the Royal Family adding that she hoped Charles would rule in a way reflecting the “justice required of the times. And that justice is respiratory justice”.

Following his mother’s death, Charles said the moment is of “great sadness” for all members of the Royal Family.

He added: “We mourn profoundly the passing of a cherished sovereign and a much-loved mother. I know her loss will be deeply felt throughout the country, the Realms, and the Commonwealth, and by countless people around the world.

“During this period of mourning and change, my family and I will be comforted and sustained by our knowledge of the respect and deep affection in which the Queen was so widely held.” 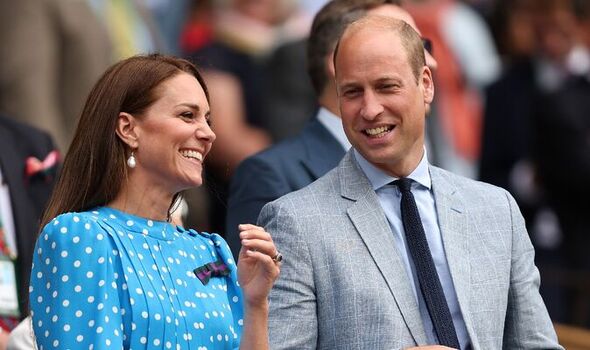 ‘An era comes to an end’- Angela Merkel

Angela Merkel has thanked the Queen for her “devotion and her dignity” in the UK, Europe and the World.

The former German Chancellor, who met the Queen on several occasions said she heard the news with “the greatest sadness”.

Ms Merkel said: “With her death, an era comes to an end.

“There are no words that can even come close to honouring the outstanding importance of the Queen, her sense of duty, her moral integrity, her devotion and her dignity over seven decades for the United Kingdom, for Europe and for the world,”

“The honour that I had the privilege of meeting her several times and that she received me for the last time at the end of my term of office last year will always remain unforgettable for me,

“My thoughts at this hour are in a special way with the Royal Family and His Majesty King Charles III.” 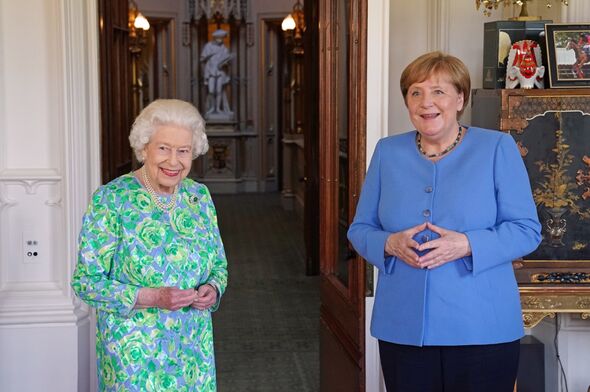 Sir Elton John paid further tribute to the Queen at his concert in Toronto, Canada.

The singer-songwriter praised the monarch and her “inspiring presence”.

He told his audience the Queen had led Britain through “some of our greatest and darkest moments” saying she “deserved” her final rest.

He went on to give a rendition of his track ‘Don’t Let the Sun Go Down on Me’ while images of the Queen were displayed on screens around him.

IN PICTURES: Buckingham Palace this morning

Crowds have begun to gather outside Buckingham Palace this morning to pay their respects to the Queen.

Flowers have been left by well-wishers are members of the public were spotted crying and coming to terms with the news of the Queen’s death.

King Charles III and Camilla, Queen Consort are due to return to London later today. 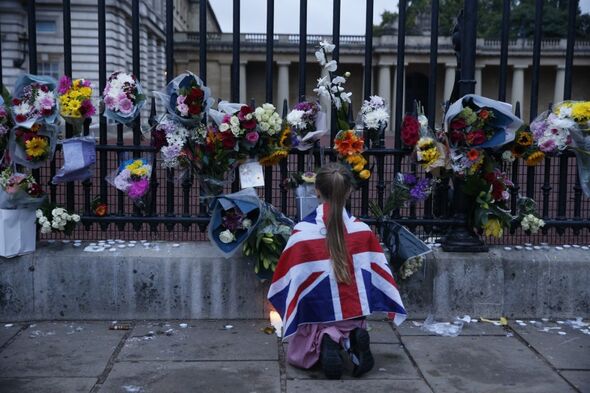 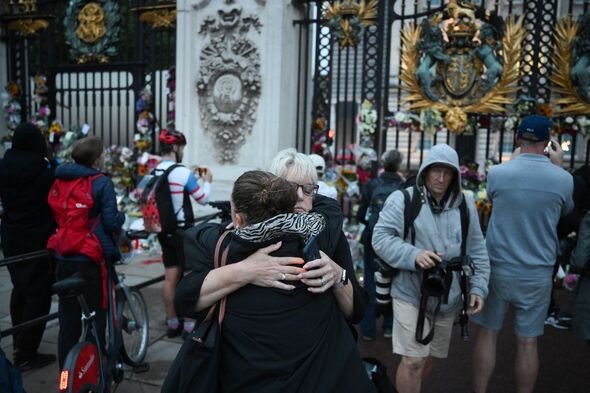 Good morning I’m Francesca Edwards, I’ll be bringing you all the latest developments on the Royal Family. Please feel free to get in touch with me as I work if you have a story or tips to share! Your thoughts are always welcome.