Prince Harry and Meghan criticised over brands by Graham

The late princess’ former butler Paul Burrell issued a warning over how the upcoming Netflix programme, which will be a sequel to Diana: In Her Own Words. Mr Burrell claimed Diana’s youngest son Harry may “torn and uncomfortable about his recent actions” if he watches the programme, following his decision to quit the Royal Family and sign lucrative deals with Netflix and Spotify in the US. The moves have put Meghan squarely in the spotlight – creating uncomfortable parallels with his own mother.

The former royal staff member added Meghan appeared to view her late mother-in-law as a “role model” and could “relate” with the late princess.

Mr Burrell warned this may “divide” the couple, which promises to share “more insight into Diana’s life and for them to be compared”.

He told Closer: “There’ll no doubt be more secrets unveiled and it’ll show more of an insight into who she was.

“Around that time, she was extremely paranoid – she believed she was being bugged by the press and followed. 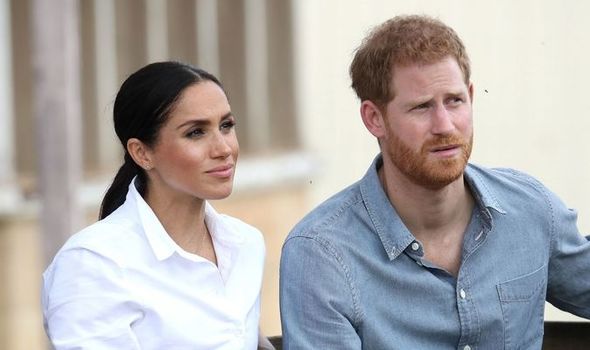 “She had me lifting up floorboards and disconnecting the phone at some points.

“[Harry] has always hated the fact his mother was exploited – and now the same is happening on the very same platform he and Meghan are working on.”

The new documentary will reportedly include video tapes of Diana that were made by royal author Andrew Morton as he wrote his biography of the Princess in 1992.

Mr Burrell added the video tapes are “likely to be conversations with [Diana’s] voice coach Peter Settelen and the audio tapes she sent back and forth to her biographer, Andrew Morton”.

The Duke and Duchess of Sussex quickly signed a multimillion pound deal with Netflix after settling into a new life in California last year, where they are set to produce documentaries, TV series, feature films, scripted shows and children’s programming.

Harry and Meghan also signed a deal with Spotify to make a podcast and now their latest venture for their Archewell Foundation is a multi-year partnership with consumer goods company Procter & Gamble. 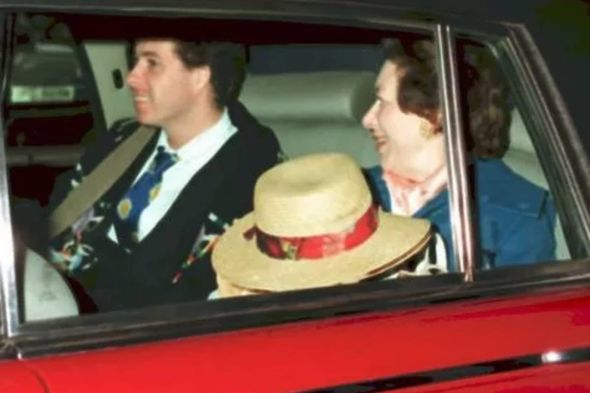 8.04am update: Princess Margaret’s iconic Rolls-Royce expected to sell for up to £55,000 at auction

It is the latest Royal memorabilia auction, and is expected to sell for up to £55,000. Margaret’s 1980 Silver Wraith II is being sold with H&H Classics at IWM Duxford in Cambridgeshire on May 26.

While Margaret owned the limited Rolls-Royce, it is believed to have carried the Queen, Diana Spencer before she married Prince Charles, and former US president Ronald Reagan and First Lady Nancy.

The vehicle has 48,000 miles on the clock, with its final official journey conveying family members to Margaret’s funeral in 2002.

The car was tailored to Margaret’s personal specifications, with it being in her possession for 22 years.

Damian Jones, head of sales at H&H Classics, talked up the Rolls-Royce ahead of its auction

He said: “This is a very special, very important and low mileage Silver Wraith II which surely belongs in a museum.

“It is offered for sale with copy build records, service invoices and a wealth of period photos.”

7.55am update: Prince Charles is ‘killing two birds with one stone’ after royal row with Prince Harry

The Sussexes’ caused a global sensation when they were interviewed by US talkshow legend Oprah Winfrey in March. Meghan discussed her mental health difficulties and said there were “concerns and conversations” within the family about Archie’s skin tone prior to his birth

Harry was reunited with the Duke and Duchess of Cambridge last month for Prince Philip’s funeral.

However, one royal expert argued the dispute between the Sussexes’ and other royals “will not be solved”.

Royal expert Molly Mulshine suggested this could fit into Charles’ reported plan for a “slimmed down monarchy”.

Speaking on the Royally Us podcast, which she co-hosts, Ms Mulshine said: “It must have been really hard to even broach the subject when they were dealing with the funeral while Harry was back.

7.52am update: Meghan and Harry tipped to name daughter with touching tribute to Prince Philip

The next anticipated royal baby, due in the summertime, could be named Philippa after her great-grandfather, who passed away on April 9, aged 99. Bookies slashed the odds on the name to 3/1 beating out other close competitors such as Diana and Elizabeth.

Jessica O’Reilly of Ladbrokes said: “Royal fans are increasingly hopeful that Harry and Meghan will name their daughter Philippa, and we’ve been forced to cut the odds accordingly as it’s the only name punters are backing right now.”