Mr Morgan sat down with Fox host Tucker Carlson on Monday in his first on-camera interview since leaving Good Morning Britain last month. Mr Morgan had quit following an explosive row over comments he made about claims made by the Duke and Duchess of Sussex during their chat with Oprah. He told Mr Carlson: “I still don’t believe what they were saying, and in particular, I don’t believe what Meghan Markle was saying. Seventeen different claims by the pair of them have now been proven to be either completely untrue, or massively exaggerated, or unprovable.”

He added: “I didn’t believe Meghan Markle. A huge fury erupted through the day. I was in outrage.

“I wasn’t allowed to have an opinion that I didn’t believe what she was saying, even though it was clear to me in real time as I was watching the interview that there were a number of things that couldn’t be true.

“I just find that impossible to believe that you would have two people in the palace who would be that callous to a woman telling them that she was suicidal,” he continued.

The outspoken TV personality again lashed out at Meghan for the accusations she made in her interview with Oprah, and urged her to reveal names. 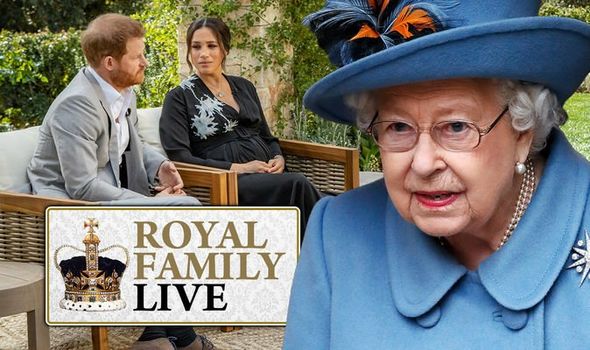 “You’re accusing people in the palace of being unspeakably cruel simply to protect the brand of the Royal family. If that is true, let’s have the names of these people, and let’s go to them and ask them is this true,” he said.

“So for Meghan Markle to try and create a story that says that the decision to not make Archie the title of prince was based on his skin color is a lie.”

Last month, photos emerged showing a young Harry sitting on the back of a bicycle being ridden by his father Prince Charles in the grounds of the Sandringham Estate in Norfolk in 1990, but Harry appeared to have no recollection of such family days out when he was grilled by Oprah.

It also emerged Harry and Meghan held talks with another streaming giant a full year before Megxit took place – again calling into question some of the explosive claims made in the Oprah interview.

The couple was in talks with a £1.3billion-backed US streaming giant a full year before they stepped down as senior royals, and sources claim talks went so well that Prince Harry even met with executives at failed streaming platform Quibi, according to the Daily Telegraph.