Fans of the Duchess of Sussex have reacted in fury after it emerged the father-of-three was struck down by COVID-19 in April but decided not to make it public. Meghan’s supporters pointed out William had not faced backlash for hiding his diagnosis, but Meghan was hit by criticism for shrouding her pregnancy in secrecy.

One tweeted: “William is reported to have been diagnosed in Apr at around the same time as his father.

“We are only hearing about it now, in Nov. Back at the birth of Archie, the proceedings were cloaked in secrecy. The backlash was swift & angry, Double Stds #MeghanMarkle”

Another said: “Meghan Markle’s treatment by the UK press and British Royal Family will stay with me, especially when pregnant.

“As the philosopher Michael Jordan said, I took that personally. She was expected to show every inch of her uterus but Prince William can hide COVID-19 & alleged affairs.”

Another said the contrast between William and Meghan’s treatment was “ridiculous”. 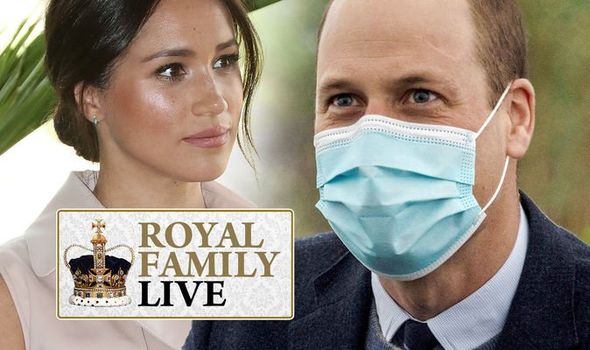 Another added: “Y’all now know what privacy is when a future king, Prince William, allegedly had a deadly virus.”

They said when Meghan was pregnant, however, the public “forgot what privacy was”.

A fan added: “Has #MeghanMarkle been blamed yet for the saintly #PrinceWilliam contracting Covid-19.”

Others even used it as a way to defend Meghan’s decision to quit the Royal Family with her husband Prince Harry earlier this year.

One added: “What a SHOCK there is no criticism of #PrinceWilliam’s lie regarding his supposed Covid diagnosis by the same #BritishMedia that would have eviscerated #MeghanMarkle & #PrinceHarry 10 different ways for the same thing by now. THIS is one reason the Sussexes said FU & ditched.”